That’s one impressive (and quite varied) line-up.

Dozens upon dozens of acts have been officially added to the line-up for Glastonbury 2017 as of Thursday morning, further increasing the appetite for what is always one of the highlights of the summer festival season.

The National, Lorde, Stormzy, Katy Perry, The XX, Alt-J, Run the Jewels, Dizzee Rascal and our own Lisa Hannigan are amongst 88 acts added to the bill for the festival, which will take place in Worthy Farm in Somerset from June 21 to June 25.

END_OF_DOCUMENT_TOKEN_TO_BE_REPLACED

Check out the full line-up (for now, there will be more acts announced between now and the start of the festival) at the bottom of the page.

In great news for fans of disco music, Chic have also been confirmed for the festival, while Barry Gibb of the Bee Gees has been pencilled in for the ‘Legends’ slot on the Sunday night.

As you probably know well by this stage, the festival will be headlined by Radiohead (Friday), Foo Fighters (Saturday) and Ed Sheeran (Sunday); tickets, unfortunately, are long since sold out. 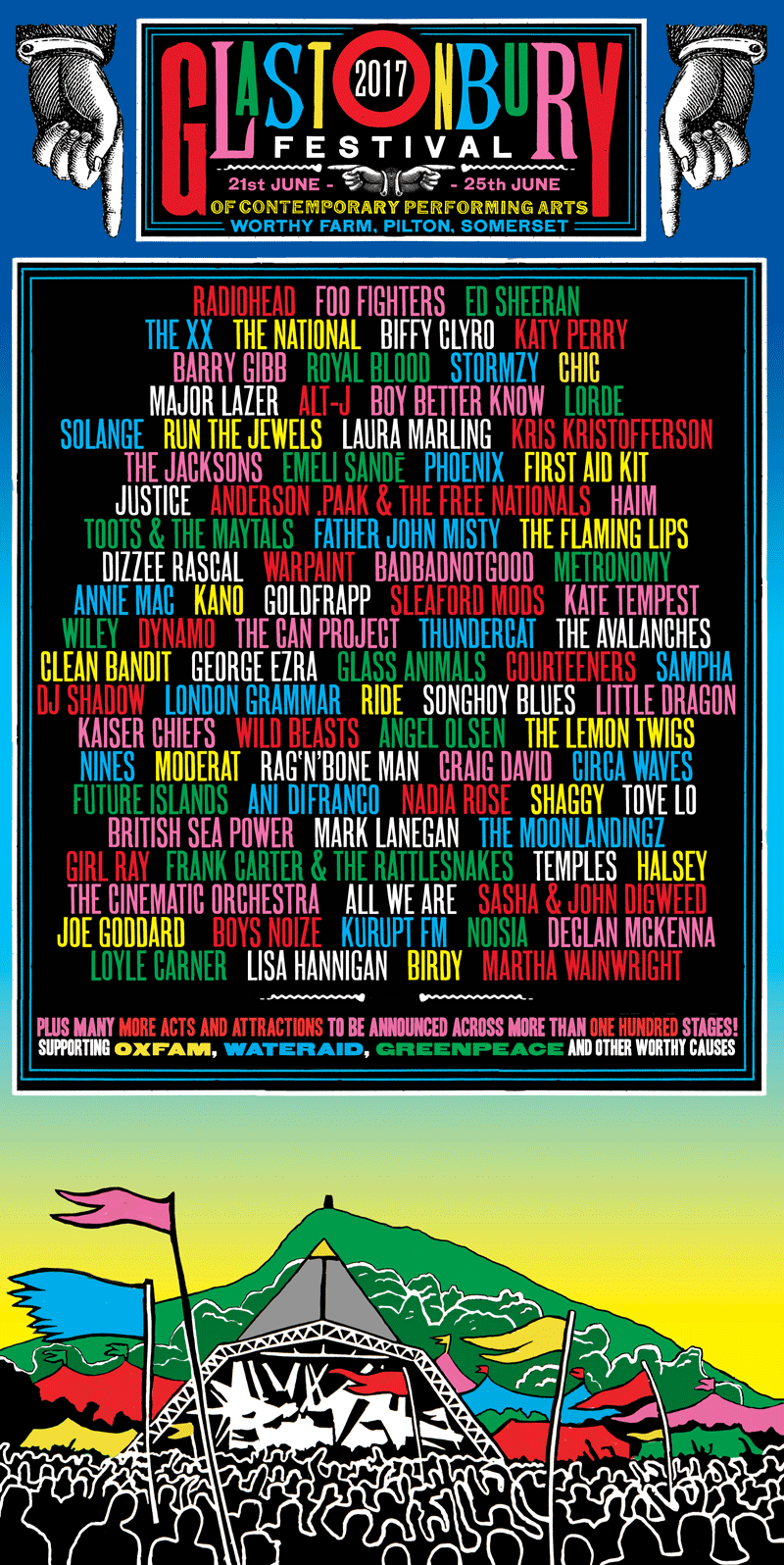 House of Rugby Ireland · Ireland's feel-good win, Casey's initiation song, scrapping Sexton and Scott Williams interview
popular
Eoghan McDermott to leave RTÉ after six years (Report)
One man has been charged following Limerick street party, 50 FPNs issued
Sony are giving away a free game to all PS4 and PS5 owners
WATCH: Colin Farrell is in deep trouble in deep space in the first trailer for Voyagers
€17,500 worth of cocaine found at street party in Limerick
Turns out one of WandaVision's biggest solved mysteries hasn't actually been solved yet
One of the most fertile men in Ireland is a guest on tonight's Claire Byrne Live
You may also like
4 days ago
The JOE Music Quiz: Week 46
5 days ago
Bruno Mars and Anderson Paak join forces for new joint album
5 days ago
Ireland's entry for the 2021 Eurovision song contest has been revealed
1 week ago
Daft Punk confirm split after 28 years
1 week ago
JOE’s Song Of The Day #884 – Philip Noone 'Say Anything But A Goodbye'
1 week ago
The JOE Music Quiz: Week 45
Next Page