The band’s first Irish show in 2019 will take place at their favourite venue in the country by far.

Hermitage Green have announced that they will be returning to King John’s Castle in Limerick this summer for their first Irish show of the year.

On 27 July, the band will take to the stage at the same venue where they paid tribute to the late Dolores O’Riordan last year, a tribute that touched a chord with local audiences and garnered acclaim worldwide.

END_OF_DOCUMENT_TOKEN_TO_BE_REPLACED

The band have been busy of late, having completed a sold-out tour of Doha, Qatar, Dubai, United Arab Emirates and Sydney, Perth, Melbourne in Australia, which followed an inaugural nine-show theatre tour across Canada, which also sold out.

The gig at King John’s Castle, presented by Dolan’s, will be the band’s first show in Ireland in 2019 and if that wasn’t enough cause for excitement amongst Hermitage Green fans, they have also announced that they will be releasing their first single since their recent EP, Gold & Rust, next month.

END_OF_DOCUMENT_TOKEN_TO_BE_REPLACED

The new single will be available across all streaming partners on Good Friday, 19 April.

Tickets to the gig in July will go on sale this Friday, 29 March. The event is expected to be a sell-out performance so early booking is recommended.

“Last year’s gig was so special to us and something we will never forget and we look forward to bringing a whole new show back to Limerick City this summer.” 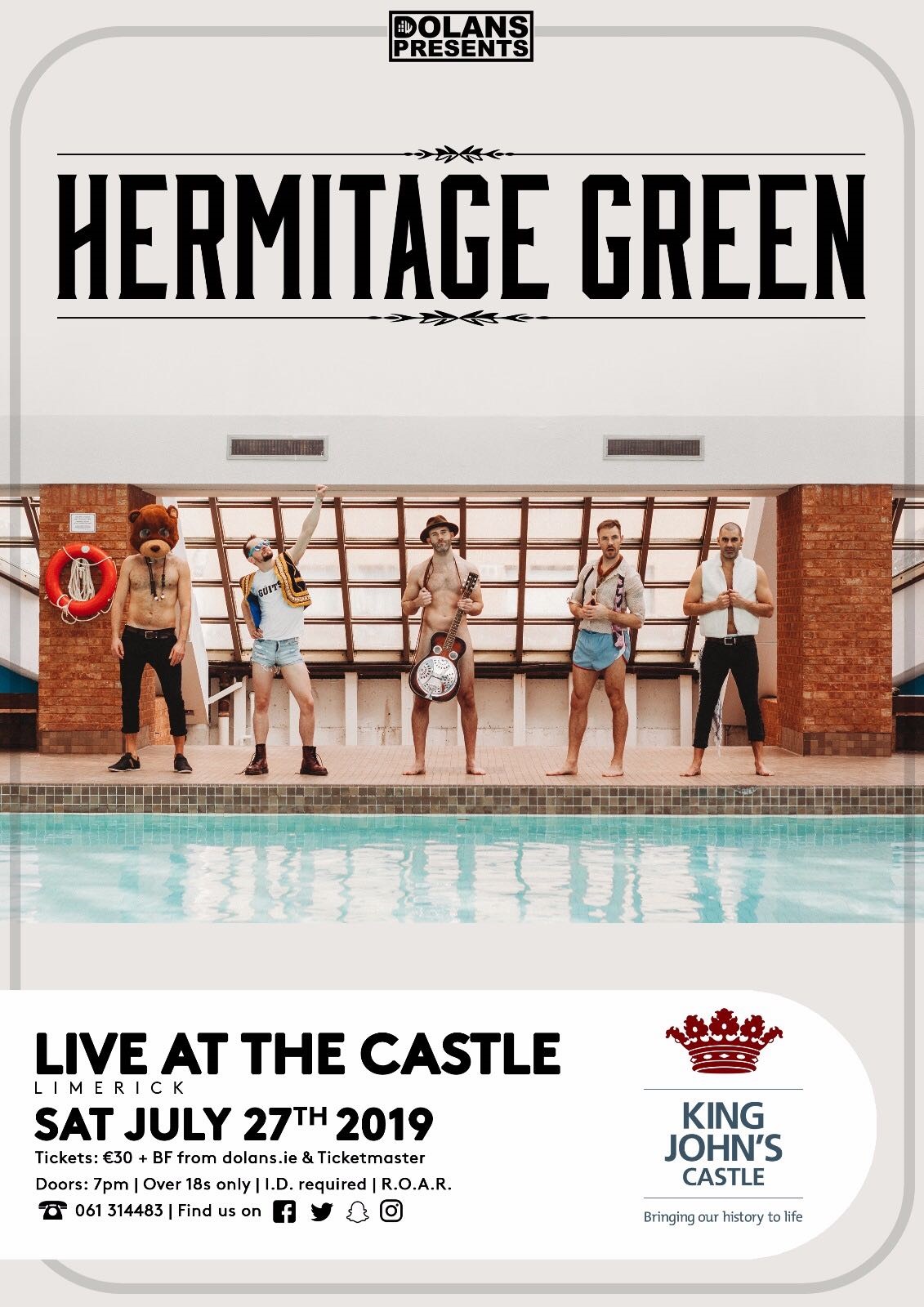 END_OF_DOCUMENT_TOKEN_TO_BE_REPLACED

Niall O’Callaghan, Managing Director at Shannon Heritage, added: “Shannon Heritage have focused significantly over recent years to develop both the King John’s Castle visitor experience and to position the historic castle as a destination venue for a wide range of cultural events. We have seen a tremendous reaction to the Live at King John’s Castle concert offering and audience feedback has been consistently positive.

“To be in a position to welcome back Hermitage Green - a group of local lads who have made such an impact on the Irish music scene – is one we take great pride in,” O’Callaghan added.

“We look forward to welcoming the guys back to King John’s Castle in July and can guarantee audiences a night they will never forget.”

popular
Met Éireann issues Status Yellow rain warnings for five counties
Paul Reid announces decision to step down as HSE boss with a "heavy heart"
Met Éireann issues weather warning for three counties
QUIZ: Can you conquer this delightfully difficult General Knowledge Quiz?
Disney+ has just added 13 big movies to its library
QUIZ: Take your very best shot in this tough General Knowledge Quiz
Aer Lingus apologises for multiple cancelled flights to and from Dublin Airport
You may also like
5 days ago
Acclaimed traditional Irish guitarist Dennis Cahill has died, aged 68
1 week ago
The JOE Friday Pub Quiz: Week 299
1 week ago
UK lined up as host for Eurovision 2023 after organisers rule out Ukraine hosting
1 week ago
Sinéad O'Connor cancels all live dates for 2022 due to "continuing grief"
1 week ago
Joker 2: Lady Gaga reportedly in talks to play Harley Quinn in sequel
1 week ago
You have one last chance to get Garth Brooks tickets – but you best be quick
Next Page