As fans of the man himself and of The Greatest Showman won’t need reminding, Hugh Jackman is in Dublin this week for the latest stop on his world tour, titled The Man. The Music. The Show.

Probably one of the most popular people in showbiz as it is, it’s not as if Hugh needed to endear himself to his Irish fanbase any further, but he did just that on Wednesday night when sampling a pint of Guinness on Irish soil for the first time. 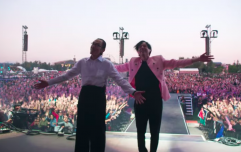 END_OF_DOCUMENT_TOKEN_TO_BE_REPLACED

Hugh says he’s been a Guinness drinker for as long as he can remember, but as anyone who has tried the black stuff abroad will know, there’s no guarantee it will taste as nice as it does in Irish establishments, particularly those with a reputation for serving a good pint of the good stuff.

“My whole life, I’ve drunk Guinness, but they always say it’s different in Ireland,” said Hugh in a video posted on his Twitter account from an unidentified establishment in Dublin.

“I’ve waited 50 years for this one,” said an excited Hugh as he took a hearty sip of the pint in question, which aficionados might say could have done with an extra second or two to settle before it was ready to drink.

There didn’t seem to be any hint of acting in Jackman’s incredibly satisfied reaction to the pint afterwards and to be fair to him, he had earned it after hitting the gym in Dublin earlier in the day. 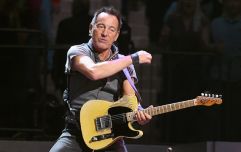 END_OF_DOCUMENT_TOKEN_TO_BE_REPLACED

Alas, tickets for all three performances are all sold out.

The Big Reviewski || JOE · TBR Spotlight: Loki - Episode Two - 'The Variant'
popular
QUIZ: Can you name all these European countries from a list of cities?
The Queen appealing for volunteers to weed the garden of her Sandringham Estate
QUIZ: Can you get full marks in this potentially very frustrating general knowledge quiz?
The 50 most iconic songs of all time* have been revealed
PICS: The man with the biggest penis in the world has one unbelievable problem with it
Met Éireann warn of thunderstorms as Atlantic system set to hit Ireland
The JOE Friday Pub Quiz: Week 248
You may also like
2 days ago
Five great new movies added to your streaming services this weekend
5 days ago
There are four big movies arriving in Irish cinemas this week
6 days ago
Vue cinemas announce reopening dates from later this month
6 days ago
Robert De Niro's new comedy is available to watch at home in Ireland this week
6 days ago
Lin-Manuel Miranda on the strong Irish connection to his new movie In The Heights
1 week ago
EXCLUSIVE: Connie Nielsen discusses what is happening with Wonder Woman 3
Next Page