Christ on a bike.

Watching our ill-fated Eurovision attempts crash out of the contest have become something of a national pastime in recent years.

It's like Ireland has been cursed by the 'My Lovely Horse' episode of Father Ted - the prophecy has come true.

END_OF_DOCUMENT_TOKEN_TO_BE_REPLACED

But just how much it costs us to send our acts to Eurovision has been revealed and it might just make you feel queasy.

RTÉ spent €331,000 on sending Brendan Murray and his team to this year's competition.

The Herald reports that this includes a contest entry fee of €84,500 but, incredibly, doesn't include the broadcaster's production costs. 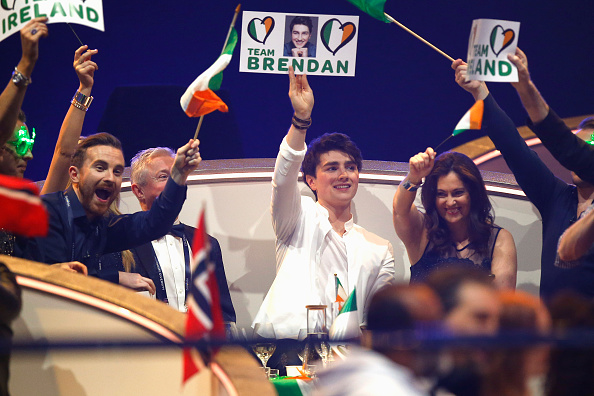 END_OF_DOCUMENT_TOKEN_TO_BE_REPLACED

The singer went to Kiev in the Ukraine for the Eurovision with a team of 15 people, including his tour manager, five backing vocalists, RTÉ's head of press, a sound engineer, a vocal coach and a photographer, according to the Irish Independent.

A representative for RTÉ said that Ireland's entry was "excellent value for money for RTÉ and for Irish television licence-fee payers."

"This year, an average 273,000 viewers tuned in over the course of the three nights of the contest, representing a 21pc share," she said.

The state broadcaster recorded losses of €19.7 million in 2016, it was revealed this week.

The Irish Examiner reports that reduced state funding and a number of large-scale events were among the reasons for the losses at RTÉ.

popular
The JOE Friday Pub Quiz: Week 307
WATCH: Flight makes scary 'lowest ever landing' at Greek airport, narrowly avoiding plane spotters
Danny Healy-Rae insists the Puck Fair goat is safe and well looked after
Netflix has just added an incredibly tense 97-minute thriller
Shooting stars set to light up Ireland's skies this weekend
Actress Anne Heche "not expected" to survive coma following car crash
A great underseen action thriller is among the movies on TV tonight
You may also like
3 hours ago
Disney+ has just added 10 big movies to its library
1 day ago
Breaking Bad and Better Call Saul creator reportedly has next new show lined up
1 day ago
The new Love Island and 8 more new movies & shows to watch this weekend
1 day ago
WATCH: House of Hammer details the alleged crimes of award-winning actor Armie Hammer
2 days ago
Prime Video has just added 25 very big movies to its library
3 days ago
5 must-watch shows and movies streaming on NOW in August
Next Page