By her own admission.

Based in Australia for some time now but born and raised in both Dublin and Wicklow, Bonniesongs is an artist with a taste for the theatrical.

I mean, that's obvious enough given the above image which comes from the video for new single 'Frank', but there's more to Bonnie Stewart than fright make-up.

Forthcoming debut album Energetic Mind presents a savvy musician with a flair for folksy songs with an artful kick, and is worth checking out when it drops on 6 September.

For now, you can make do with the latest cut to emerge in the form of 'Frank' and its ghoulish accompanying video, which you can check out below.

"I’m a pretty visual person, so even when I’m writing lyrics, I’m usually picturing a scene or image," says Stewart. 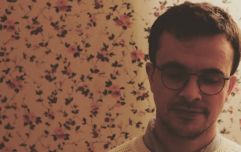 END_OF_DOCUMENT_TOKEN_TO_BE_REPLACED

"I particularly enjoyed making the video for ‘Frank’ - we got to fulfil our lifelong destinies to dress up as zombie monsters and it was the best thing ever!"

Bonniesongs comes home for a headline show Upstairs at Whelan's in the capital on Thursday 12 September.