The best of the live music gigs around the country this week.

Who: Dixie Chicks
When: May 4
Where: 3Arena, Dublin

There is no getting away from it in this country. Country and Western music is big business in Ireland. One of the most successful bands from that genre come to Ireland for a gig at the 3Arena and it will be packed to the rafters. 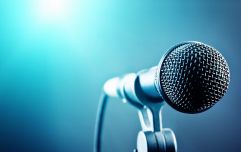 END_OF_DOCUMENT_TOKEN_TO_BE_REPLACED

Who: Kate Voegele / Tyler Hilton
When: May 6
Where: The Academy, Dublin

Both are American singer-songwriters and both have been in that TV show One Tree Hill. Both of them are coming to Dublin to perform for you. No, not you, you. 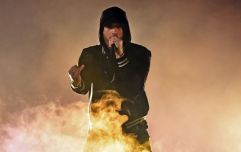 END_OF_DOCUMENT_TOKEN_TO_BE_REPLACED

Who: Stomptown Brass
When: May 6
Where: The Spirit Store, Dundalk, Co. Louth

This is going to be loud and all kinds of fun. Get your party on and dance yourself silly. 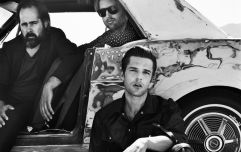 END_OF_DOCUMENT_TOKEN_TO_BE_REPLACED

Who: The Frank & Walters
When: May 7
Where: Whelan's, Dublin

One of the best bands to come out of Cork and indeed Ireland. The Frank & Walters were on the cusp of world domination a few years ago, but a series of mitigating factors prevented that.

Never mind, they're back and sounding as brilliant as ever. This will be a cracker of a gig.

Who: Kula Shaker
When: May 7
Where: Dolan's, Limerick

This English band were huge back in the 90s. They went away for some reason, but they are back and they know how to put on a great live show.

They will rock Dolan's to its core with such ditties as this one.

popular
The JOE Friday Pub Quiz: Week 220
Harry Styles hits back at critics who told him to be more 'manly'
The JOE Movie Quiz: Week 80
Status Yellow snow warning issued for five counties
Here are the 6 best movies on TV tonight
Facebook to remove false claims about Covid-19 vaccine
Here's the lineup for this week's Late Late Show
You may also like
3 years ago
Liam Gallagher had some seriously high praise for the crowd at his Irish gig this week
4 years ago
Badly Drawn Boy announces first Dublin show in almost 10 years
4 years ago
New technology will prevent people recording live music on their smartphones
4 years ago
JOE’s 5 go-to gigs in Ireland this week (June 20 – June 26)
4 years ago
JOE’s 5 go-to gigs in Ireland this week (June 13 – June 19)
1 month ago
WATCH: Hozier tips popular busker playing ‘Take Me To Church’ on Grafton Street
Next Page