JOE continues our look at some of the biggest names in music, with one of the most magnificent multi-instrumentalist bands around, Arcade Fire...

The name for the band, according to reports, actually has quite a literal origin as Butler confirmed that yes, the name "Arcade Fire" refers to a fire that happened in, that's right, you guessed it, an arcade. Exciting stuff lads.

END_OF_DOCUMENT_TOKEN_TO_BE_REPLACED

The lead singer said "it's not a rumour, it's based on a story that someone told me. It's not an actual event, but one that I took to be real. I would say that it's probably something that the kid made up, but at the time I believed him."

What we're trying to say is that the two musicians fell in love and got married. 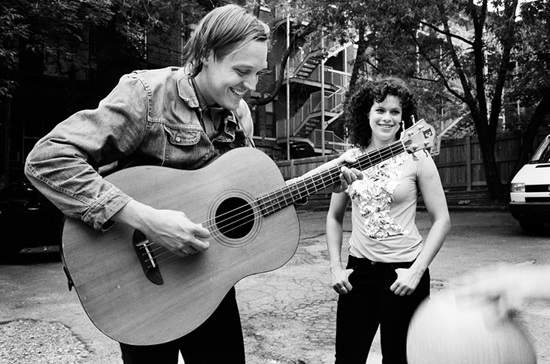 END_OF_DOCUMENT_TOKEN_TO_BE_REPLACED

Following the addition (and subsequent subtraction and addition once more) of a number of other multi-talented instrumentalists, the band went on to release Funeral, their first amazingly awesome album in 2004, a cracking collection of songs that unsurprisingly went on to be lauded by music critics and fans alike.

Packed to the brim full of fresh and rock-tastic tunes, the album fast became a firm fan favourite with songs such as the wonderful 'Wake Up.'

END_OF_DOCUMENT_TOKEN_TO_BE_REPLACED

In spite of its sombre title and subject matter ('Funeral' referred to the fact that a number of the band's family members had recently passed away) the album was a sure-fire inclusion in many Top Ten lists in both 2004 and 2005. Although it's hard to pick a favourite, JOE has always had a soft spot for Rebellion.

Neon Bible was the band's eagerly-anticipated second album and, yet again, did not disappoint, chock full of infectious and terrific tunes. Prior to the release of the album in 2007, the now world-famous band had purchased an unused church in Farnham, Quebec, and converted it into a recording studio. 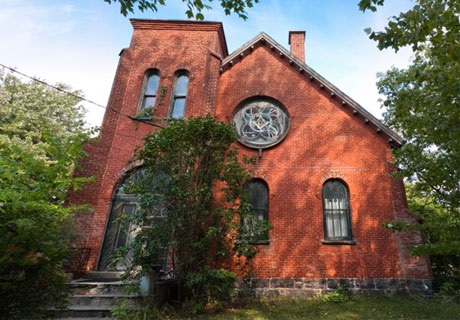 The space of the once-abandoned church most definitely informed the sound of their new tracks, perhaps most noticeably in the release of the first single from the album, the epic, church organ-infused 'Intervention.'

2010 saw the Canadian outfit release The Suburbs, album number three and a record which holds a special place in the hearts (and ears) of Irish music fans – the band actually performed some of the album's new tracks for the first time at Oxygen 2010, with the lead couple's chemistry, along with the band's endless energy providing festival-goers with an experience they'd never forget... unless they were slightly intoxicated – then they have ended up forgetting the experience entirely.

At this stage, the brilliant band had a reputation for lethal live performances, highlighted perfectly in the next clip as the ensemble absoluetly nailed this live version of 'Ready To Start' on Jools Holland in 2010...

At the end of 2013 Arcade Fire released their fourth album, Reflektor, an album that, in spite of being released a full 12 years after the band's formation, remains true to their original indie roots but which is also heavily-flavoured with excellent electronics. And for that, we are grateful.

Most amazingly, however, the album was recorded in an old, abandoned castle that had once been owned by an eccentric Jamaican man. Now that's rock and roll.

Check out the album's lead single, Reflektor which also happened to feature the vocals of an up-and-coming star, a certain Mr. David Bowie...

Live music fan? Why not enter our competition to win tickets to the upcoming eurosaverLIVE event featuring Gavin James and O.R.B. at Monroe’s in Galway on May 16.

The event follows the huge success of the inaugural eurosaverLIVE event featuring Tinchy Strider at The Grand Social in Dublin last year and promises to be a cracking night.

For more details on how to enter, click here.

popular
Man arrested on suspicion of the murder of Irish man in London
Here's how to make €9-11 on Revolut in just a few minutes
New car-free town with population of 85,000 set to be built in Dublin
Galway City Council street cleaners claim Lotto jackpot worth over €5.5 million
Elderly Irish man stabbed to death on mobility scooter in London
QUIZ: Can you name all the countries beginning with A?
A terrific '90s crime drama is among the movies on TV tonight
You may also like
1 day ago
Pop Idol star Darius Campbell Danesh has died, aged 41
5 days ago
The 10 must-watch events at the 2022 Dublin Fringe Festival
1 week ago
Family of Ashling Murphy share heartbreaking tribute at Fleadh Cheoil
2 weeks ago
Taylor Swift responds after report claims she has the highest celebrity private jet emissions
2 weeks ago
The JOE Friday Pub Quiz: Week 305
3 weeks ago
The JOE Friday Pub Quiz: Week 304
Next Page