Dec Pierce brings us all back to the old school.

Dec Pierce is a presenter and DJ working for TodayFM. He's also an old-school raver and was brought up listening to tunes from the likes of Prodigy (pic below), N-Trance,  KLF, Altern-8 and so much more.

From the era that brought us baggy trousers, bucket hats, whistles and klaxon horns in old disused warehouses, the tunes were loud, catchy, hypnotic and in your face. As a wise man once said, 'Everybody in the place.....let's go!' 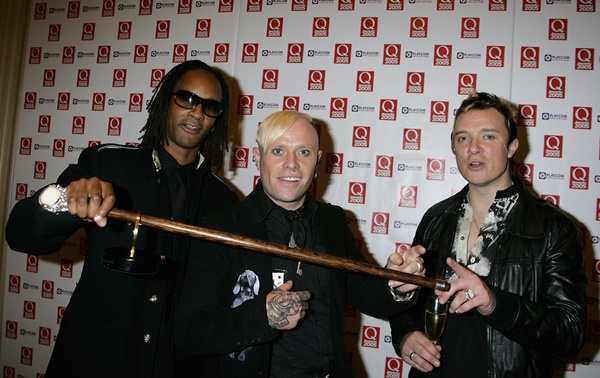 END_OF_DOCUMENT_TOKEN_TO_BE_REPLACED

It's no surprise then to hear his first ever music release has a real old-school ravers vibe about it. ‘Higher’ is inspired by one of Dec’s favourite dance tracks from the 90s by Italian dance producers, SPQR, entitled ‘Hypnotic State’.

They released an EP in 1996 called Unlimited Dreams, and one of the tracks on that EP ‘Hypnotic State’ became a big club favourite in Ireland. It’s a very rare, hard to get track these days.

This version just takes small inspiration from the hook in the original track. Dec enlisted the talented Tara Harrison (also a DJ at Today FM) to sing the vocals for him.

He is now working on a number of classic old school 90s dance tracks at the moment. His plan - if people like the songs he makes - is to release a small EP for sale online.

All money made from sales will be donated to the Irish Cancer Society. ‘Higher’ is dedicated to his father-in-law who passed away just before Christmas after a short battle with cancer. So not only is a catchy little number, it's for a bloody good cause too!

The Big Reviewski || JOE · TBR Spotlight: Loki - Episode Two - 'The Variant'
popular
Garda union hits out at "absolute confusion" over outdoor drinking and dining
The Queen appealing for volunteers to weed the garden of her Sandringham Estate
Gardaí will use "discretion" over outdoor drinking at pubs and restaurants
The Lisdoonvarna matchmaking festival has been cancelled for a second year
The JOE Movie Quiz: Week 107
QUIZ: Can you name all these European countries from a list of cities?
The JOE Friday Pub Quiz: Week 248
You may also like
5 days ago
Government to allocate €25 million in funding to Electric Picnic and other live events
1 week ago
JOE’s Song Of The Day #900 – Phoeno ‘Alive’
1 week ago
The JOE Music Quiz: Week 61
1 week ago
Picture This announce details of their only Irish concert dates for 2021
1 week ago
Noel Gallagher calls Prince Harry a "f*****g woke snowflake" in brutal interview
1 week ago
Sinead O'Connor performs u-turn on plans to retire from music
Next Page