Kern are made up of uilleann piper Brendan McCreanor, fiddler Barry Kieran and singer/songwriter and guitarist SJ McArdle. 'Till The Docklands Drown' is the first new music Kern has released since last year’s debut album, the Trevor Hutchinson-produced False Deceiver. 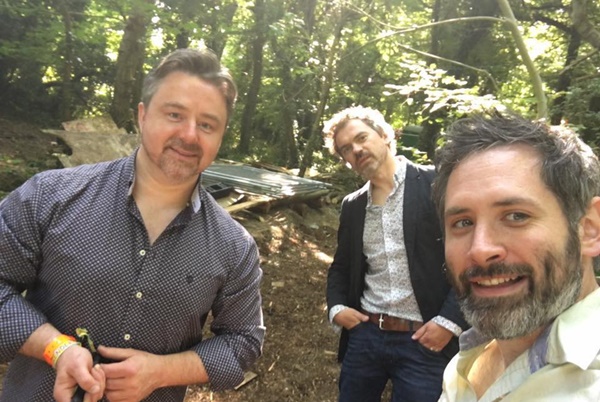 END_OF_DOCUMENT_TOKEN_TO_BE_REPLACED

If it sounds familiar to some people, there's a reason. The song – written by SJ McArdle – is performed by actress Tara Lee in a key scene in last year’s Element Pictures hit movie A Date for Mad Mary (IFTA, Best Film, 2017). The band’s own version broadens the palette to include electric guitar, keyboards and harmony vocals.

False Deceiver is a mix of songs and tunes from the band's home County of Louth alongside original material. The lads are now gearing up for Milwaukee Irish Fest having just won the TradFest Temple Bar Showcase at The Hub.

They have toured extensively over the past year or so in clubs and festivals, including Baltimore Fiddle Fair, Dingle TradFest, Feile an Droichead Belfast, TradFest Temple Bar, Vantastival, Celtic Connections, Dolan’s Limerick, Whelan’s Dublin and Spirit Store Dundalk.

You can check for more gigs and music via their website right here.