SYLK ensuring this track will be in your head.

SYLK are a dark, distorted, electro-pop, female duo based in Dublin. They began their musical journey with the release of ‘Am I Alone’, followed by their acclaimed EP, nwyr.

This led to standout appearances at Forbidden Fruit, Body & Soul, Hard Working Class Heroes, Whelan’s Ones to Watch and Electric Picnic and a headline gig at the legendary Button Factory for good measure. 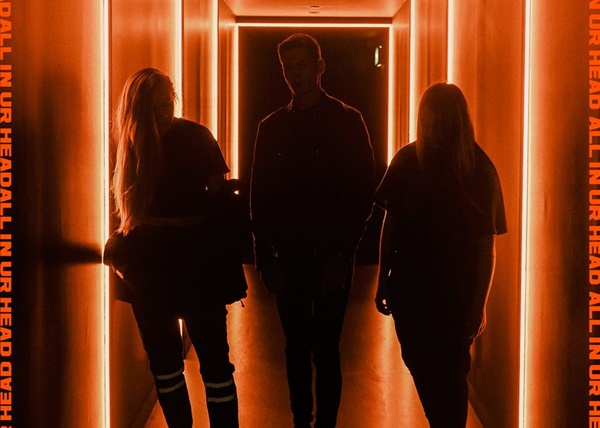 They've teamed up with Daragh Locke for their latest release and it's a dark, brooding banger of a track. The meaning behind ‘All in Ur Head’, according to the band, is about playing with the mind and paranoia, telling someone (or being told by somebody) that what they are feeling is not real.

You can keep up to date with the band via their Facebook page right here.

Check out our January Songs of the Day Spotify playlist:


popular
Over 200,000 people have signed petition demanding change in how media treats those in the public eye
A man has died following an incident at a Dublin shooting range
BBC will show an 'immensely powerful' documentary about The Troubles tonight
THE JOE Movie Quiz: Week 41
Storm Dennis washes ghost ship up on to Cork shore
QUIZ: Can you get full marks in our Top Boy quiz?
QUIZ: How well do you know The Wedding Singer?
You may also like
1 week ago
ABBA are hoping to release new music later this year
2 weeks ago
Gang of Four’s Andy Gill has died aged 64
2 weeks ago
Rage Against The Machine add two more dates to their 2020 reunion tour
3 weeks ago
Alicia Keys and Boyz II Men perform emotional tribute to Kobe Bryant at the opening of the Grammys
3 weeks ago
"We wanted to be unapologetically ourselves" - The Scratch in conversation
3 weeks ago
Dublin's Olympia Theatre to host Bohemian Rhapsody and The Greatest Showman sing-a-longs
Next Page