The Man Whom returns with a new album and single.

The Man Whom is the moniker of Wexford native, Ian Doyle. He has just released his second album, The Dancer From The Dance, which includes the new single, ‘Saturdays She Plays Her Piano’.

It's been eight years since his debut album, but we are glad to have him back such is the quality he is capable of.

When listening to the new song, there's a hint of Mercury Rev in there and maybe even a tiny bit of Radiohead, but whatever it is, this is beautiful. 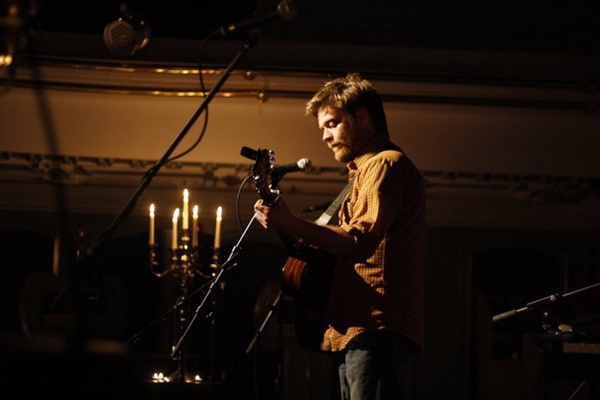 END_OF_DOCUMENT_TOKEN_TO_BE_REPLACED

Following a summer of festival appearances and a couple of years touring Ireland, the UK and Europe, we saw Doyle forego the live music scene in favour of the studio, where he spent a four-year period writing and recording his second album.

The fruits of his labour is The Dancer From The Dance. While mostly a self-produced, recorded and played affair, the album includes further collaborations with composer Peter Fahey and features the Cornell Chamber Orchestra recorded in Ithaca, New York and conducted by Chris Kim.

Clip via The Man Whom - Topic

The Man Whom will be doing lots of gigs in the coming months and you can find out details via his Facebook page right here.