Pursued By Dogs are the real deal.

Dublin band Pursued By Dogs have been floating around the Irish music scene since 2010. At their own admission, they didn't really have a goal or destination. “We started in 2010,” explains Andrew Brennan, “not really knowing what we were doing, but trying the best we could to bridge indie songwriting with a techno/beats background.” Along with co-founding member/producer, Ronan Marr, and bass player Dave Sheehan, the tough years continued until 2016. This is when the band’s male-centric dynamic was interrupted and enriched by the arrival of vocalist/keyboardist Suzanne Purcell.

Fast forward a couple of years and the band have finally released their long awaited debut album. This is the first track from the self-titled album and it's a cracker. Purcell's vocals are both haunting and reassuring and has echoes of Everything But The Girl. It sounds like a band that have found their identity and are making up for lost time.

Clip via Pursued By Dogs

Purcell's vocals work superbly well with Brennan's. There is no doubt that Purcell has given the band another dimension and they look to be a band destined for big things. 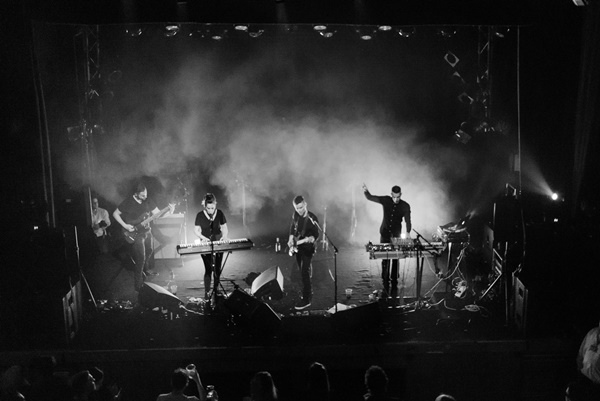 According to Andrew, prior to securing the production/remix skills of James Darkin (whose credits include Kanye West, Rihanna, Hozier, Funeral Suits), Pursued By Dogs were drifting along, perhaps a bit too casually. Soon after Andrew and James first met, however, the latter’s advice and enthusiasm introduced a much steadier work ethic.

From hesitation to assertion in less than 24 months is something most bands rarely achieve. At every point along the way, fate has intervened: new singer, new producer, new commitment, new songs. Pursued By Dogs are now aware of not just possibilities but also achievements. The new album is ample proof of both.

You can catch the band live when they perform at this years Castlepalooza Festival.

The Big Reviewski || JOE · TBR Spotlight: Loki - Episode Two - 'The Variant'
popular
QUIZ: Can you name all these European countries from a list of cities?
The Queen appealing for volunteers to weed the garden of her Sandringham Estate
The 50 most iconic songs of all time* have been revealed
PICS: The man with the biggest penis in the world has one unbelievable problem with it
QUIZ: Can you get full marks in this potentially very frustrating general knowledge quiz?
People think they've figured out the ranking of the viewers on your Instagram Stories
The JOE Movie Quiz: Week 107
You may also like
5 days ago
Government to allocate €25 million in funding to Electric Picnic and other live events
1 week ago
JOE’s Song Of The Day #900 – Phoeno ‘Alive’
1 week ago
The JOE Music Quiz: Week 61
1 week ago
Picture This announce details of their only Irish concert dates for 2021
1 week ago
Noel Gallagher calls Prince Harry a "f*****g woke snowflake" in brutal interview
1 week ago
Sinead O'Connor performs u-turn on plans to retire from music
Next Page