Not many songs are recorded in a polytunnel, but this one is and it sounds damn good too.

In the bonkers year that is 2020, every industry has been forced to adapt to the circumstances brought about by Covid-19 and the music industry is no different.

Musicians have had to come up with creative solutions to produce music and deliver it to the masses and creativity is at the core of the new instrumental single recorded by Mayo-based three-piece Doppler, titled ‘Barracuda’. 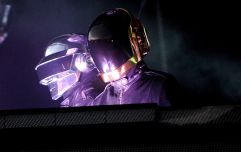 END_OF_DOCUMENT_TOKEN_TO_BE_REPLACED

‘Barracuda’ is unique in that it's the first song, certainly that we’re aware of at least, recorded in a polytunnel. That’s right, a polytunnel.

But why? Allow lead singer Jamie Mulrooney to explain.

“Our plans have taken so many blows. We had hoped to have released much more music but because we have been either laid off from work completely or are on the PUP (Pandemic Unemployment Payment), we can’t afford to get to the studio right now.

“This, coupled with the fact that we can’t gig to make any money, has forced us to think outside the box. We know we have a polytunnel, a laptop, a video camera and time.

“This way, we got as tight as we could on this instrumental track and rehearsed a lot. It’s an intricate little piece so it was great fun to get right.”

Though not ideal, recording in a polytunnel also comes with its benefits, as Doppler guitarist Mick Dempsey points out. 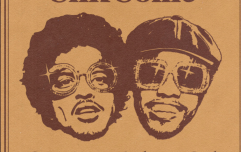 END_OF_DOCUMENT_TOKEN_TO_BE_REPLACED

“We wanted to bring real 100% live music to people but also to make it high quality, audibly and visually,” Dempsey says.

“Aesthetically, we knew the polytunnel was a unique location and we could run electricity to it with a few extension leads. The fact that it’s an instrumental track made us think we can have fun with this release.”

And the proof is in the pudding, as you can hear for yourself. 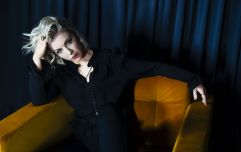 Ireland's entry for the 2021 Eurovision song contest has been revealed

END_OF_DOCUMENT_TOKEN_TO_BE_REPLACED

Despite tough times in 2020, there have still been plenty of positives for the Ballina-based trio.

During the summer, they signed a deal with the Dublin-based music publishing company The Nucleus and they have also booked several gigs for this winter, including a scheduled show in the TF Royal Hotel in Castlebar, one of the biggest venues in the west of Ireland.

As well as that, their debut single, ‘A Memory’ made the RTÉ Radio One recommends list and has received praise from music luminaries such as Christy Moore and Horace Panter from The Specials.

You can check out Doppler online and on social via the channels below.

If you would like to submit a song for consideration for Song of the Day, please send an email with details and with ‘Song of the Day’ in the subject line to editorial@JOE.ie.

House of Rugby Ireland · Murray & Sexton debate, France's Covid hell and James Tracy interview
popular
The JOE Friday Pub Quiz: Week 232
Scarlett Moffatt discovers ‘30% rain’ on weather app doesn’t mean chance of rain
Irish cinema named one of the 50 most beautiful cinemas in the world
Rick and Morty creator reacts to dropping one of the first f-bombs on Disney+
These are the free subscription games coming to PlayStation and Xbox in March
QUIZ: Can you name all of these characters from The Rugrats?
The 50 most iconic songs of all time* have been revealed
You may also like
5 days ago
Daft Punk confirm split after 28 years
6 days ago
JOE’s Song Of The Day #884 – Philip Noone 'Say Anything But A Goodbye'
1 week ago
The JOE Music Quiz: Week 45
1 week ago
New Biggie documentary coming to Netflix in March
1 week ago
Dolly Parton asks for statue plans to be delayed as it is not currently "appropriate"
1 week ago
QUIZ: Can you name the Ed Sheeran song from a single lyric?
Next Page