As the summer arrives it brings with it the fantastic festival season and, here at JOE and powered by Lucozade Energy, we've got you covered with our guide of definite Dos and Don’ts for attending the various festivals.

So stick on your obligatory straw hat and novelty sunglasses and let's get started...

Do... bring your sun cream 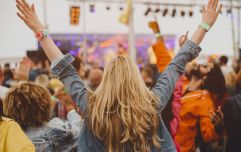 END_OF_DOCUMENT_TOKEN_TO_BE_REPLACED

Being Irish means a number of things; we're loved the world over, we're always great craic and we all have a love/hate relationship with the sun. No matter how much you like to claim that “I don’t burn” or “I want to get a tan so I’m not wearing sun cream”, we simply cannot withstand the power of the sun, even on a miserable, cloudy day.

So lather up and fire on your Factor 500 because you definitely don't want to end up like this guy... 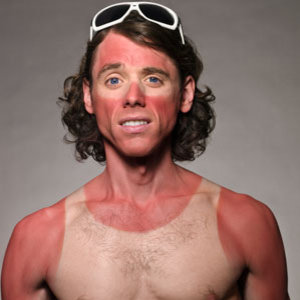 END_OF_DOCUMENT_TOKEN_TO_BE_REPLACED

Obviously we're all up for having a few drinks now and then, but you really don't want to end up being the guy who is put to bed early on Friday evening and is too sick to enjoy the rest of the weekend. Remember to drink responsibly and enjoy the brilliant music on show... rather than the manky ditch you’re getting sick into.

And watch out for those fiendish Flip Flops...

Do... bring your own toilet paper

A MUST for all festival goers. Bringing toilet paper will make your life a lot easier and will save you the embarrassment (and agony) of using nearby foliage to clean yourself up. 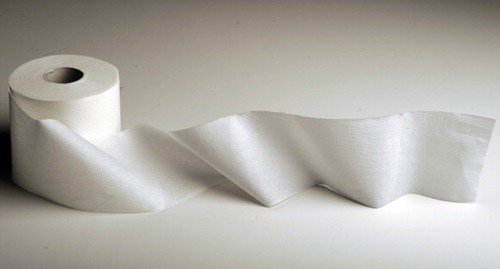 You know that there's nothing worse than standing watching your favourite band when, all of a sudden, your once-perfect view has now been blocked by a barrage of people holding up their smartphones to record the action THAT'S HAPPENING RIGHT IN FRONT OF THEM!

You’re at the concert, you paid for your ticket, watch it!

Be sure to get down near the front and into the pit for at least one act over the course of the weekend. Sure, you'll be squashed and your legs will ache but trust us, it'll be worth it to get up close and personal with your favourite band.

Don't... get involved in a 'romantic liasion'

We know (you think) you're really sexy but, in spite of popular opinion, it's probably best to avoid those passionate bouts of lovemaking while at a festival. Aside from the smell (nobody ever showers at festivals), there are the tight tents and the constant threat that some random joker will come crashing in as you attempt to conduct the no pants dance.

Do... leave your clothing on

Believe us, nobody wants to see your goods so please, please, PLEASE leave your clothing on. T-shirts are an acceptable item to remove in certain situations at a festival but be careful, you really don’t want to be this guy...

This is probably the best pic from #Glastonbury you'll see this weekend... pic.twitter.com/6b1ysvh3xC

Every year, he's there. You know the guy, right?

He's the muppet who brings a badly-tuned guitar to a festival in the hope of boosting his waning appeal to fellow festival-goers. What makes it worse is that he probably can't even play the thing. We realise that everyone came to hear the music but remember, NOT your music, so do yourself a favour and leave the guitar at home in your room where it belongs.

popular
Gardaí unveil new Armed Support Unit vehicles to replace older models
One of the greatest crime movies of all time could be getting a sequel
Netflix has just added 33 very big movies to its library
The full list of cancelled flights in and out of Dublin Airport on Monday (so far)
NOW announces large reduction to its monthly membership prices
Fish and chips could be removed from Irish menus over rising fuel costs
Increase in passenger charges at Dublin Airport may be on the way
You may also like
1 month ago
"If you go, go slow": HSE launches drug harm-reduction campaign for festival goers
7 months ago
Travis Scott says he is "absolutely devastated" after eight die at Astroworld festival
7 months ago
At least eight dead and several injured in crush at Travis Scott's Astroworld festival
9 months ago
Micheál Martin says Leo Varadkar is entitled to private time amid festival controversy
10 months ago
Leo Varadkar pictured at UK festival on same weekend Electric Picnic would have taken place
1 year ago
Electric Picnic organisers announce new dates for summer festival
Next Page