The controversial rapper has had quite a year.

Kanye West has had an interesting 2018.

He returned to Twitter and shared pretty much every waking thought that he had.

He oversaw the release of a handful of albums, including one under his own name that was critically slammed.

He claimed he'd be releasing another album in the autumn, only to twice scrap those plans as it's not finished yet.

He pissed many people off with outlandish and, in some particularly notable cases, quite ignorant and dangerous statements.

He enjoyed a White House audience with President Donald Trump and a selection of journalists.

He claimed that he's done being used by others and will now think for himself.

And just this evening, he called out to Bob Dylan.

Calling out to Bob Dylan Let’s get together 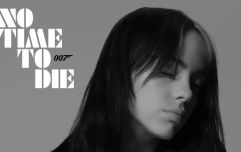 Behold, the new Bond theme as performed by Billie Eilish

END_OF_DOCUMENT_TOKEN_TO_BE_REPLACED

The above is really just a highlight reel, Love him or hate him - and it tends to be one or the other with most people - Kanye was everywhere in 2018 and if you managed to avoid him entirely, that's a genuinely impressive feat.

As such, he's a prime candidate for a documentary and it would appear that the creative minds at the British Broadcasting Corporation agree.

Searching For... Kanye will air on the online-only BBC Three this Sunday 16 December, with journalist Ben Zand meeting with those who know Kanye "to try and get some insight into his recent antics and declarations around politics, race and mental health".

The death of West's mother Donda in 2007 appeared to have a profound effect on the rap icon, an element that the new documentary seeks to explore in-depth.

Among others, Zand sits down with Dr Brenda Aghahowa - friend of Kanye's late mother and her successor at Chicago State University - who reveals how Donda might have reacted to her son's recent meeting with President Trump as well as his marriage to Kim Kardashian.

The 30-minute documentary debuts this Sunday - 16 December - on BBC Three at this link.


popular
Met Éireann issue rainfall warning for 19 counties, with a side of snow
Sinn Féin announce a series of public rallies to take place in five counties
QUIZ: How many of these Derry Girls characters can you name?
QUIZ: Can you name the Sega Mega Drive game from the screenshot?
The JOE Friday Pub Quiz: Week 179
Brendan Gleeson's upcoming performance as Donald Trump is 'scary' and 'too close for comfort'
5 new Netflix additions to spend your weekend watching
You may also like
15 hours ago
Eli Roth to work his bloody Hostel magic on the Borderlands movie
19 hours ago
Here are the 20 best movies on TV this Saturday
23 hours ago
Five years on, the director of Carol talks about the impact that movie has left behind
1 day ago
See Sharon Horgan's brand new movie before anyone else in this one night special Premiere event
1 day ago
Elisabeth Moss discusses mastering "the Elisabeth Moss stare"
1 day ago
COMPETITION: Win free ski lessons AND tickets to see Julia Louis-Dreyfus and Will Ferrell's new comedy, DOWNHILL
Next Page