Kanye West takes beef with Jay Z to the next level, is considering suing TIDAL

Watch The Throne seems like nothing but a distant memory now.

According to a TMZ report, Kanye West is splitting with artist-owned streaming service TIDAL The split comes just days after the the exclusive release of Jay Z's new album 4:44 through the service, an album on which Jay Z fired some not-so-subliminal shots at his former collaborator.

It has since emerged that Kanye had demanded upwards of $3million from TIDAL in compensation for new subscribers he brought to the service through the release of The Life of Pablo and music videos for singles from that album. Kanye's lawyers have since claimed that this was a breach of contract, thus terminating the professional relationship between Kanye and TIDAL. 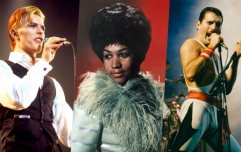 END_OF_DOCUMENT_TOKEN_TO_BE_REPLACED

This has left both parties threatening to sue each other depending on what happens next. Vulture reports that if Kanye jumps ship then TIDAL will sue, and if TIDAL sues then Kanye will counter-sue.

Jay Z, one of the artist owners of TIDAL, has been the service's most prominent champion.

Jay Z has been a crucial player in Kanye's career from the word go, using his beats on hits such as "Girls Girls Girls" and "Izzo," before signing him to Roc-A-Fella Records as a rapper. From that point onwards, the pair teamed up regularly on each other's music and released collaborative album "Watch The Throne" together.

Their relationship had clearly turned sour by the end of 2016, shortly before Kanye West entered a medical facility for mental health issues, after having ranted about Jay Z (among many other subjects) on stage.

On his new track Kill Jay Z, Jay directly refers to Kanye's recent issues, rapping: “I know people backstab you, I felt that too / But this fuck everybody attitude ain’t natural / But you ain’t a Saint, this ain’t Kumba-Ye / But you got hurt because you did cool by Ye / You give him $20 million without blinking / he gave you 20 minutes onstage, fuck what was he thinking? / ‘Fuck wrong with everybody?’ is what you saying / But if everyone is crazy, you’re the one that’s insane.”

This beef between two old friends is only getting started, and could be one of the most tense in the history of hip hop.

The Big Reviewski || JOE · The Big Reviewski with Ray Liotta, Goodfellas facts & Tom Hanks making us cry
popular
Revolut finally rolls out feature which allows users access wages before payday in Ireland
One of the most-anticipated movies of the last few years is finally available to watch at home this week
Kings of Leon announce first Irish shows in five years
Seven people hospitalised after huge fight at Tuam cemetery
10 years ago this week, the best sports movie ever made was released in cinemas
Derry Girls to come to an end after its next season
Retail billionaire calls on unvaccinated people to be banned from shopping centres
You may also like
5 months ago
Kanye West's 21 years in the making documentary series coming to Netflix (Report)
10 months ago
Kanye West concedes US presidential election, immediately launches campaign for Kanye 2024
10 months ago
Kanye West presents Kim Kardashian West with hologram of her late father as birthday gift
1 year ago
An emotional Kanye West speaks to audience about presidential hopes
1 year ago
Twitter confirms 130 accounts were targeted by hackers
1 year ago
The 20 Best Albums of the Decade
Next Page