PICS: A mural of Kanye West has popped up in Temple Bar - Does this mean what we hope it does?

Fans of 'Ye should probably start getting excited right about now...

A few months back, on the eve of Kendrick Lamar's Dublin gig, street-art collective SUBSET debuted their latest masterpiece, showing off K-Dot high above Aungier Street in Dublin.

This week, a new mural appeared in Temple Bar in Dublin, right by The Button Factory / the former Filmbase HQ, and it has got us very excited... 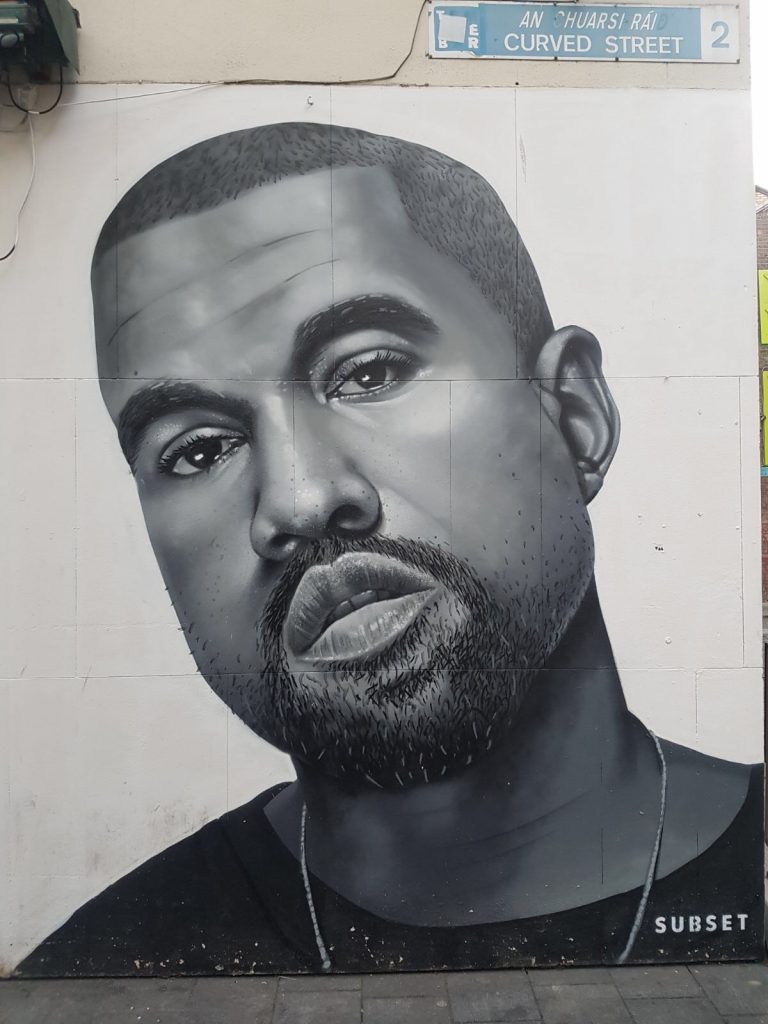 Once again, thanks to that signature on the bottom right there, it does appear to be the work of SUBSET, so could they possibly be celebrating the eve of a major Kanye event?

Perhaps, as it is being reported that West is having a very private listening party of his new album on Thursday evening, before the surprise release first thing Friday morning.

According to People Magazine, the new album is titled Love Everybody, and a source at the listening party told the outlet that "He feels like he’s really tapped into his creativity, using everything he’s learned and all the skills he’s honed up until this point. He said when you get to this stage as an artist it’s really possible to tap into magic."

Either way, it is another great piece of public artwork for the city centre.

popular
Public urged to be wary of sophisticated Revolut scam in operation in Ireland
10 years ago this week, Liam Neeson's best performance arrived in cinemas
New Netflix series looks like a must-watch for fans of Drive to Survive
'The Beast' apologises for storming off after losing on The Chase
A gripping mystery thriller is among the movies on TV tonight
Over one-third of female students have experienced non-consensual penetration, survey finds
Man charged following incident involving deceased man at Carlow post office
You may also like
1 week ago
The new Jackass movie, a Kanye West documentary and 5 more trailers you might have missed this week
3 months ago
Kanye West has legally changed his name to "Ye"
3 months ago
Kim Kardashian jokes about Kanye divorce, sex tape and OJ Simpson during hilarious SNL monologue
4 months ago
The 500 best songs of all time have been revealed
4 months ago
Kanye West, Drake and a week of never-ending fatigue
9 months ago
Kanye West's 21 years in the making documentary series coming to Netflix (Report)
Next Page