Kings of Leon will return to Dublin for an exclusive performance at the RDS Arena on Wednesday 1 July of this year.

END_OF_DOCUMENT_TOKEN_TO_BE_REPLACED

Tickets go on sale on Friday 6 March at 8am and will cost approximately €69.50. More information on tickets can be found on Ticketmaster. 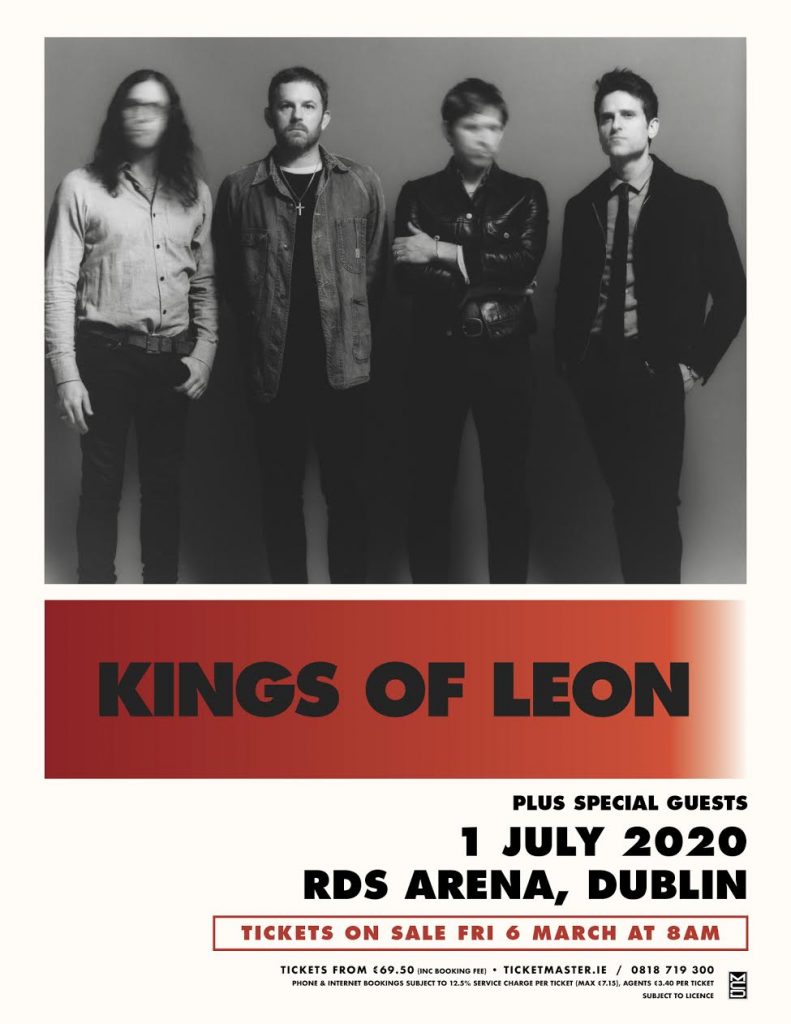 popular
The JOE Friday Pub Quiz: Week 308
Fine Gael announces special screenings of Michael Collins movie in 19 cinemas across Ireland
Controversial influencer Andrew Tate banned from Instagram and Facebook
Infant dies after being hit by jeep in Roscommon
Two Irish people arrested in "smuggling event" near Miami
Netflix has just added 23 very big movies to its library
Pilots fly over destination airport at 37,000 feet because they were both sleeping
You may also like
1 day ago
QUIZ: Can you identify the famous song from the opening line?
3 days ago
Pop Idol star Darius Campbell Danesh has died, aged 41
1 week ago
The 10 must-watch events at the 2022 Dublin Fringe Festival
1 week ago
Family of Ashling Murphy share heartbreaking tribute at Fleadh Cheoil
2 weeks ago
Taylor Swift responds after report claims she has the highest celebrity private jet emissions
3 weeks ago
The JOE Friday Pub Quiz: Week 305
Next Page