Two men made their way out of Ballybricken Church on Tuesday afternoon as the wind blew across the hills and the storm cleared its throat.

A few minutes later, a car pulled up outside the church and a TV cameraman asked if there was anything else in Ballybricken. On the face of it, there didn't seem to be much else.

But there was. There always is.

From this townland, 17km outside Limerick, Dolores O’Riordan set out on her improbable journey and wherever she ever went, she took this place with her. 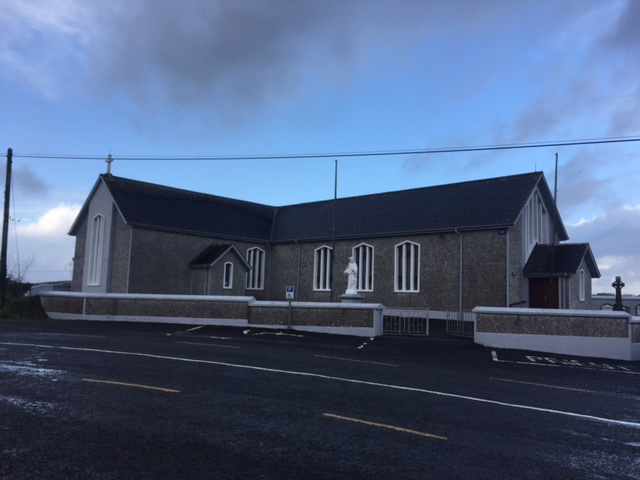 END_OF_DOCUMENT_TOKEN_TO_BE_REPLACED

We all know a place like Ballybricken. It’s a townland with a church and a community, a place you could pass through without much comment. Or a place if it was home you could return to and feel safe.

END_OF_DOCUMENT_TOKEN_TO_BE_REPLACED

From Ballybricken and Limerick, The Cranberries became a band who resonated around the world.

A facile and trite comment often made when people grieve the death of someone like David Bowie or Prince, is to wonder why they're upset when they didn’t know them.

The point is not that they didn't know them. The point may not even be that they felt they knew them through their music. The point is that those who grieve Prince, Bowie, George Michael and now, tragically, Dolores O’Riordan felt these singers knew them.

END_OF_DOCUMENT_TOKEN_TO_BE_REPLACED

But beyond that, it was that they had a singer who made the personal universal.

It was why there were so many women signing the book of condolence in Limerick on Tuesday. Women from Carlow and Argentina, women from Limerick and Ukraine, women who heard this ethereal voice and felt connected wherever they were. 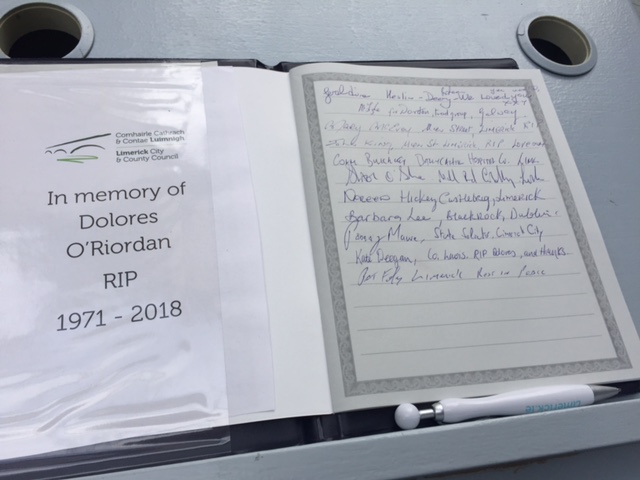 “She was a young, rebellious woman and as a teenager, she was really inspiring.” This woman signed the book for another friend who couldn’t be there as well, while a couple from Ukraine who had lived in Limerick for 18 years were at City Hall to represent the people of their country.

And the people of Limerick arrived to make a public mark of condolence.

If Dolores O'Riordan's voice had captured the imagination of a generation across the world, she meant something else beyond that to the people of Limerick.

Here was somebody who was angular and shy, who wasn't trying to be from some place else, who was going out into the world, painfully, shyly, but as herself. As a citizen of Limerick.

"Munster rugby and The Cranberries," one man said. "Together they made Limerick."

This was a reminder that sport and music are the places people go when they want some escapism. But they also become the accompaniment to so many moments in their own lives and they are the way we find meaning.

So Munster and The Cranberries asserted a confident sense of place about Limerick and this reflected back to the people of the city who saw this singer succeed and struggle, before they heard the news of Dolores O'Riordan's death on Monday afternoon.

One man cried as he tried to explain what they meant to him. Sean Shinners had worked in a restaurant in Limerick and Dolores had signed his menu. 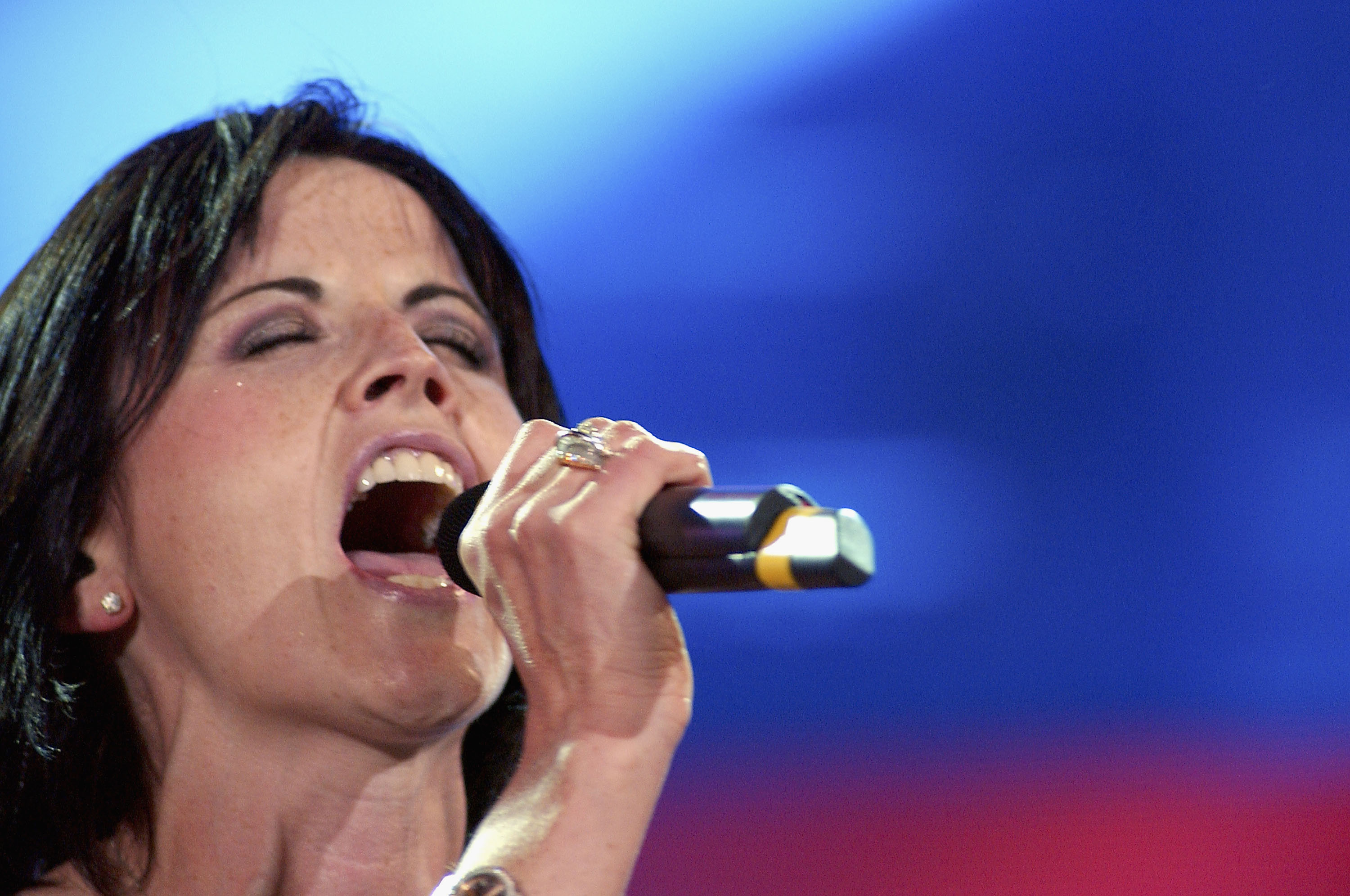 "I came to honour a friend. I knew her personally, I'm not saying I was a great friend of hers or anything. I met her when she had just written 'Linger'. She never lost Limerick, they were Limerick through and through. There was a personal connection with Limerick that no band has with a city."

Sean went to live in America and one night, he told his American friends how he was going to see a band play in Kalamazoo, Michigan. They asked him who he was going to see and he said The Cranberries. Oh, they're Irish, aren't they, his friends said. They are, said Sean, but they're more than that, they're from Limerick city.

So Sean signed the book of condolence and he cried as many in the city have cried. Many more mourned a loss - their loss - by simply listening to the music, the music many people were staggered on Monday night to discover meant so much to them.

Another man walked in and talked about how he had taught Mike and Noel Hogan. “Dolores was a real icon. The others were geniuses in their own right, but it was the usual story as far as people are concerned, when you get the right person, two and two makes ten.”

Dolores O'Riordan transported the band and all they touched to someplace else, but on Tuesday, Limerick was trying to come to terms with a grim reality.

"We all were their parents," Sean Shinners said as he remembered how Limerick watched the band grow. But now there was the price of love as the city wrestled with the painful, unimaginable loss of their glorious, extraordinary child.

popular
Met Éireann issues weather warning for three counties
QUIZ: Can you conquer this delightfully difficult General Knowledge Quiz?
QUIZ: Take your very best shot in this tough General Knowledge Quiz
The JOE Movie Quiz: Week 160
New horror movie trailer has one of the best jump scares in years
The JOE Friday Pub Quiz: Week 300 - the Triple Century
An underrated Jason Statham thriller is among the movies on TV tonight
You may also like
5 days ago
Acclaimed traditional Irish guitarist Dennis Cahill has died, aged 68
1 week ago
The JOE Friday Pub Quiz: Week 299
1 week ago
UK lined up as host for Eurovision 2023 after organisers rule out Ukraine hosting
1 week ago
Sinéad O'Connor cancels all live dates for 2022 due to "continuing grief"
1 week ago
Joker 2: Lady Gaga reportedly in talks to play Harley Quinn in sequel
1 month ago
The JOE Music Quiz: Week 102
Next Page