It has been nearly three years since they released the Grammy-nominated album This Is All Yours, and alt-j have just marked their return with this beautiful alt-balled '3WW'.

The single will be the opening track to Relaxer, the bands third album which is due for release on 9 June.

They've also released the album's artwork (which was inspired by a PlayStation One game LSD: Dream Emulator), as well as the album's full tracklisting. 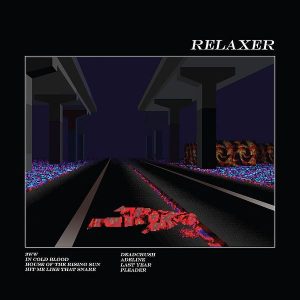 popular
Netflix has just added an incredibly tense 97-minute thriller
Irish people could be treated to spectacular sights in the sky over the next few nights
Prime Video has just added 25 very big movies to its library
Eamon Ryan's mother dies in tragic accident on family holiday
Teenager airlifted to hospital after being seriously injured in Clare tractor crash
The Sweatiest Movie Quiz Of All Time
Four Irish food businesses were served with closure orders in July
You may also like
4 days ago
Family of Ashling Murphy share heartbreaking tribute at Fleadh Cheoil
1 week ago
Taylor Swift responds after report claims she has the highest celebrity private jet emissions
1 week ago
The JOE Friday Pub Quiz: Week 305
2 weeks ago
U2 to take up residency in new $1.8 billion Las Vegas arena
2 weeks ago
The JOE Friday Pub Quiz: Week 304
3 weeks ago
Ricky Martin's nephew withdraws sexual harassment allegations
Next Page