The death of Mac Miller is a tragedy, and the music industry must learn from it

The sudden passing of Mac Miller raises a sprawling and difficult issue.

On Thursday 6 September, just one day before his death, a profile was published on the life and times of Malcolm James McCormick, a prolific and popular rapper better known by the name of Mac Miller.

Written by Craig Jenkins for Vulture, the cultural imprint of New York Magazine, the piece took on an eerie significance 24 hours after it went live.

END_OF_DOCUMENT_TOKEN_TO_BE_REPLACED

"The rapper and musician knows you think he's had a bad year, but it's more complicated than that," the subheading continued.

On Friday evening, news broke that Miller had been found dead at his home in Studio City, Los Angeles as a result of an apparent overdose. He was 26 years old.

In the wake of Miller's death, the Vulture piece has been repurposed.

In truth, there is no easy fix when it comes to reshaping a headline and the focus of an article designed to champion someone in the panicked hours that follow their sudden death.

For the journalist and publication in question, it is simply a case of deeply unfortunate timing, no slight intended. Of course, not everyone sees it that way.

END_OF_DOCUMENT_TOKEN_TO_BE_REPLACED

Some of the subsequent comments directed at Jenkins on social media in the last few days include: "You should quit journalism. Never thought I would be so angry at someone I don't even know" and "Stop using his name for clout".

It is worth noting that the majority of dialogue directed at Jenkins is supportive, and his piece will now be immortalised as the strange modern self-eulogy that is a dead celebrity's final post on Twitter.

In the grand scheme of things, the minimal abuse a journalist has unreasonably received is small time, but it speaks to a wider problem, one that Ariana Grande is currently encountering. 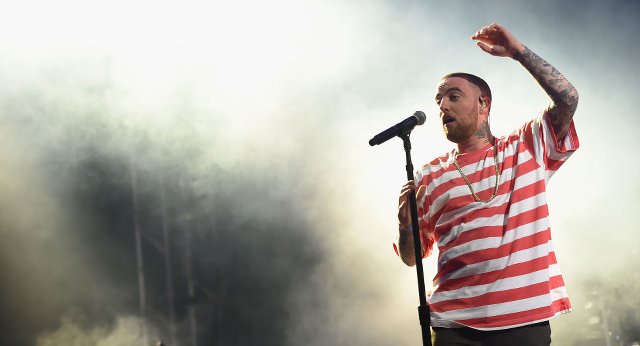 END_OF_DOCUMENT_TOKEN_TO_BE_REPLACED

Unless someone is guilty of truly abhorrent crimes and actions, it's rare enough that the passing of a human being isn't met with heartfelt tributes.

What is particularly notable about the reaction to Miller's death from his contemporaries and beyond is how intense and tragic a shape it has immediately taken.

A common denominator in the discourse is how genuinely sweet of a soul Mac Miller appeared to be.

Stories have been widely shared of how he selflessly gave his time and energy to support upcoming artists, how he inspired the likes of Post Malone to get involved in music and how he was generally an unproblematic decent guy who projected a warm, loving spirit.

His was a relatively quiet rise in the sense that people knew who Miller was but he didn't really play the game, didn't quite go in for tired rap beefs and industry bullshit.

Instead he plugged away, developing his artistry. August saw the release of critically acclaimed album Swimming, Miller's fifth in the space of seven years.

That month also saw Miller hit with a DUI charge, having crashed his car into a utility pole in the San Fernando Valley three months prior.

Many saw the accident as a lucky escape, and a reminder of his struggles with addiction. Some pondered openly if it was a reaction to his ex-girlfriend of two years, Ariana Grande, moving on with her life alongside a new love.

It was unfair to place such pressure and blame on Grande then, as it is now, in the emotional fallout from Miller's death.

His demons were visible for the public to judge, for TMZ to generate insensitive crowd-pulling 'stories' and for a narrative to spiral out of control should the worst occur.

That reality, a nightmare for Miller's loved ones, arrived last Friday.

In the aftermath, Ariana Grande has opted to switch off her Instagram comments for reasons that are sadly predictable, horrifically misguided and disgustingly vicious.

Over the weekend, she simply posted a photograph of Miller as he gazed up above.

It's a beautiful shot, no words necessary, not as if any words will be fairly received by the court right now anyway.

Ariana Grande has nothing to apologise for, and nor does Mac Miller, were he able to.

In an interview with Billboard in 2014, Miller spoke of doing drugs since he was 10 years old, and was careful not to glamourise it.

"For me personally, it's never one drug of choice," he said.

"Yeah dude, I experiment. Am I proud of it? Do I rep' it? No. But do I rap about it because it's what's going on? Yeah. Would I suggest kids to do drugs? Hell no."

Here was an honest, well-meaning human being who tried his best, brought light and love to others and ultimately fell before an obstacle that consumed him.

I wrote last month about mental health in the music industry, the casualties that continue to mount up and what it all might mean.

Mac Miller didn't take his own life, at least not directly. He will, however, now be grouped into a set of increasingly grim statistics with regards to his industry.

Again the questions arrive like a flood. What could we have done? How did this happen? What can we learn? What can we do? Who is next to fall?

It is clear now, as it has been for some time, that the music industry needs to implement proper safeguards and support for those who power it, be the issue mental illness, addiction conflicts or something equally damaging.

Critics may point to Miller as having a great deal of freedom and a lifestyle that afforded him to live free of mundane nine-to-five routine, but that in and of itself is part of the problem.

Structure is of huge importance to anyone, let alone those who channel and expend a large amount of creative energy.

Miller's work ethic should not be in question, nor should he be condemned for succumbing to the cruel sting of a problem that affects people the world over regardless of their social status.

His music especially resonated with a young audience.

Shortly after Miller's passing, Irish Times critic Dean Van Nguyen compared the event to that of Amy Winehouse for a whole new generation, an observation that might initially seem hyperbolic but on reflection is entirely fair.

These people matter, as do their fates.

Very sad to hear about Mac Miller. I'm not one of the people who massively connected with his music but a generation of very young people have just lost their Amy Winehouse and that is a devastating tragedy

So, what can we do? Start taking all of this seriously, for one.

Getting lost in toxic social media in-fighting and apportioning blame to those left behind isn't going to help anybody.

Shamelessly sticking a camera in Post Malone's face as he tearfully walks down the street straining to respond to an interrogation from a stranger about his lost friend isn't the answer, either.

A step in the right direction would be for some regulation from the music industry, the establishment of a proper support network for those who need it and some compassion from the general public who might think better of commenting, "Who??" beneath an article of a famous person who just died.

In conversation during that final interview, Miller was asked about his public perception.

"You know what’s funny?" he offered. "I feel like the public perception of me varies on who you ask. But there’s a bit of a freedom in knowing that people are going to think all types of shit, no matter what. It actually makes me less stressed about how my actions are perceived. It’s out of my control. I mean, to a degree… I could control it.

"I could live this squeaky clean life and everything. I could try to control the media. But I’ve been finding freedom in just living and letting people say whatever the fuck they want. Like, do I really care what Hollywood Life is saying? If I read a headline, and I’m like, “Wow, that’s completely untrue …” I’m like, “That’s as far as it goes. Okay, cool. So a bunch of kids now think that.”

"Fine. As long as I have people that are hearing my music, and there’s still that relationship… all that other shit lasts a day."

In the breakneck pop culture pace of 2018, even a tragedy like this one lasts little more than a day.

It deserves to resonate for a long time, just as Mac Miller deserved better.