And they haven't even performed yet...

American football fever is kicking in with Super Bowl LIII just a few hours away at time of writing.

The eyes of the world will be on Atlanta, Georgia and not just for the action on the field of play. 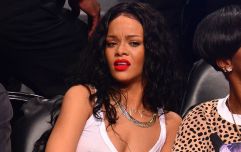 END_OF_DOCUMENT_TOKEN_TO_BE_REPLACED

The Super Bowl is very much a major multimedia event, housing new trailers for movies and TV shows, innovative ads looking to grab attention and the rich musical tradition that is the half time show.

Many icons have stepped up to the microphone on such nights and written themselves into the history books in the process.

Razzmatazz is in full force as money is spent and high production values look to dazzle those watching.

For one such shining example, here's the late Prince being amazing: 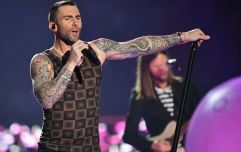 END_OF_DOCUMENT_TOKEN_TO_BE_REPLACED

Which brings us, nervously, to Maroon 5.

The Adam Levine-fronted pop outfit take the half time honours on Sunday and have been the subject of much criticism. 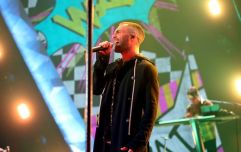 END_OF_DOCUMENT_TOKEN_TO_BE_REPLACED

Apart from being, y'know, Maroon 5, the group has come under fire for essentially profiting off a very difficult and charged moment for the NFL in the wake of the whole Colin Kaepernick situation.

As such, securing artists to perform at the half time show has proven especially tricky, with the nod eventually going to Maroon 5, who had troubles of their own in getting any support acts in.

Maroon 5 have carried on regardless, with Adam Levine defending his band this week, saying:

“No one put more thought and love into this than I did. I spoke to many people. Most importantly, though, I silenced all the noise and listened to myself, and made my decision about how I felt.”

Those comments have drawn a fiery response from Mark Geragos, the attorney representing Colin Kaepernick, who labelled Levine's defence as "a cop out" in an interview on Good Morning America.

“If you’re going to cross this idealogical or intellectual picket line, then own it, and Adam Levine certainly isn’t owning it,” Geragos said.

“It’s a cop-out when you start talking about, ‘I’m not a politician; I’m just doing the music.’ Most of the musicians who have any kind of consciousness whatsoever understand what’s going on here.”

Cardi B, meanwhile, has found herself in an interesting position of her own, having reportedly turned down "a lot of money" to perform with Maroon 5, choosing instead to show her support for Kaepernick.

“My husband [Offset of Migos fame], he loves football,” she told the Associated Press.

"You have to sacrifice that. I got to sacrifice a lot of money to perform. But there’s a man who sacrificed his job for us, so we got to stand behind him."

Not great, and you can expect the resulting show itself to draw criticism because, y'know, Maroon 5.

popular
Amazon Prime Video has just quietly added 15 big movies to its library
Travis Barker rushed to hospital after tweeting "God save me"
Calls for €20 social welfare increase and minimum wage of €13 in new Budget
An unforgettable sci-fi film is among the movies on TV tonight
The 10 best TV shows of 2022 so far
The 50 most iconic songs of all time* have been revealed
Gardaí issue update on investigation into murder of Sophie Toscan du Plantier
You may also like
3 years ago
Super Bowl winning player confirm he won't meet with Trump, but says he will meet with Obama
3 years ago
The complete spoofer’s guide to talking about Super Bowl LIII
3 years ago
The top 5 moments in Super Bowl history
3 years ago
COMPETITION: Win two Super Bowl 2019 tickets with flights and accommodation
4 years ago
COMMENT: Is it finally time to acknowledge that Beyoncé is better than Michael Jackson?
4 years ago
Justin Timberlake's career isn't over, but here's 5 reasons why maybe it should be
Next Page