"No one knew what brought it on."

Mel B was taken to hospital last week after going "totally blind" for a temporary period ahead of the Spice Girls tour.

The singer had been due to attend rehearsals along with fellow band members Geri, Mel C, and Emma, but was rushed to hospital instead when she couldn't see out of her right eye. 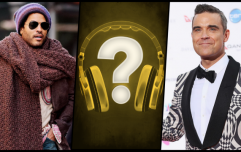 END_OF_DOCUMENT_TOKEN_TO_BE_REPLACED

Mel B already has issues seeing out of her left eye due to a botched laser eye surgery. She was taken to London's Moorsfield Eye Hospital wearing an eyepatch.

The Sun reports that she was "frantic and screaming."

"She was clearly in a lot of pain," said a source. "Mel was in a really bad way. The other girls and their managers were really worried."

"No one knew what brought it on but she had very swift, and very good, treatment. 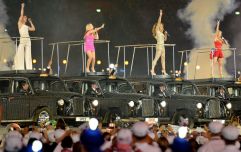 END_OF_DOCUMENT_TOKEN_TO_BE_REPLACED

"It is unclear if the loss of vision is linked to her previous problems, although it does seem likely."

Mel B suffered the botched surgery almost 20 years ago and has since undergone treatment to correct her vision.

“I had laser treatment done to correct [my eyes], but it started to reverse in one eye. It’s scary. I’m going blind again,” she said in 2008.

Some years later, she revealed that she was opting for another surgery to attempt to restore her vision. 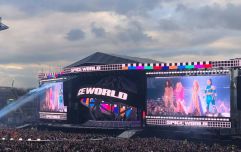 END_OF_DOCUMENT_TOKEN_TO_BE_REPLACED

The operation involved using donor tissue to replace part of the tissue in her left eye.

"The lasering went wrong so this [operation] will be totally life-changing.

“Hopefully I won’t be seeing what the other person’s seen, the other dead person.”

The Spice Girls will kick off their stadium tour at Dublin's Croke Park on Friday 24 May.

popular
One of the most underrated crime thrillers of recent years is among the movies on TV tonight
5 years ago, Hollywood took a massive gamble on a huge sequel... and lost big time
Netflix has just added 12 very big movies to their library
Netflix backtracks on anti-password sharing measures following user outcry
Tom Hardy set to play Hannibal Lecter-type serial killer in new series
The JOE Friday Pub Quiz: Week 332
‘Older’ woman who took Prince Harry’s virginity gives her side of the story
You may also like
4 months ago
A top Succession star is on The Late Late Show this week
3 years ago
Trident owners bound to be disappointed by list of prohibited items from Spice Girls Croke Park gig
3 years ago
A Dublin club is doing a bottomless brunch with spice bags this month
3 years ago
Extra tickets to go on sale for Spice Girls Croke Park show
4 years ago
Victoria Beckham has ruled out a cameo during Spice Girls tour
4 years ago
There is an animated Spice Girls movie on the way, manager confirms
Next Page