"I have offended not only a lot of people I don’t know, but also those closest to me, including my bandmates and for that I am truly sorry."

Mumford & Sons' musician Winston Marshall has told fans that he will be taking a short break from the band on Instagram.

The statement comes days after Marshall attracted controversy over a book he appeared to endorse over the weekend. The book in question - Unmasked by Andy Ngo promises to examine "Antifa's radical plan to destroy democracy". 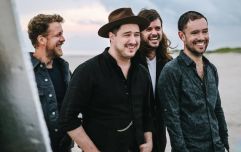 END_OF_DOCUMENT_TOKEN_TO_BE_REPLACED

In the past, the book's author has dubbed the Proud Boys as a "pro-Trump fraternity". Additionally, Ngo has claimed that left-wing activists are on a mission to "destroy the nation-state, America in particular".

Winston sent a tweet of support to Ngo following the book's release. "Finally had the time to read your important book." he said. "You're a brave man."

Since then, the musician has apologised for the endorsement.

He said: "Over the past few days I have come to better understand the pain caused by the book I endorsed."

"I have offended not only a lot of people I don’t know, but also those closest to me, including my bandmates and for that I am truly sorry."

He continued: "As a result of my actions I am taking time away from the band to examine my blindspots."

"For now, please know that I realise how my endorsements have the potential to be viewed as approvals of hateful, divisive behaviour." 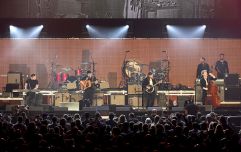 END_OF_DOCUMENT_TOKEN_TO_BE_REPLACED

He added: "I apologise, as this was not at all my intention.”

The 33-year-old musician is a banjoist and guitarist with the hugely popular band. Mumford & Sons have been performing together since 2007.

Their first album Sigh No More won Best British Album at the 2011 Brit Awards and six Grammy Awards. Their last album Delta was released in 2018.

The Big Reviewski || JOE · The Big Reviewski with Dune, a mini-Hangover reunion & the best of Timothée Chalamet
popular
Report: Crew left Alec Baldwin film set in protest before fatal shooting
PICS: The man with the biggest penis in the world has one unbelievable problem with it
The 50 most iconic songs of all time* have been revealed
9 of the best horror movies on Netflix right now
The JOE Friday Pub Quiz: Week 266
Here's the line-up for tonight's episode of The Graham Norton Show
People think they've figured out the ranking of the viewers on your Instagram Stories
You may also like
3 years ago
Mumford & Sons announce Dublin gig in November
4 years ago
WATCH: Hozier joined Mumford and Sons to sing a Beatles classic and round off Longitude with a bang
5 years ago
PIC: The clampers had a field day outside the Mumford and Sons gig at the 3 Arena
6 years ago
Mumford and Sons add extra Dublin date and tickets are on sale this afternoon
6 years ago
Mumford and Sons announce Irish show for late 2015
4 weeks ago
Ed Sheeran announces four extra Irish shows as part of major 2022 tour
Next Page