Lazenby, who also went by the name Jethro Cave, was 31 years old. 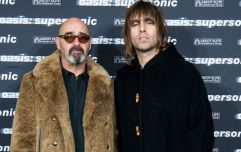 END_OF_DOCUMENT_TOKEN_TO_BE_REPLACED

In a statement issued to the NME on Monday afternoon (9 May), Cave said:

"With much sadness, I can confirm that my son, Jethro, has passed away. We would be grateful for family privacy at this time."

According to the NME, Lazenby, who worked as a photographer and model, was jailed last month following an assault on his mother Beau in Melbourne.

In 2015, Nick Cave's 15-year-old son Arthur fell to his death from a cliff in Brighton. Cave avoided conducting any press interviews on the tragedy, instead releasing documentary film One More Time With Feeling in which he and his wife Susie Bick addressed the loss of Arthur. 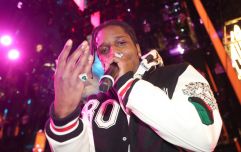 END_OF_DOCUMENT_TOKEN_TO_BE_REPLACED

Cave has proven quite forthcoming with his fans on the subject of grief and other such challenging life experiences, often candidly responding to personal letters via his Red Hand Files website.

According to the Guardian, Cave didn't meet his son Jethro until he was seven or eight years of age.

"It was a difficult time, but it turned out great in the end," Cave said in 2008. “To my eternal regret, I didn’t make much contact with Jethro in the early years, but I now have a great relationship with him."