In other words, it's the ultimate 90s playlist.

The second season of Derry Girls came to an end on Tuesday night, and we have little to console us besides the news that it will be returning for Season 3.

But for now, all we can do is look for different ways to fill the void. And 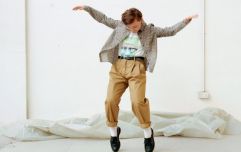 END_OF_DOCUMENT_TOKEN_TO_BE_REPLACED

Rory McEvoy has put together a comprehensive Spotify playlist, featuring all 93 songs that feature in the show across its two seasons. Beyond the hilarious writing and impeccable acting, fans have highlighted the show's incredible soundtrack choices as a major selling point, and it's easy to see why.

The playlist features several Cranberries bangers, including 'Linger,' 'Zombie' and 'Dreams.' It also has some songs that are the sonic embodiment of the 90s, like 'Ooh Ah... Just A Little Bit' by Gina G, or 'Waterfalls' by TLC.

Not to mention top five song of all time 'Only A Woman's Heart' by Eleanor McEvoy and Mary Black.

Here it is folks, ALL 93 songs from both seasons of the fab #DerryGirls. This was most definitely the soundtrack of my teenage years. @LisaMMcGee https://t.co/XNe4MTNoAT pic.twitter.com/qmMkhiflln 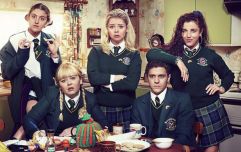 Love the music in Derry Girls? The characters now have their own Spotify playlists

END_OF_DOCUMENT_TOKEN_TO_BE_REPLACED

You can get stuck in to the playlist right here. Sláinte, motherfuckas.

In case that wasn't enough, all the main characters from the show also have their own individualised playlists, which you can check out here.

popular
Patient arrested after switching off roommate's ventilator because it annoyed her
Peter Kay moved to tears on stage while opening his first stand-up tour in 12 years
Dancing with the Stars has added a very surprising contestant
Winter warning issued as "severe" week of cold weather in store for Ireland
'America's Unknown Child' identified solving mystery after 65 years
Ireland sees '100% success rating' with four-day work week trial
20 years ago, one of the best sci-fi movies of the 21st century was a box-office bomb
You may also like
6 months ago
Viewers left emotional following Derry Girls finale special
6 months ago
Derry Girls fans in bits following emotional season finale
7 months ago
Channel 4 reveals surprise episode of Derry Girls set around Good Friday Agreement
7 months ago
Derry Girls creator admits she was nervous about some jokes in the new season
7 months ago
Derry Girls star praised for calling out "misogynistic" question on Late Late Show
7 months ago
Here's the line-up for this week's episode of The Late Late Show
Next Page