The founder of Glastonbury has given Oasis a big, Glastonbury-sized reason to re-form

As things stand, there will be no Glastonbury next summer.

2018 is scheduled to be a fallow year, allowing the farmland and the nearby village a festival-free summer. It's traditional for the site to be given a year off once in every six years, so it seems highly unlikely that the festival's organisers will reverse this decision. Highly unlikely, but not impossible. Certainly not if Michael Eavis' recent comments are anything to go by. 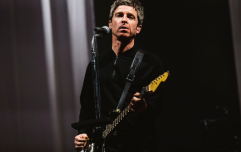 Noel Gallagher says he is refusing to wear a face mask

END_OF_DOCUMENT_TOKEN_TO_BE_REPLACED

Speaking to the Guardian, Glastonbury's founder spoke of his regret at the decision not to be hosting the festival in 2018, adding that he would be willing to go back on this decision if a certain band were to re-form.

"There’s one band I want to re-form – if they re-form, I’ll change my mind," he admitted.

At this point, we should say that Eavis did not at any point reveal the name of the band, although he did make clear it wasn't One Direction.

Despite this, many of those that have got wind of his comments seem to think they know exactly who he was referring to.

It will be...Oasis re-unite, so Eavis changes his plans 👌🏼😉 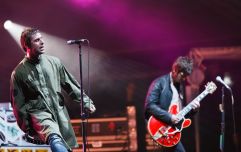 END_OF_DOCUMENT_TOKEN_TO_BE_REPLACED

Even with the chance of postponing Glastonbury's fallow year, recent events make it unlikely that Oasis will be reunited in time for next summer.

Liam Gallagher, whose surprise performance was one of the highlights of One Love Manchester concert a few weeks ago, has made little secret of his thoughts towards brother Noel after he decided not to appear at the event.

We're not getting our hopes up.

House of Rugby Ireland · Munster and Leinster's final showdown, card crazy and Pieter-Steph du Toit interview
popular
Two Irish cities named the friendliest in Europe by leading travel magazine
Met Éireann has issued a weather warning for seven counties
RTÉ confirms Eoghan McDermott will not be returning to 2FM
Happy 25th anniversary to the best mid-movie plot twist of all time
The 50 most iconic songs of all time* have been revealed
Abercrombie & Fitch to permanently close Dublin store
People think they've figured out the ranking of the viewers on your Instagram Stories
You may also like
1 year ago
If ever there's hope of an Oasis reunion, this interview with Liam Gallagher is it
1 year ago
Remembering the famous Oasis gig when champagne, tunes and tantrums changed the band forever
1 year ago
QUIZ: Can you name the Oasis song from a single lyric?
1 year ago
"I don’t forgive people" - Noel Gallagher opens fresh war of words with his brother
1 year ago
BBC are showing a brand new documentary about the life of Noel Gallagher
1 year ago
Does anyone else wish Noel Gallagher would just shut up?
Next Page