Billy Corgan and the Pumpkins have rarely sounded so good.

Yes, we know The Smashing Pumpkins have released material since then, but this is the first time the original line-up have got together to release something new.

The founding members of the band, Billy Corgan, James Iha, and Jimmy Chamberlin got together in the Shangri La Studios in Malibu and recorded 'Solara' which is an absolute banger. 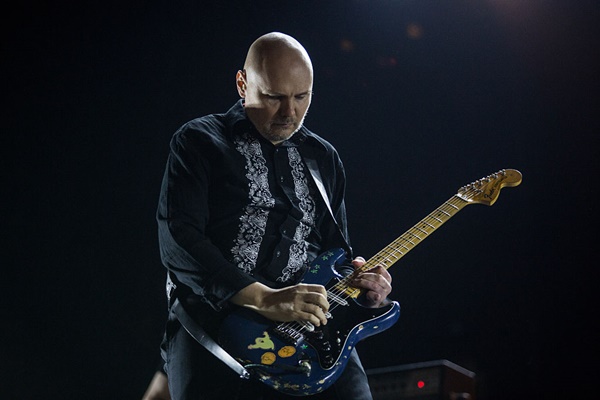 Produced by the legendary Rick Rubin and accompanied by longtime guitarist Jeff Schroeder, this is a tune which will excite their fans the world over.

They are about to embark on a summer tour called the 'Shiny And Oh So Bright' tour and fans can expect to see a band in flying form. There is also the promise of three brand spanking new EP releases from the band featuring the original lineup.

popular
The Toy Show DJ brothers have been offered their very first gig
Clint Eastwood's final western is among the movies on TV tonight
The full list of all the new shows and movies coming to Netflix in December
The JOE Friday Pub Quiz: Week 271
PCR tests to be required for all international arrivals to the UK
QUIZ: Let's get cracking with this General Knowledge Quiz
Ryanair's "virtue signalling" claims are indicative of Ireland's view on the Irish language
You may also like
4 days ago
60 years later, a new number one song of all time has been crowned
3 weeks ago
Travis Scott says he is "absolutely devastated" after eight die at Astroworld festival
3 weeks ago
At least eight dead and several injured in crush at Travis Scott's Astroworld festival
3 weeks ago
Westlife add second Dublin gig following huge demand
1 month ago
Christy Moore has announced 10 nights at Vicar Street starting next month
1 month ago
WATCH: Peter Jackson's much-anticipated Beatles documentary looks like a treasure trove
Next Page