Charlie will introduce the song on the radio in his new cloned voice.

U2 frontman Bono is to release a new song dedicated to Charlie Bird ahead of the latter's Climb With Charlie campaign.

This will see the veteran broadcaster - who was diagnosed with Motor Neurone Disease last year - climb Croagh Patrick in Mayo on 2 April.

END_OF_DOCUMENT_TOKEN_TO_BE_REPLACED

This is to raise funds for the charities Irish Motor Neurone Disease Association and Pieta.

Titled ‘Crazy Mountain’, the new track will get its world first preview on The Ryan Tubridy Show on RTÉ Radio 1 from 9am on Friday (4 February).

As part of the broadcast, listeners will hear for the first time Charlie’s new cloned voice as he introduces the song himself.

Following the preview release on the radio, 'Crazy Mountain' will then be made available to the public on the Climb With Charlie campaign's social media channels. 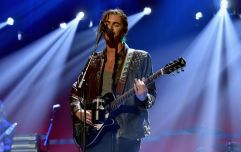 Hozier to headline 2FM Christmas Ball in aid of the ISPCC

END_OF_DOCUMENT_TOKEN_TO_BE_REPLACED

‘’This is an outstanding gesture. I am overjoyed and could not believe the message that I received from Bono," the veteran broacaster said in a statement.

"He has been hugely supportive of the Climb With Charlie campaign, which aims to raise funds for two amazing charities, the Irish Motor Neurone Disease Association and Pieta.’’

The pair first met in Washington DC when Bono was involved in a series of humanitarian visits to the US government and Charlie was RTÉ’s Washington Correspondent.

With Covid-19 and ongoing environmental works on Croagh Patrick, the Climb with Charlie campaign cannot facilitate large numbers of people on the mountain on 2 April. 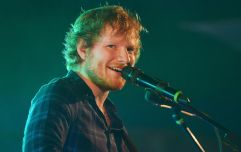 END_OF_DOCUMENT_TOKEN_TO_BE_REPLACED

However, the veteran broadcaster is encouraging everyone to log on to the event's website and donate what they can or set up their own fundraisers to climb in their local area.

He said the latter could be whatever people are able to do, including climbing a set of stairs or a short walk around the house, a local park or to the beach.

The climb will be an immense challenge for Charlie, however, he has said he is determined to do it to highlight the vast mountains so many people have to climb in their everyday lives due to severe illness, both physical and mental.

People can donate to the campaign or find out more on the Climb with Charlie website here, with all funds raised to go to charity.