If you absolutely have to con your way into a music festival, do it like this

A story of creativity and big balls.

If you've ever missed out on tickets for a great gig or music festival, then you'll love this tale about a few Irish guys in Australia.

Portmarnock men Paddy Egan and Eric Stears had their dream of seeing Tame Impala at Laneway Festival in Sydney dashed after the tickets sold out just days before the event.

They didn't give up and used some serious ingenuity to try and get there. Here's Eric's version of events and the photos that tell the full story.

"We listened to Tame Impala A LOT all through our travels around Asia so had been thinking about going to Laneway Festival for a while.

"Our classic "It’ll be grand" Irish attitude left us about to kick ourselves because the festival sold out.

"We didn't panic, we had a few options:

"So, our 'It’ll be graaaaand' candle was still burning, so we decided on making our way in as workers. We thought maintenance was the easiest; with a $10 high-vis, some rubber gloves and few plastic bags from K-Mart.

"On the day, we got dropped off about 400 metres from the gates so we could have a look for our best entrance. Once that was found it was sussed, so we hid behind a tree while doing the wardrobe change.

"Then the entrance to the artist entry gate where we walked safely past the first security guard with a casual nod, but next up was the Robocop at the main gate.

"All it took was as a “just meeting our supervisor at stage two mate…” He took about five seconds, looked us up and down "in you go lads." Yes."

"We didn’t break our act immediately, and as we got in started filling the rubbish bags to play the part. Straight into the toilets, off with the t-shirts, binned the gloves and out we came. We did it!!

"The festival was amazing; Glass Animals played a stormer and, of course, Tame impala made the night."

Here's the story in photos. 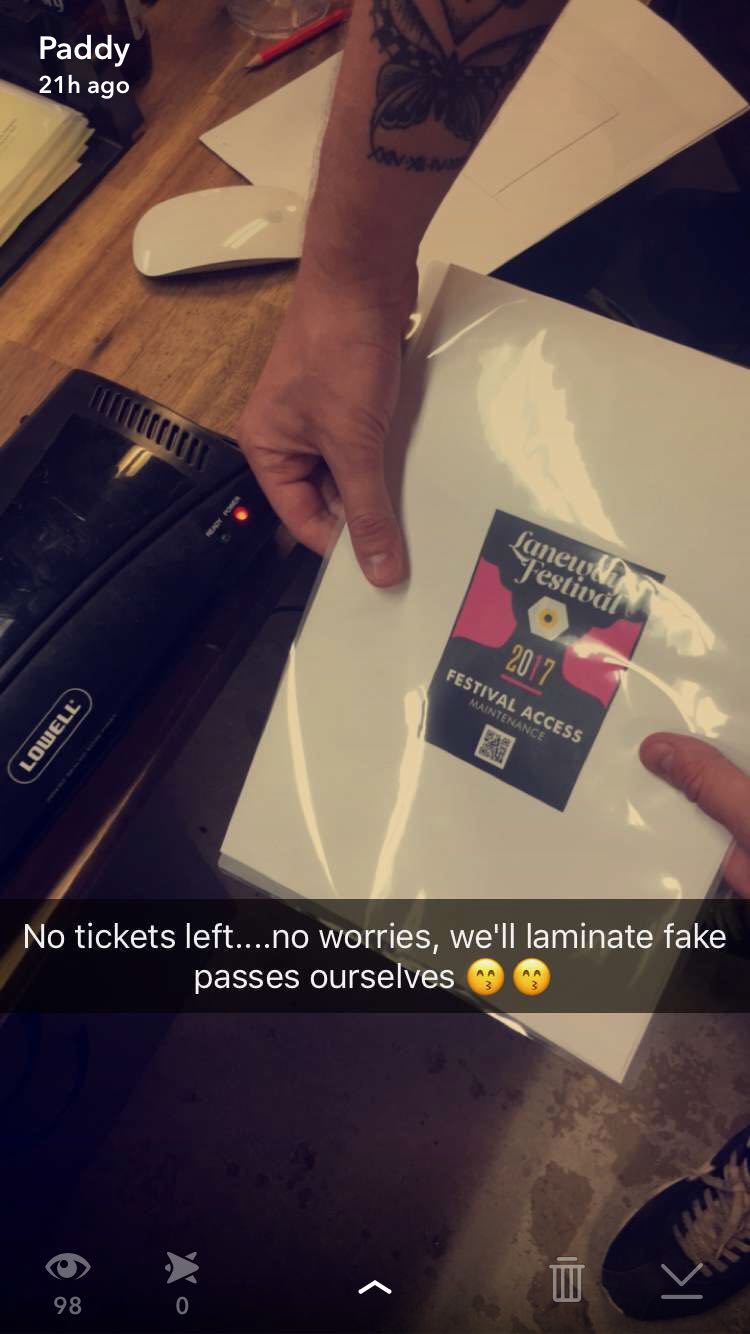 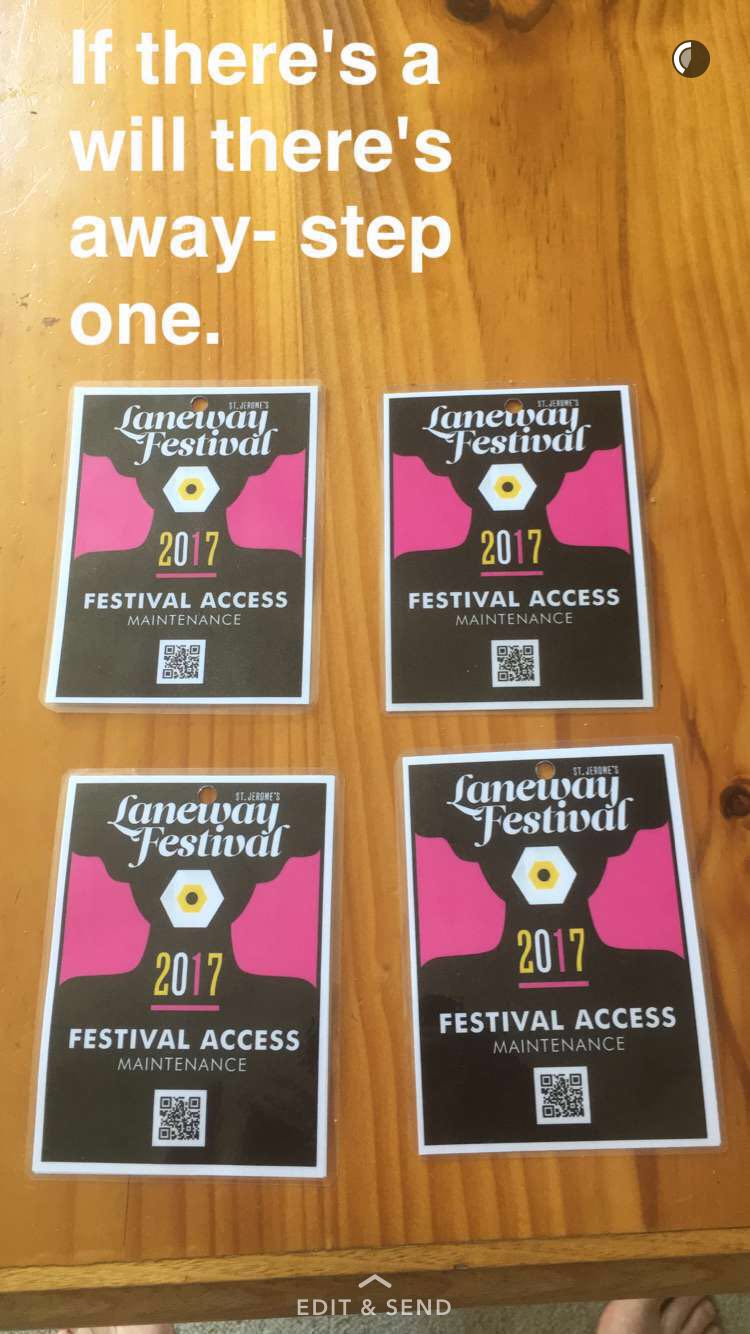 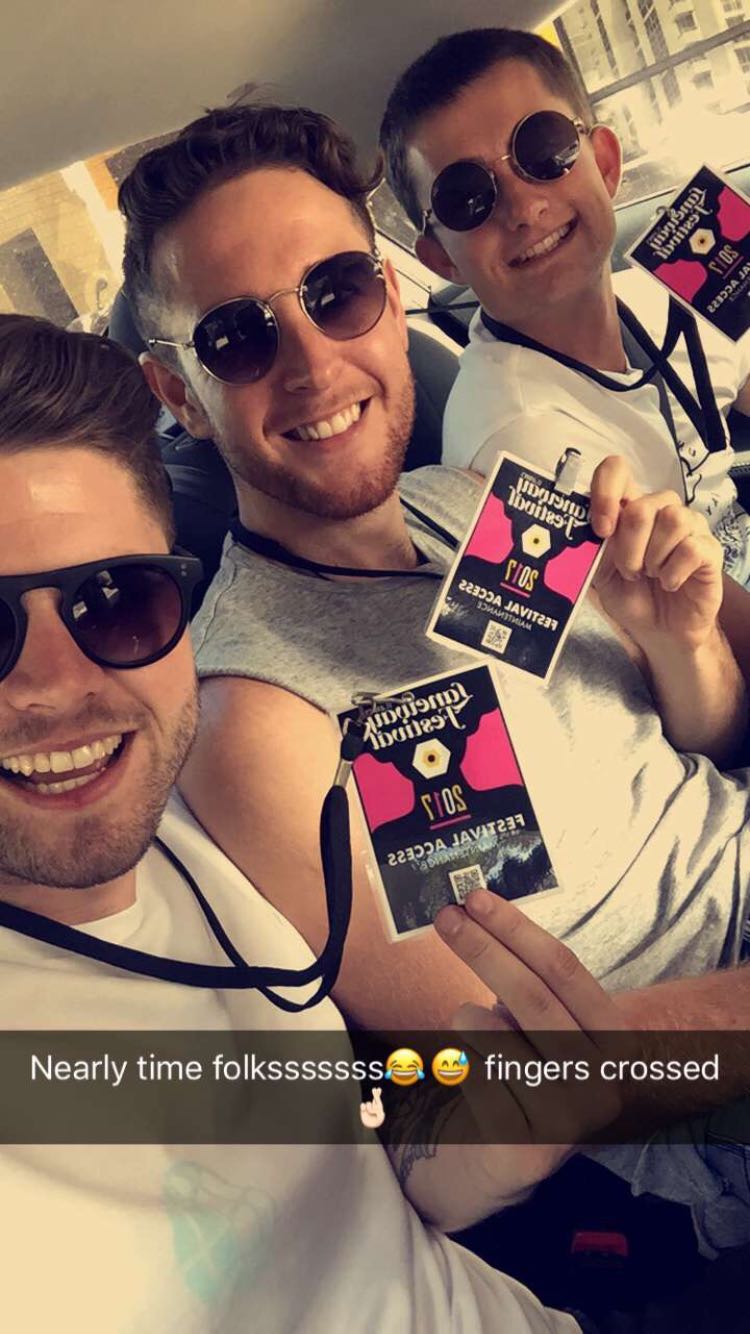 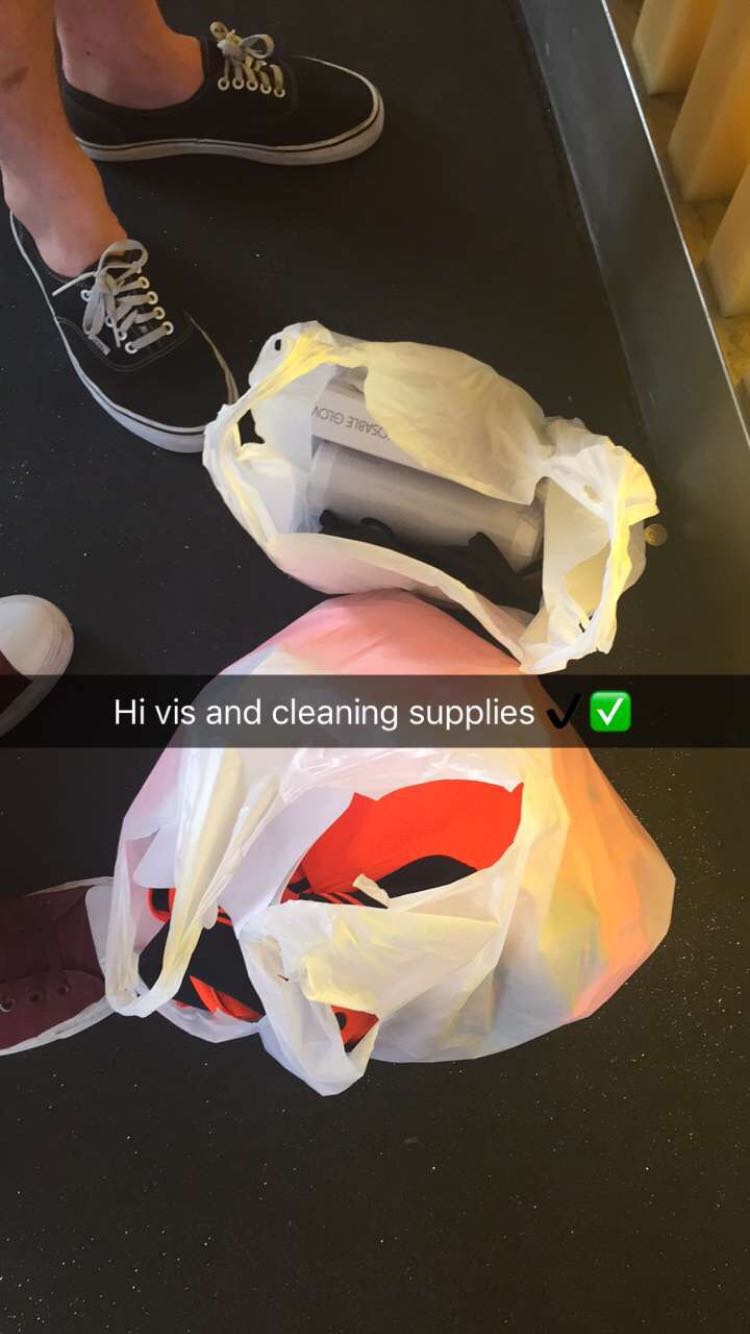 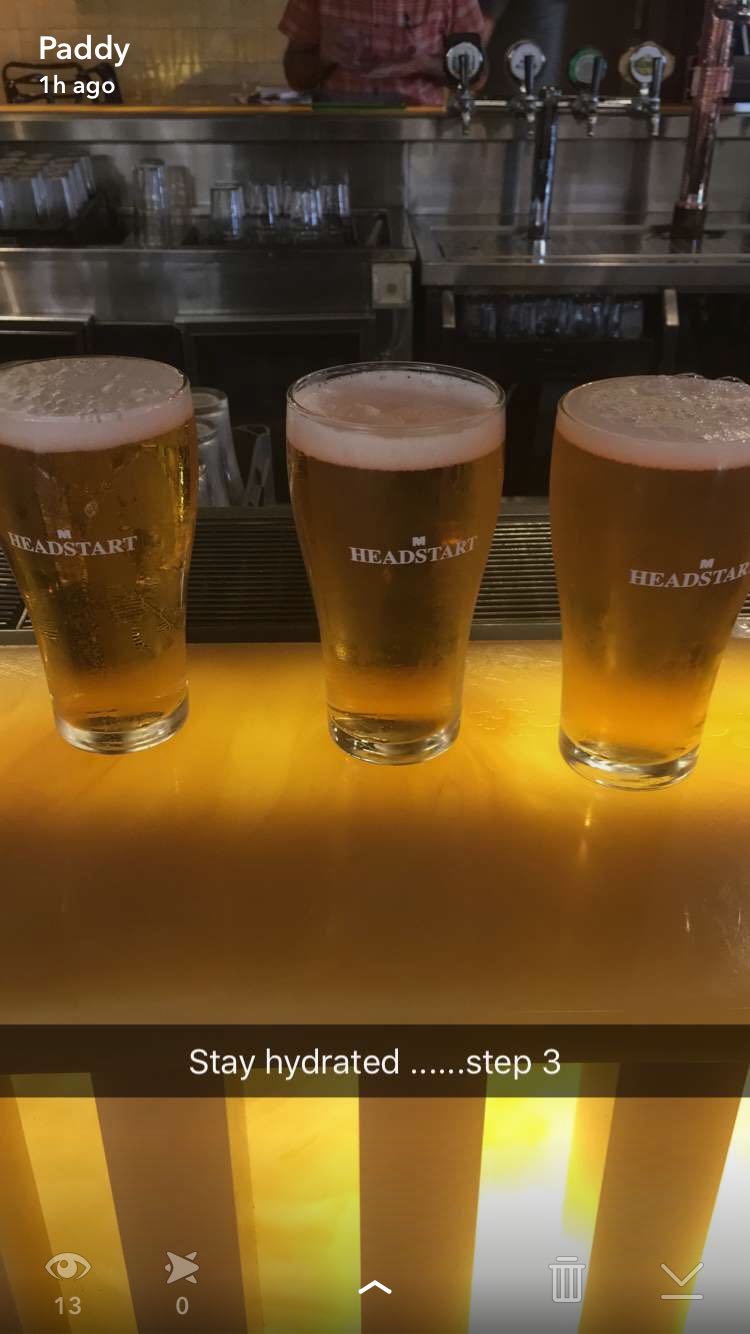 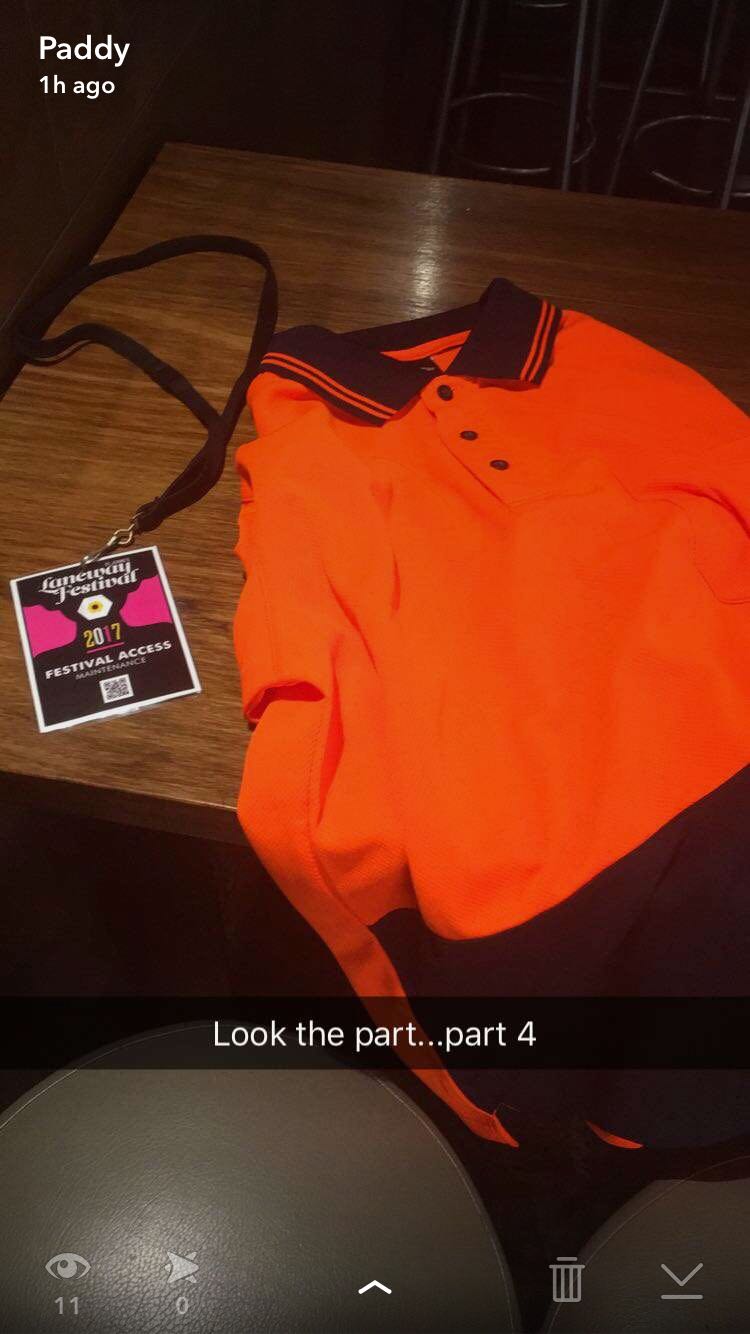 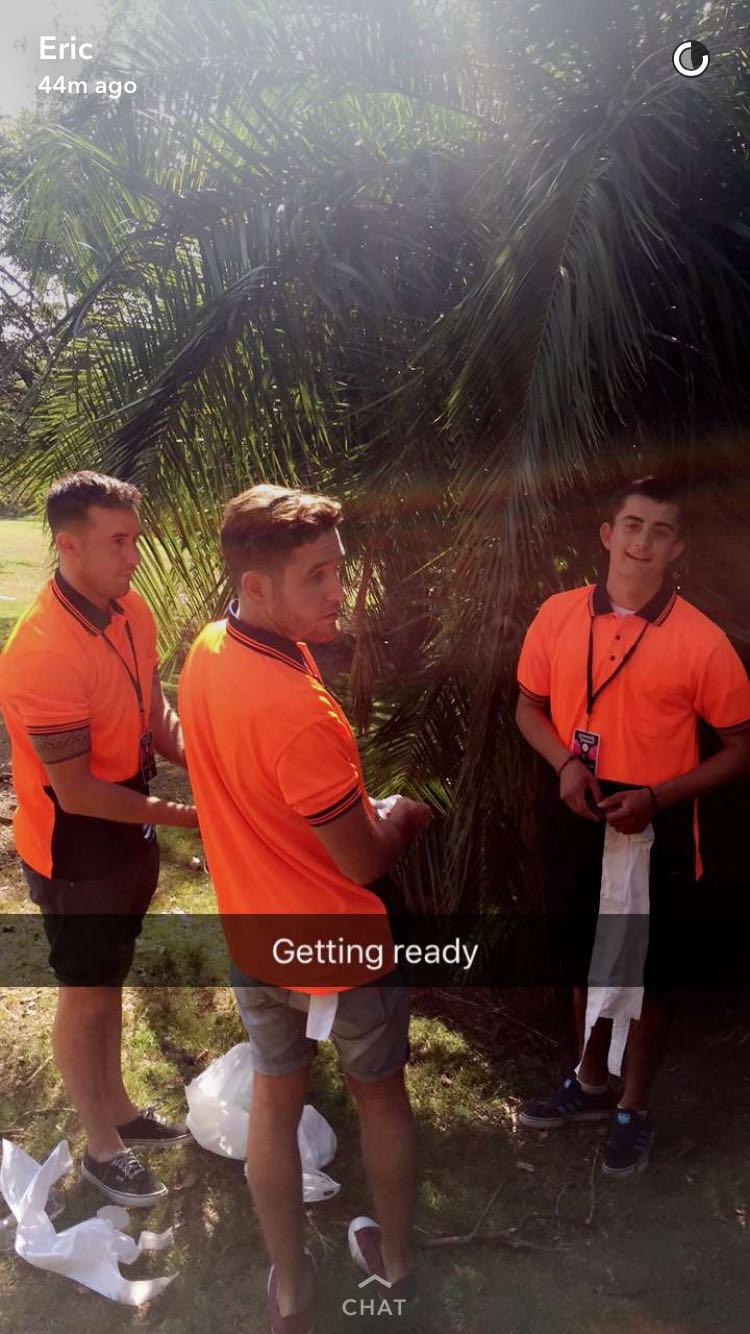 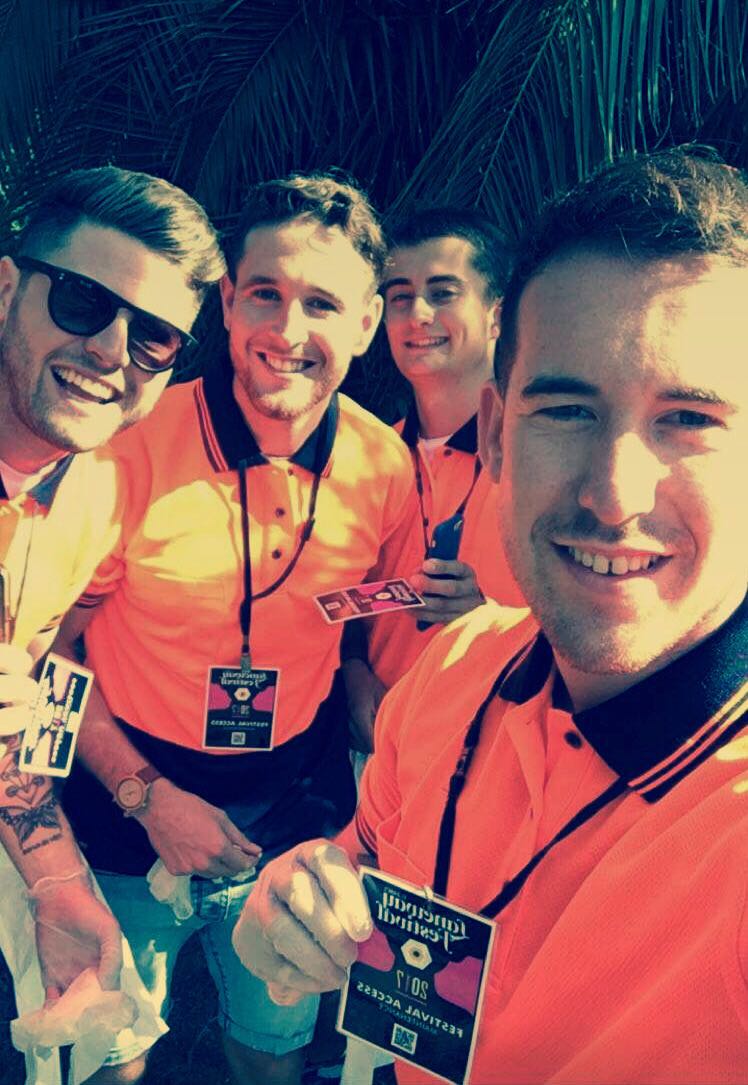 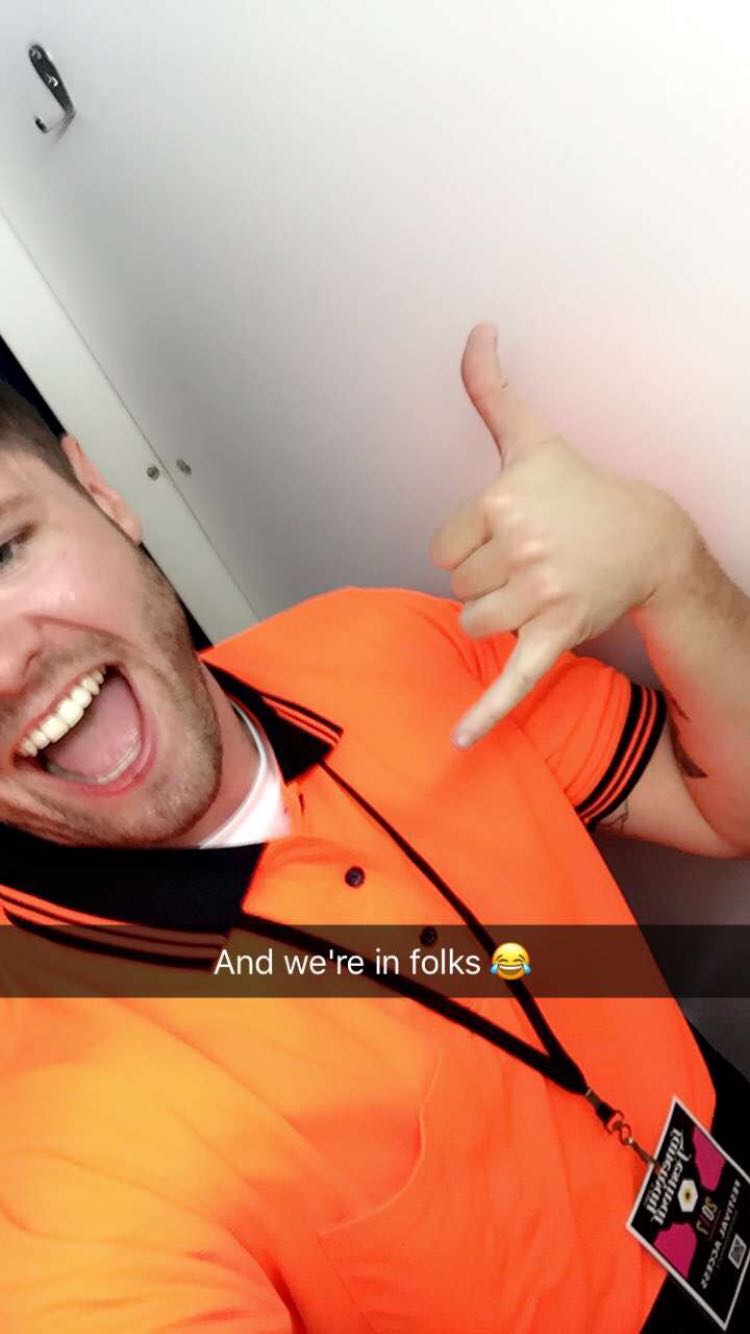 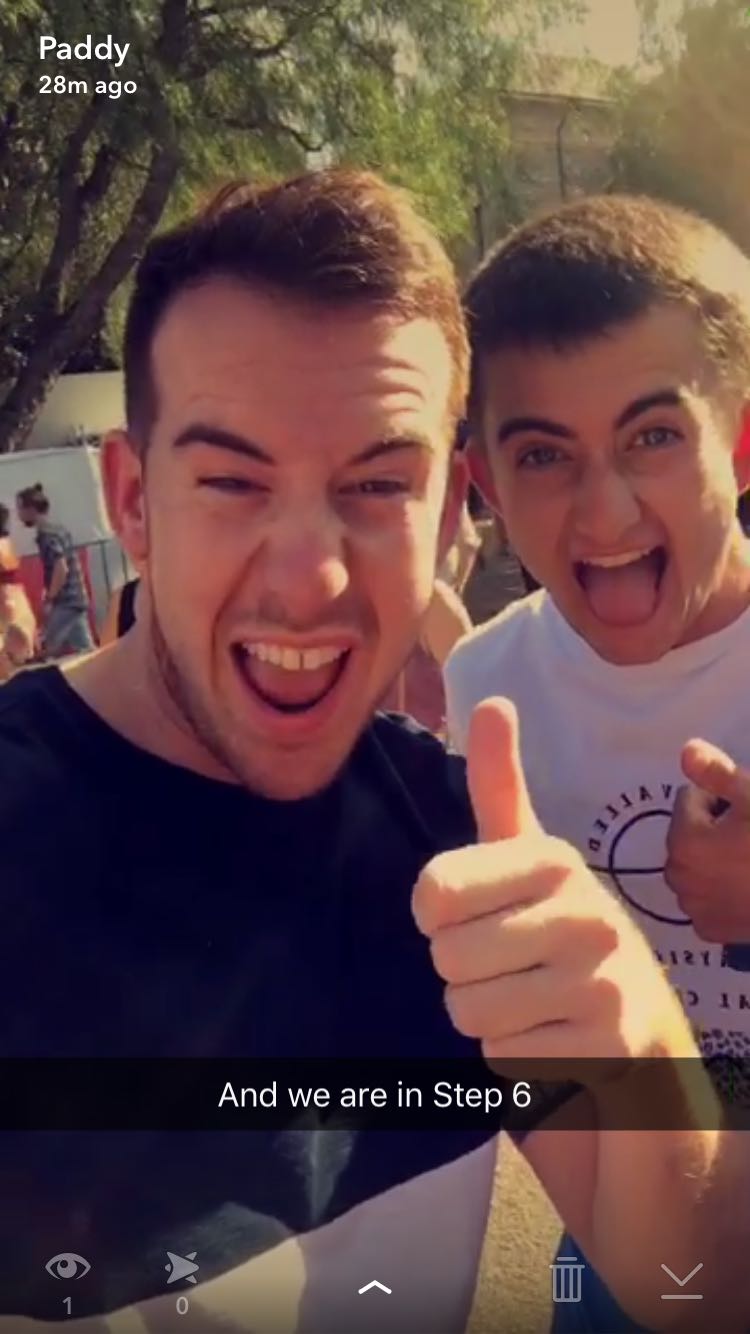 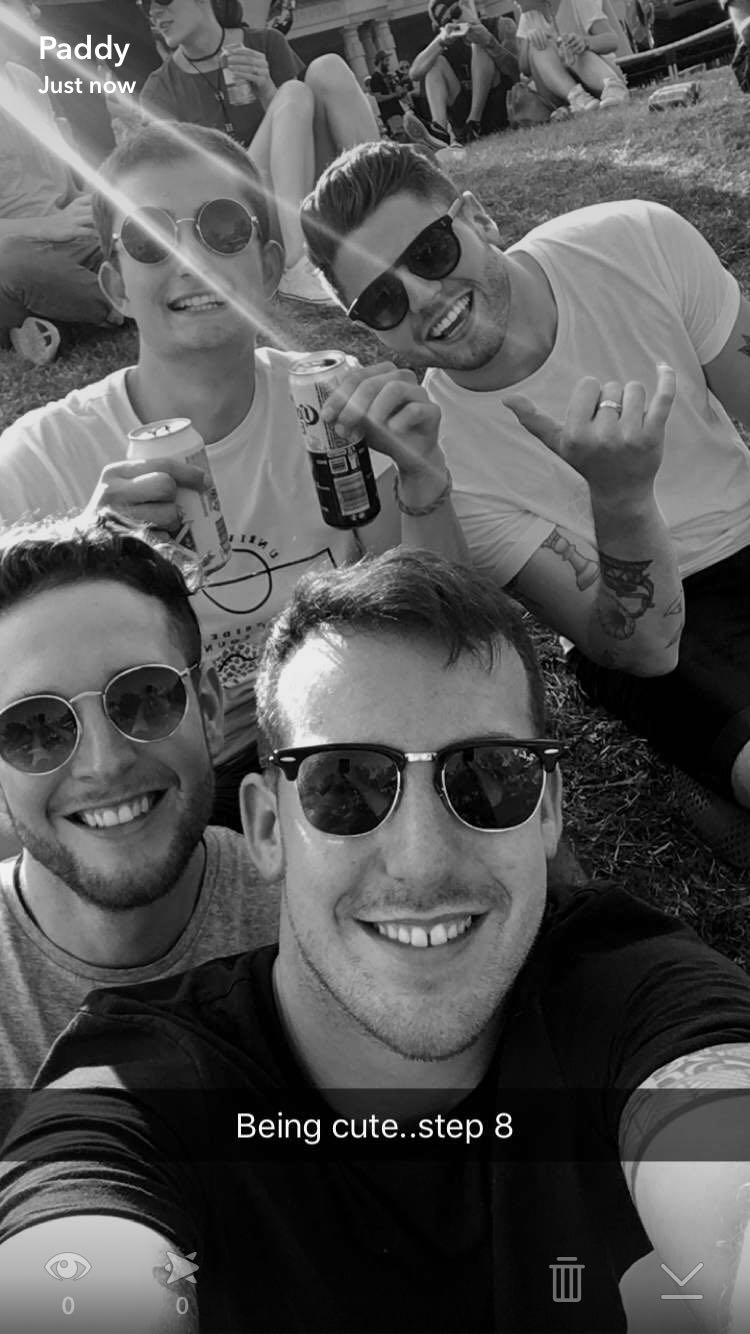 popular
Woman killed in Clare crash named as Peggy Twomey, mother of Marty Morrissey
These are the most generous counties in Ireland, according to GoFundMe
Man in his 70s dies following two vehicle collision in Galway
Schools and third level institutions to remain closed in counties affected by orange or red weather warnings
Amazon Prime Video has quietly added 8 big new movies to its library
A fun action flick with Nicolas Cage is among the movies on TV tonight
The Guinness Storehouse has gone all out for the Christmas festivities and it sounds absolutely magical
You may also like
2 weeks ago
Australian Prime Minister makes headlines with "Irish girl in a brewery" comments
1 month ago
Australian police release audio of moment Cleo Smith was found
1 month ago
Galway castle makes list of weirdest Airbnbs in the world
1 month ago
Landmark court decision set to have major impact for Irish backpackers in Australia
1 month ago
WATCH: Australian police release footage of the rescue of 4-year-old girl after she was missing for two weeks
1 month ago
Nearly a third of young people intend to emigrate in the next 12 months, new survey reveals
Next Page