Pics: These lads give puns a bad name in a hilarious series of Bon Jovi-themed text messages

These lads have reached new heights of having too much time on their hands by conducting conversations about several different topics, including fantasy football, through the age-old art of Bon Jovi puns.

Take a look below, there are no fewer than eleven screenshots of Bon Jovi goodness. Who knew this was even possible? We want to know if these guys can do the same with any band. 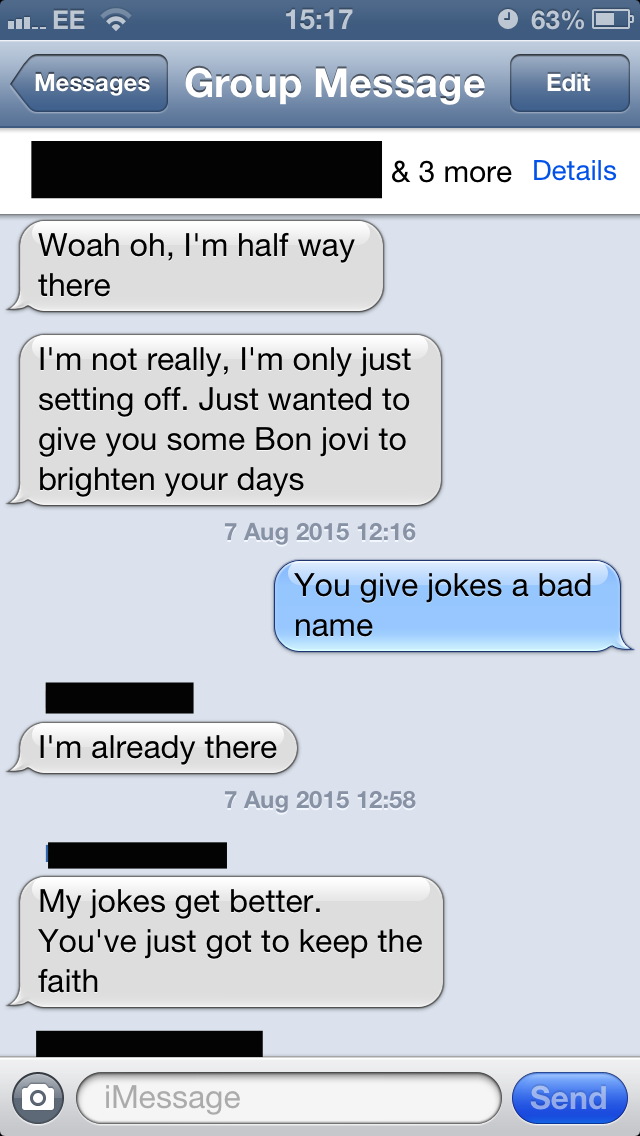 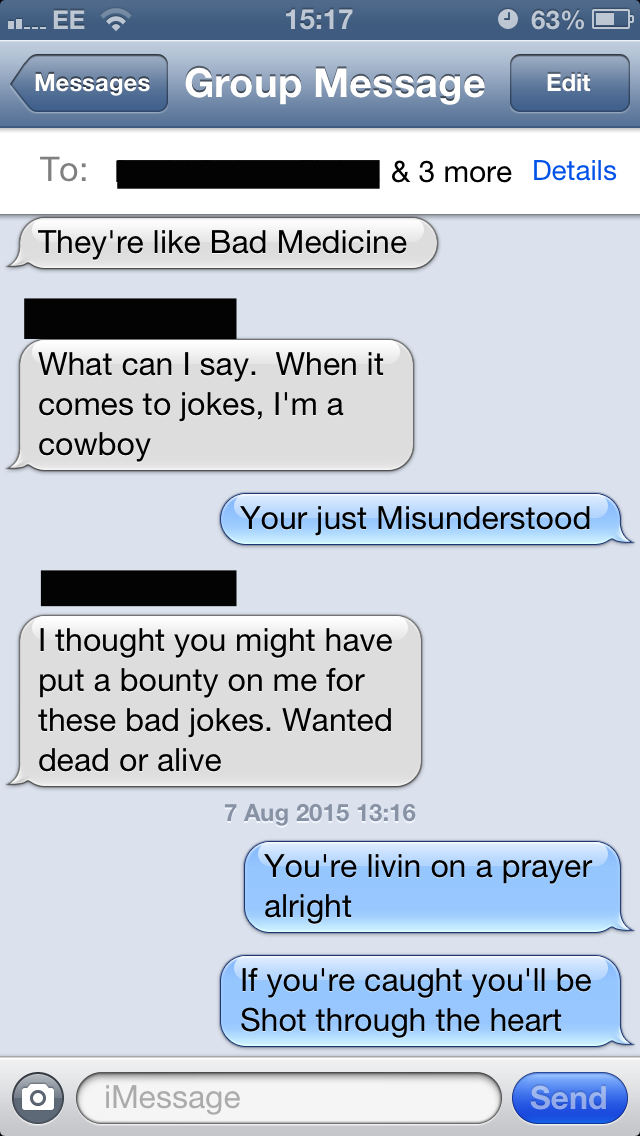 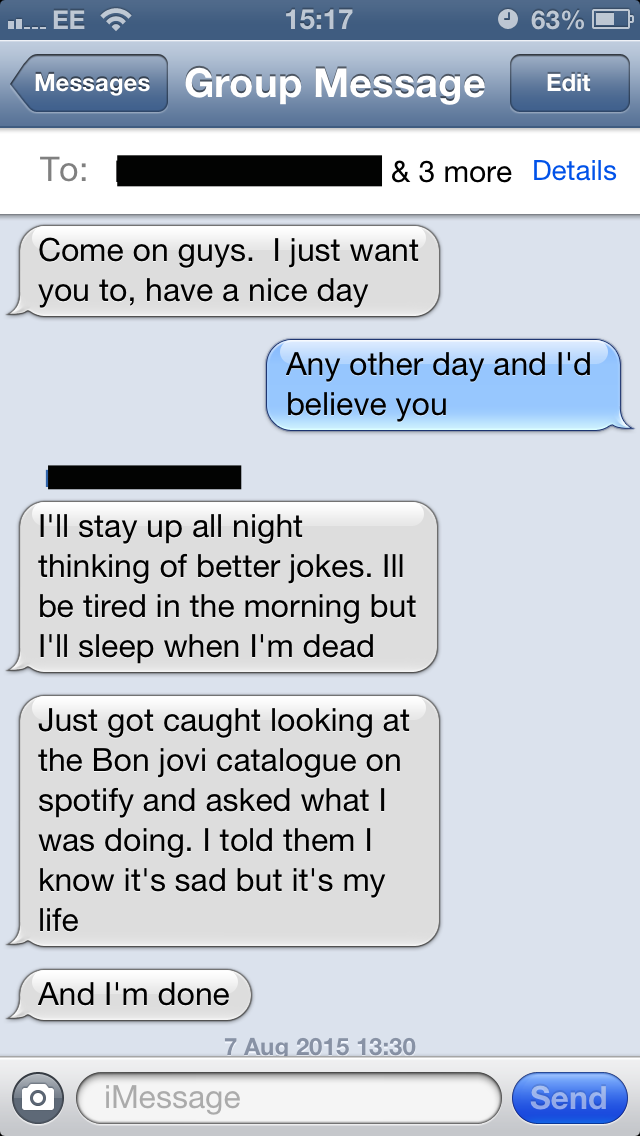 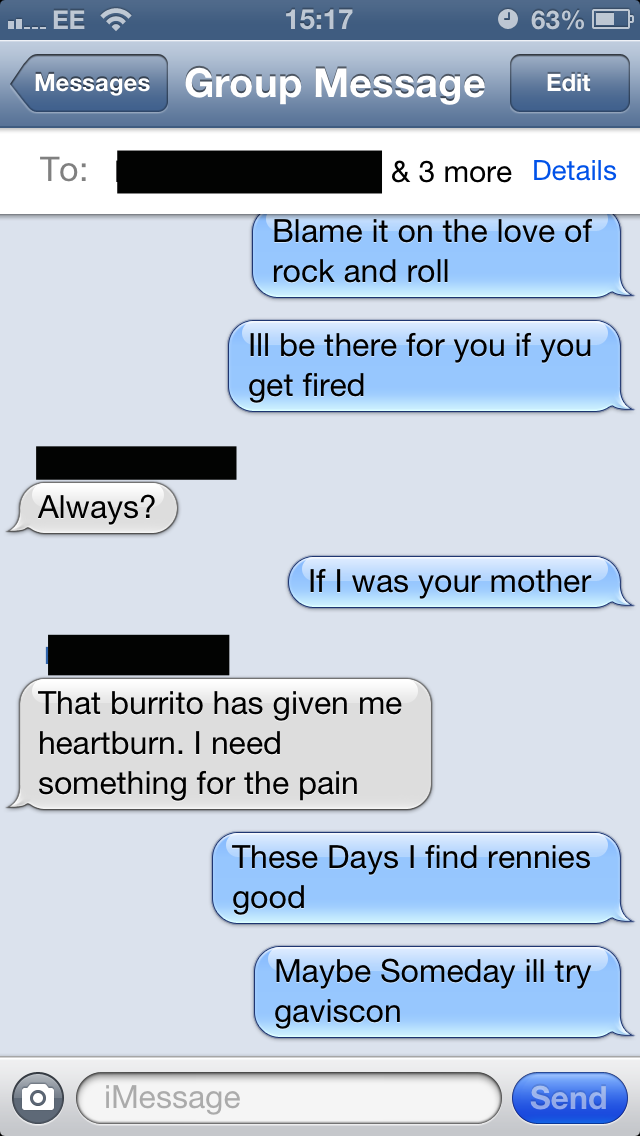 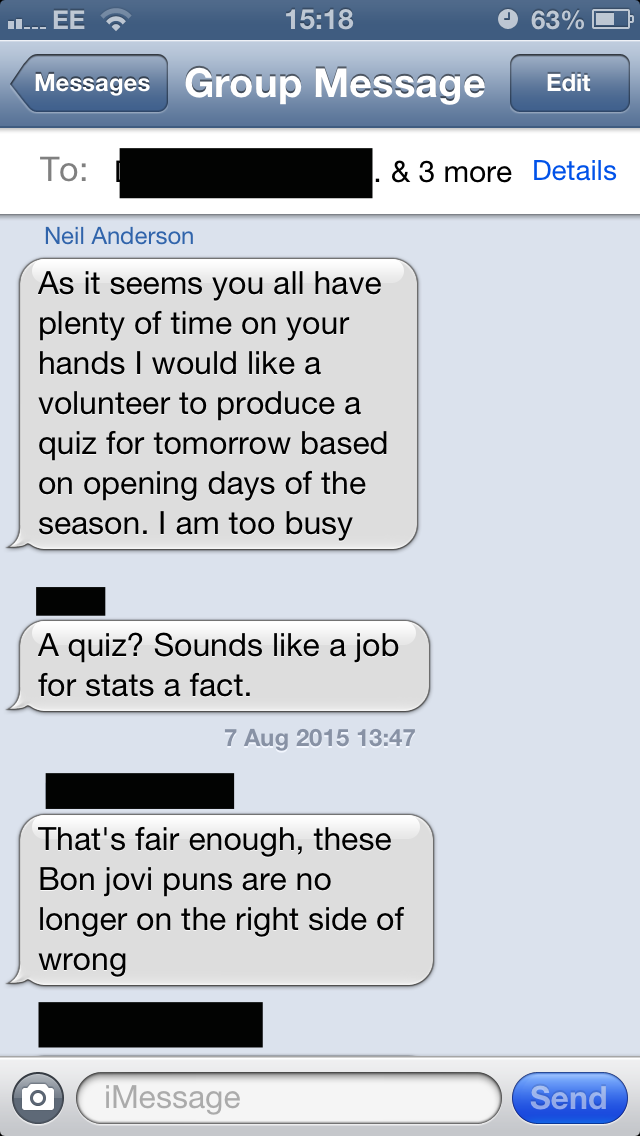 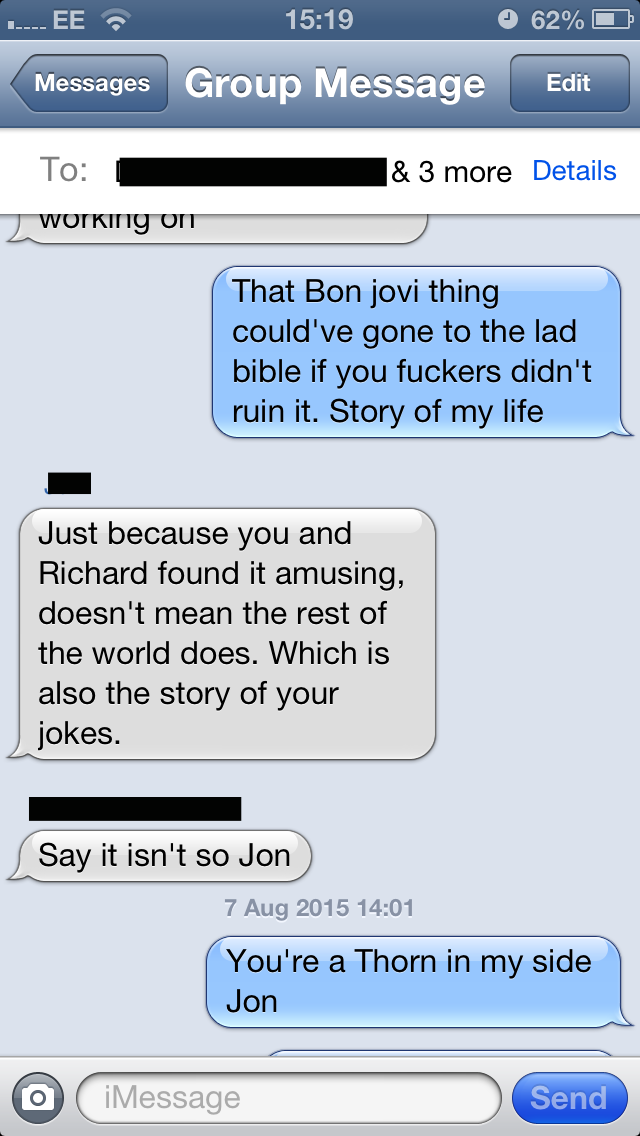 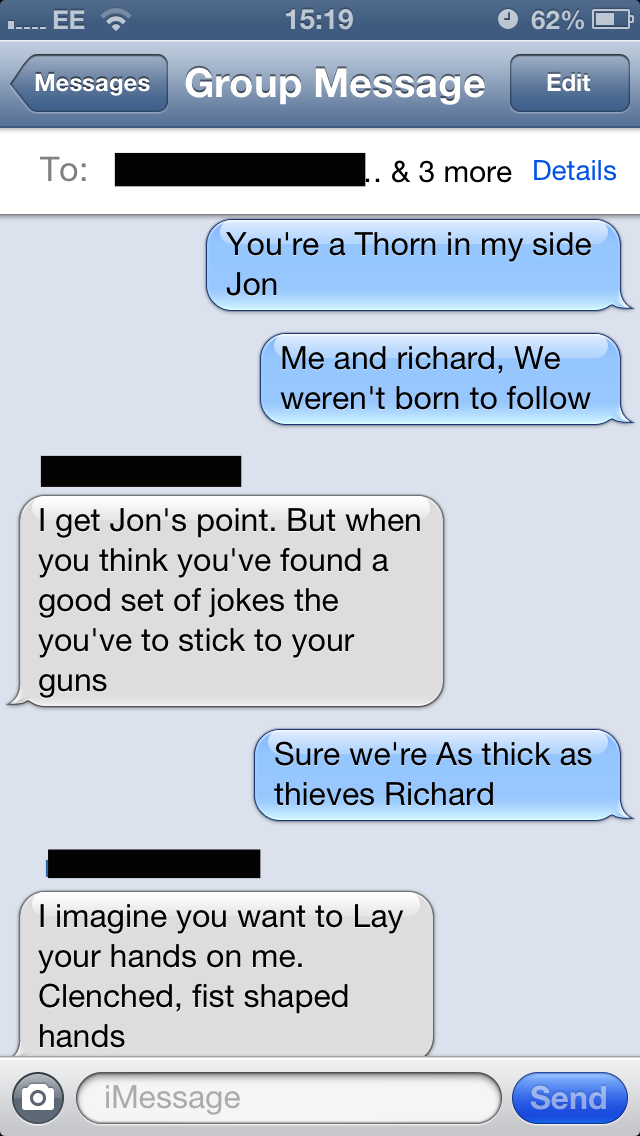 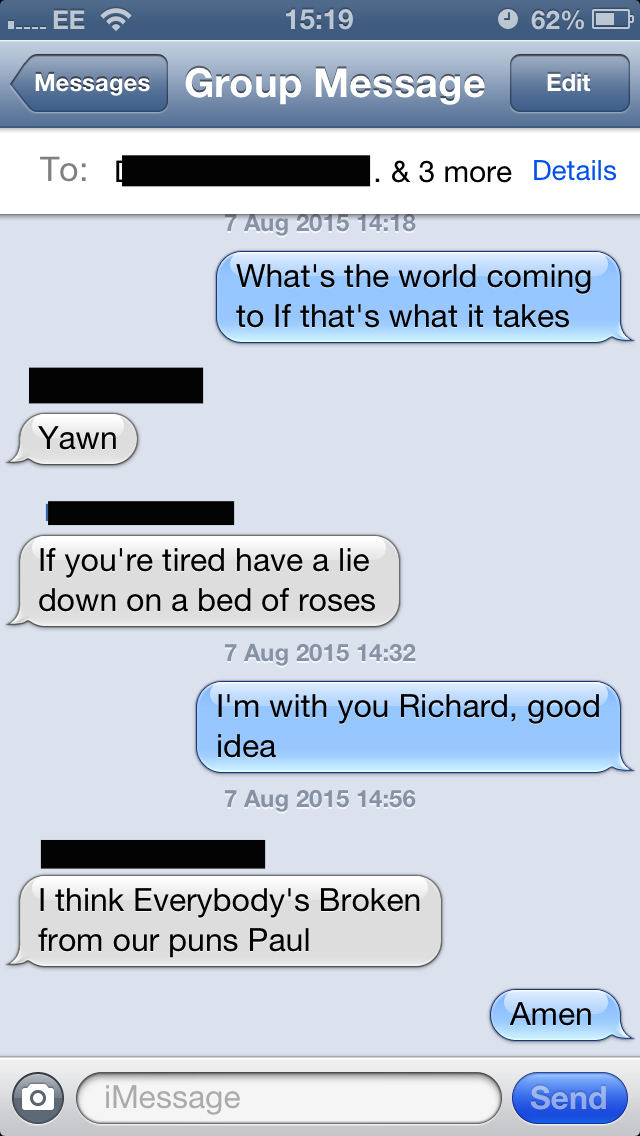 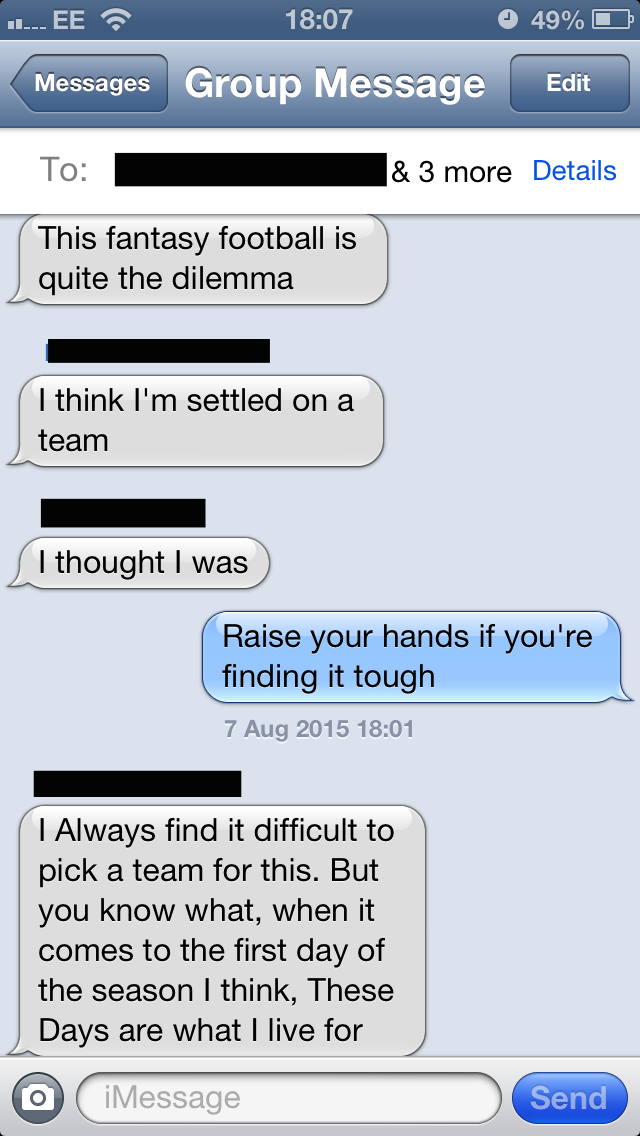 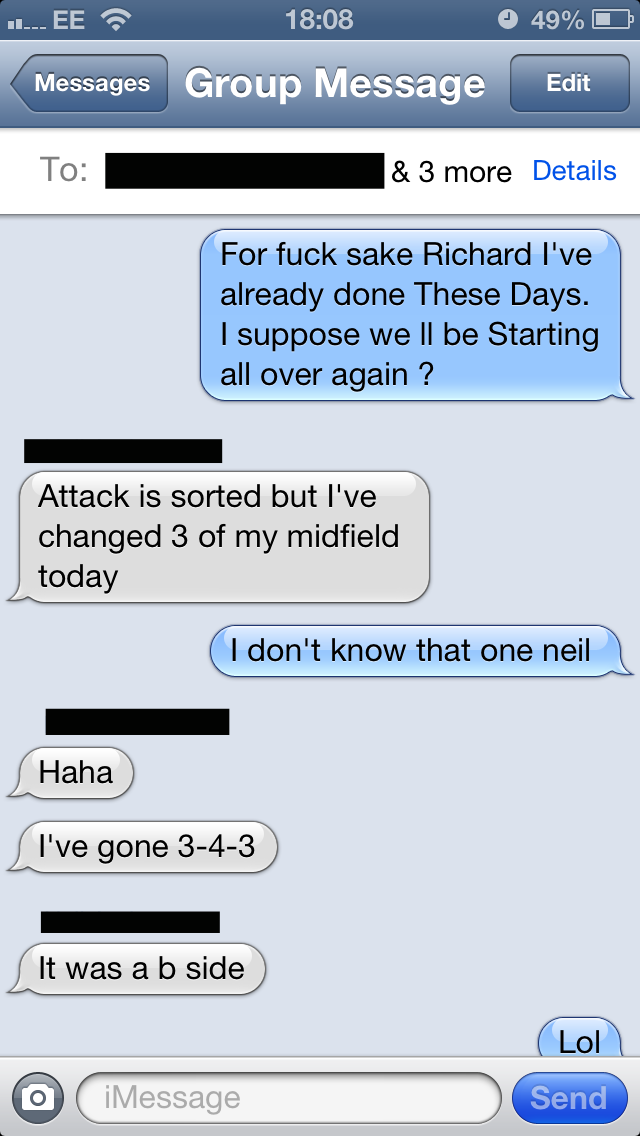 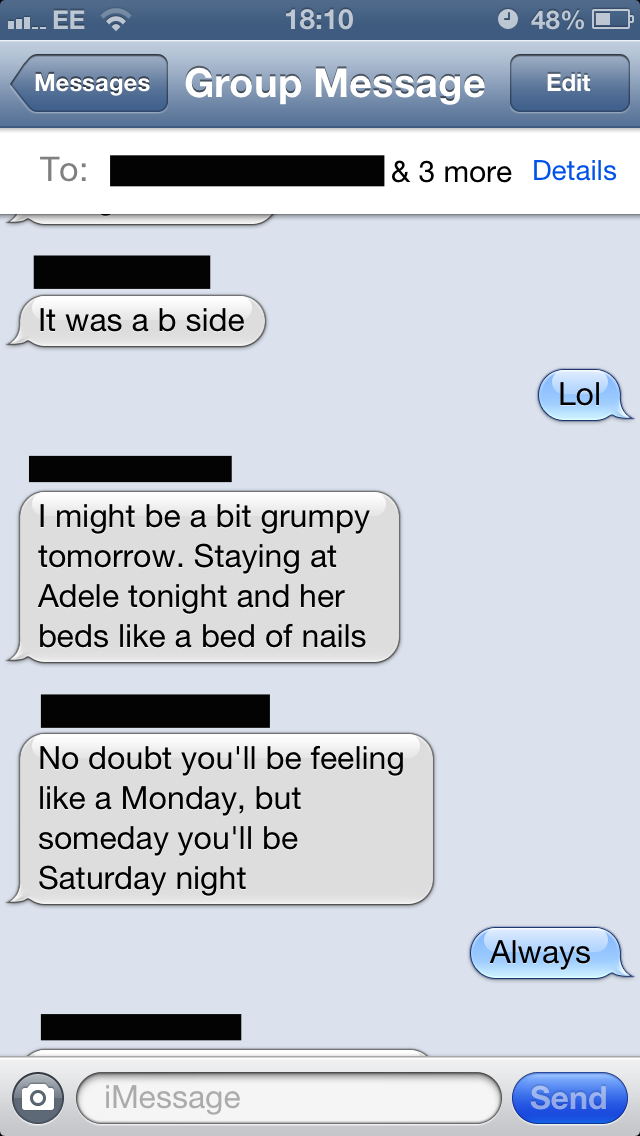 We'd cap it all off with a Bon Jovi pun of our own but sometimes you just have to... raise your hands and admit when you're beaten. Eh?

popular
Amazon Prime Video has just added 16 big movies to its library
QUIZ: We bet you can't get full marks in this extremely frustrating geography quiz
"It will be with me until I die" - Charlie Bird opens up about "loveliest gesture" from Daniel O'Donnell
Ireland tells Russia that naval exercises off Irish coast are "not welcome"
A new law now prevents employers using tips to ‘make up’ rates of pay on contracts
One person killed and three wounded in lecture hall shooting in Heidelberg
The JOE Movie Quiz: Week 138
You may also like
1 month ago
Who tweeted it: Simu Liu or Rahul Kohli?
2 months ago
Cow escapes field, heads to resort and gets stuck on water slide
3 months ago
Drunk man reported missing ends up joining search party to find himself
5 months ago
Why improv comedy is the exact night out we all need right now
8 months ago
Adam Sandler reunites with IHOP hostess who turned him away
8 months ago
Shrek fan notices X-rated Easter egg that we all missed as kids
Next Page