PICS: These previously unseen images of Nirvana playing in Cork are wonderful

"Here we are now, entertain us."

August 20th, 1991 - three days after they record the video for Smells Like Teen Spirit, Nirvana play a pub venue in Cork.

Almost immediately after finishing their set at Sir Henry's, the lives of Kurt Cobain, Dave Grohl and Krist Novoselic would change forever.

END_OF_DOCUMENT_TOKEN_TO_BE_REPLACED

Nevermind was released shortly after the band left Leeside and with that came instant fame and, tragically for Cobain, the trappings associated with it.

This week marks the 25th anniversary of that famous night in Cork and after getting the true story of that gig from Sean O'Neill, the manager of the pub at the time, we're delighted to say that Nirvana fan Rory Wales has also shared his stories and memories of that night.

Take a look at these wonderful images. 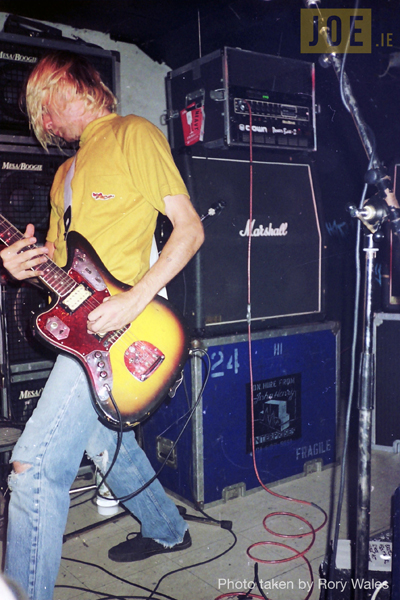 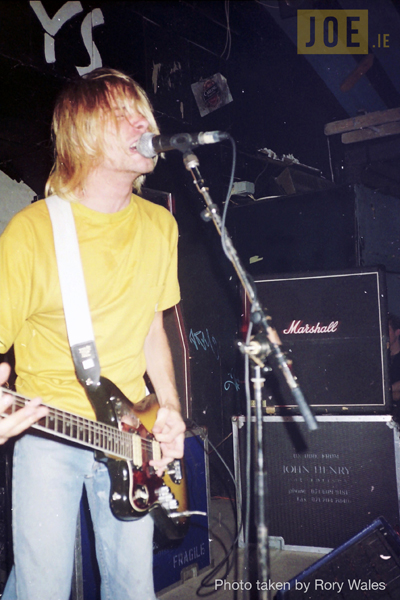 END_OF_DOCUMENT_TOKEN_TO_BE_REPLACED

Rory also has a lovely story to share about the moment that Kurt Cobain posed for an amazing photo (included below). In his own words, "Like most people going to Sir Henrys that night, I was mainly going to see Sonic Youth, I really loved their album Goo which had come out a year earlier". (Here's Sonic Youth playing) 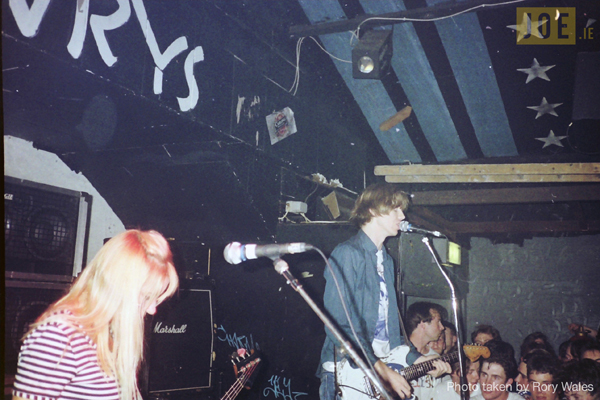 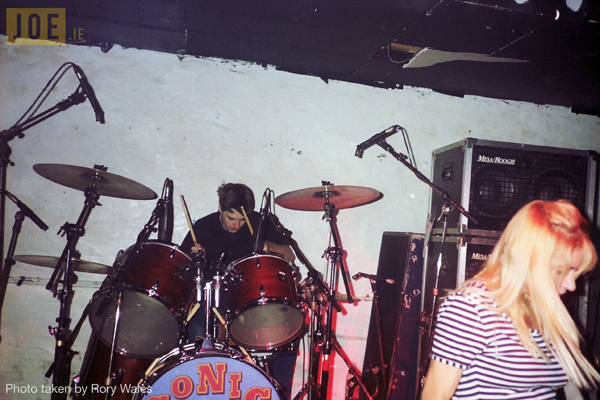 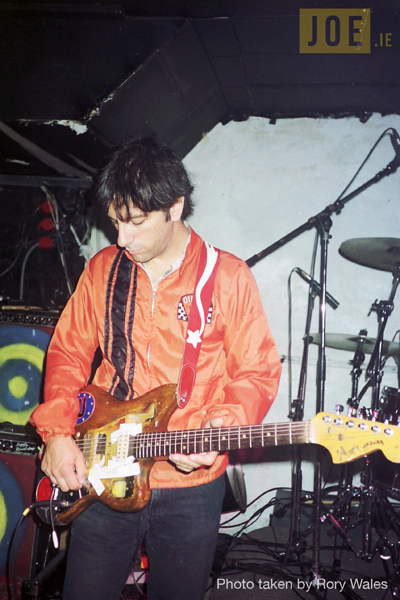 Rory continues, "I didn't know any Nirvana stuff but my friend Kevin had a tape of their album Bleach which we played a few times earlier that day so we'd at least know what they would sound like. I was always very enthusiastic about going to gigs so I'd always queue up early and get right up at the front of the stage".

(We love the cans of Carling that are scattered around  the stage as well as Krist Novoselic's Dinosaur Jr. t-shirt) 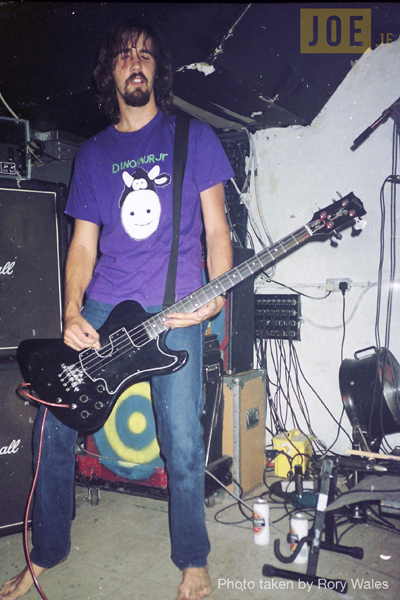 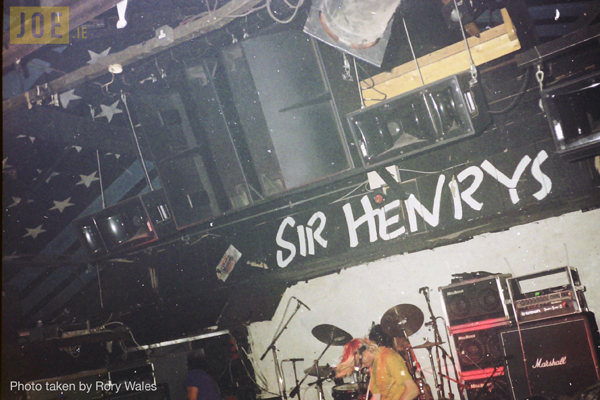 END_OF_DOCUMENT_TOKEN_TO_BE_REPLACED

"Nirvana played a really good set I thought, really loud and lively. I basically stood directly in front (about 1 metre away) of Kurt during the whole gig. In between one of the songs I shouted 'Kurt! Kurt! Kurt!' and he came up to me and said 'Yeeaaay??' and I asked him for a smile for the camera and he said 'Okay', put both hands in front of his face in a prayer posture, and slowly drew his hands apart revealing his face." 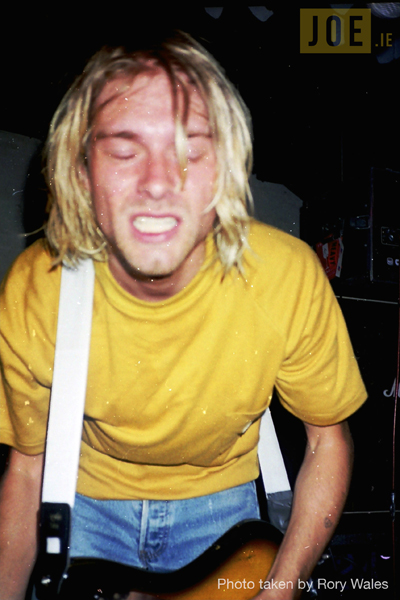 "I couldn't take the photo on time because the flash on my camera was taking 10 seconds to charge so I missed the moment but got the other close up of Kurt instead (above). Sonic Youth were amazing as I recall, Thurston Moore and Lee Renaldo were sliding screwdrivers up and down the fretboards of their guitars at one stage (see photos).

(Check out the Brendan Behan t-shirt) 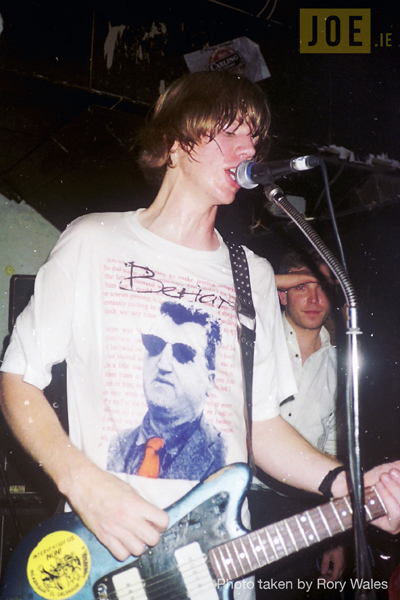 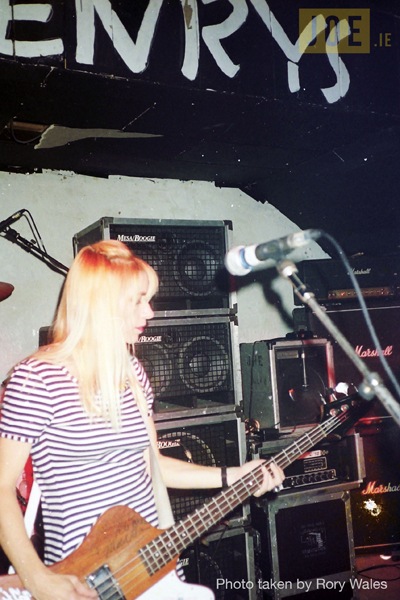 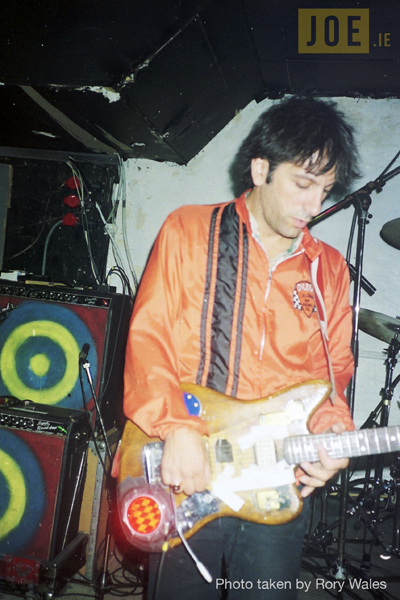 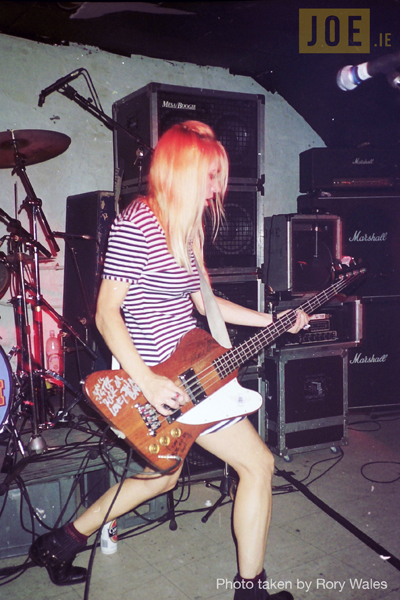 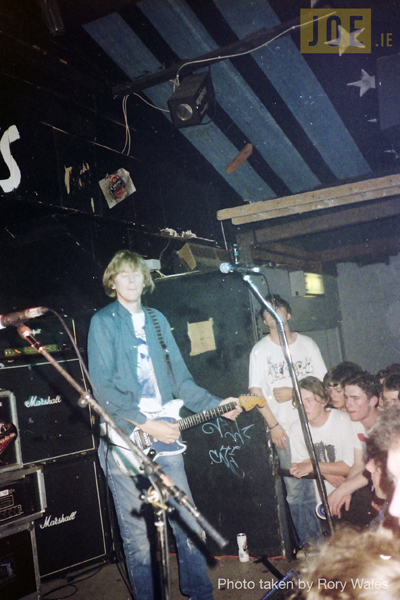 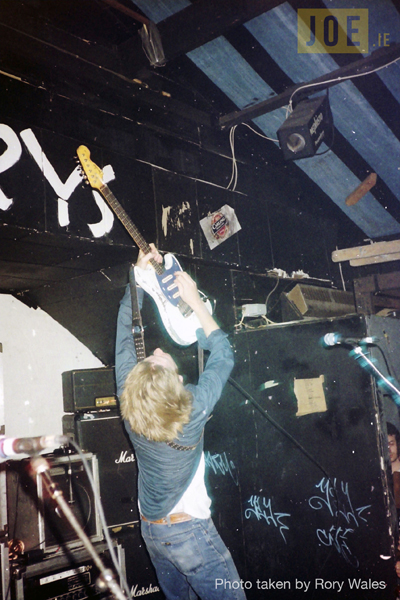 Rory says that over the years, his musical education was well served by the iconic Cork venue.
Advertisement
"Other bands I saw in Sir Henrys - My Bloody Valentine, Babes In Toyland, Therapy?, and of course local Cork heroes Frank & Walters and Sultans of Ping. I was a teenage indie kid during all this time so all this music was all so new and exciting for me." 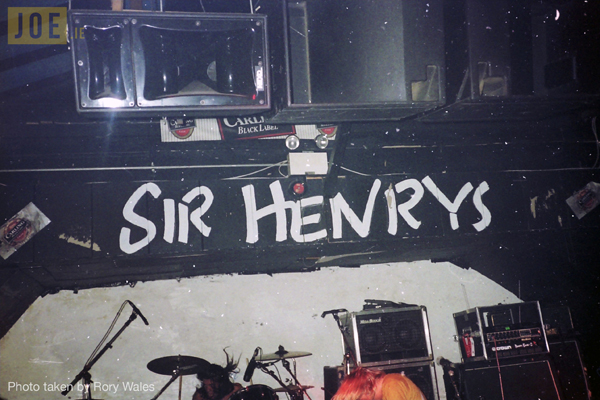 If you've any other famous concert stories, pictures, clips or anything else then feel free to get in touch with JOE.
Cheers to Rory Wales  for sending this images our way. If you have something you would like to share with us, send it to our WhatsApp number 087-4001102, editorial@JOE.ie or hit us up on Facebook or Twitter.

popular
People want "offensive" Crown Paints advert banned after attracting hundreds of complaints
Netflix has just added 23 very big movies to its library
Human remains found in suitcases are the bodies of two children
Disney+ has just added 10 big movies to its library
The prequel to one of the best twists of all time and 7 more movies & shows to watch this weekend
A terrific '90s crime drama is among the movies on TV tonight
Here's how to make €9-11 on Revolut in just a few minutes
You may also like
22 hours ago
QUIZ: Can you identify the famous song from the opening line?
2 days ago
Pop Idol star Darius Campbell Danesh has died, aged 41
6 days ago
The 10 must-watch events at the 2022 Dublin Fringe Festival
1 week ago
Family of Ashling Murphy share heartbreaking tribute at Fleadh Cheoil
2 weeks ago
Taylor Swift responds after report claims she has the highest celebrity private jet emissions
2 weeks ago
The JOE Friday Pub Quiz: Week 305
Next Page