Picture This announce major gig in Killarney just before Christmas

The perfect Christmas present for the Picture This fan in your life.

Having become the fastest act ever to sell out the INEC Killarney in 2017, Picture This have been confirmed as the first band to perform at the newly rebranded The Gleneagle INEC Arena days before Christmas.

The Kildare natives will perform in the Kerry town on Friday, 20 December at the tail end of what has been a memorable year for the band, who became the first act ever to play and sell out five consecutive nights at Dublin’s 3 Arena earlier this year. 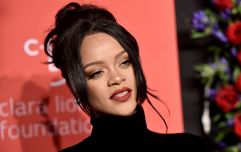 END_OF_DOCUMENT_TOKEN_TO_BE_REPLACED

JOE’s Dave Hanratty was at every single one of those gigs; you can capture his account of the Picture This experience right here.

Speaking about the announcement, Mark Egan, Director of Entertainment at Gleneagle INEC Arena, said: “Picture This first played with us back in 2015 as part of their ‘Journey starts here’ Tour and we knew then they were destined for greatness. We look forward to welcoming them back on 20 December when they will be the first band to play the newly rebranded Gleneagle INEC Arena.”

The Gleneagle INEC Arena rebrand has come about as a result of investing over €500,000 in production and technology across lighting, sound and audio-visual systems, and an increased patron capacity of 4,142, offering the venue the infrastructure to cater for a wider variety of acts and artists.

Tickets for Picture This cost €49.50 plus booking & facility fee and will be available from INEC Killarney and Tickemaster on Friday, 19 July at 9am.

Under-16s must be accompanied by an adult and are only permitted in the seated area.