"I think I am a bit unusual" - Róisín Murphy on her new music, work ethic and her kids hating her singing

"It's tough being Róisín Murphy, let me tell you."

The Arklow native laughs a knowing laugh, but there's a little bit of truth in every joke.

Having first arrived onto the music scene in the mid-nineties determined to craft tiny and gigantic worlds of her own construction, Róisín Murphy has defiantly walked her own path. 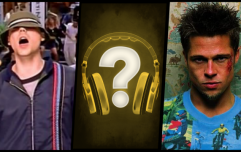 END_OF_DOCUMENT_TOKEN_TO_BE_REPLACED

Her first stab at capturing and creating may have been in tandem with Mark Brydon as one half of Moloko, but Murphy's individual presence was always going to bubble to the fore.

The turn of the century brought her distinctive timbre - soothing and dangerous all at once - into many a household as 'Sing It Back' and 'The Time Is Now' emerged as genuine anthems. 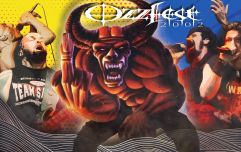 END_OF_DOCUMENT_TOKEN_TO_BE_REPLACED

As her career progressed, a genuine one-of-a-kind artist took shape, one that continues to kick against the pricks while refusing to ever settle.

Murphy's work is generally awash with critical superlatives; words like 'brilliant' and 'unique' and 'genius' neatly fitting albums like Overpowered, Hairless Toys and Take Her Up to Monto.

Valid descriptions, but the true charm lies in the juxtaposition between a proudly avant-garde performer and a disarming, down-to-earth human being.

It shouldn't make sense, but it does, no mystique lost when JOE finds themselves in her company in a Dublin warehouse at 9am on a weekday morning. END_OF_DOCUMENT_TOKEN_TO_BE_REPLACED

Murphy is present to launch her latest venture; a six-part podcast series in which she plays host, interviewing peers all in the name of discovery.

To that end, Murphy sits down with a new guest each month to take a deep dive into their own personal musical journey to date. First up; Tom Findlay of Groove Armada.

"It works beautifully. I think people open up in a different way than they would to a journalist. We talk peer to peer. The idea behind it is discovering new music and broadening people’s palate.

"I guess with the way that the internet works, it looks at what you have already searched and suggest things to you so you can end up in quite a narrow field of influence.

"Something like this, when people give their 10 tracks, it’s oftentimes very surprising and interesting to talk about."

Also working beautifully; Murphy's latest effort 'Plaything'; a gloriously crafted pop adventure so good that even its author's harshest critics have been won over.

"When my daughter heard ‘Plaything’ she said, ‘Mama! This is like one of those records you don’t like. It’s great!’ We try to play them really good music, as much as we can, and if they get into trouble or they’re being naughty, we play classical music."

Classical music seems a fair exchange given how often Murphy finds modern pop radio thrust upon her by her children.

With algorithms and unadventurous corporate playlists ruling the roost, what's her take on current trends?

"The pop that’s around at the moment is very narrow," she considers.

"It’s not just styles that don’t deviate, even the frequencies don’t deviate, so everything is in this kind of mid-range frequency and me and my partner always say, ‘We’re not putting Squirrel FM on for you’, because it just sounds like loads of squirrels!

"It’s obviously something that works on a child’s brain; this kind of frequency and auto-tuning and all that, that’s just very easy for your attention span and it’s worked out to the nth degree."

The new podcast is a world away from all of that, allowing Murphy and her guests the freedom to pretty much do whatever they want.

That's in-keeping with her general approach to creating music. You get the feeling that Róisín Murphy could easily 'do a Sia' if she wished to, churning out easily digestible morning radio fare be it under her own name or for others.

"I’ve been asked to work with a lot of people who would be huge, huge producers now," she notes.

"I feel like I know what I’m doing next; for example, I know I’m working on a record for probably the next year, and I get asked nearly every day to guest spot on this or to write on that.

"I’m quite conscious of spreading myself too thin and taking the emphasis off the thing that I’ve really put all the love into, the album or the bigger project I’ve been working on."

That level of focus has been present throughout a busy career, even if the path into it came more from heart than head.

"I fell into singing though a relationship, through a love affair, and not through a great desire to make music," she says.

"I’ve kind of taken it a bit like that all the way through. Even when Moloko came to an end and I was wondering what I could do, and if I could do it at all, Matthew Herbert [co-producer of 2005's Ruby Blue] just happened to be there.

She recalls taking the tube to the studio in Brixton, working office hours, developing a process that produced results.

"Sitting around and saying, ‘I should be in America working with, like, Timbaland’… that was never really how I thought about it. It was a journey with relationships; working relationships; friendships and connections.

"I’ve always trusted my own instincts in how I move forward. Everything I’ve done has come from my instincts, so I can’t suddenly become a different type of planner and thinker like that."

She credits Matthew Herbert with instilling an organised routine.

"He taught me that," she nods.

"We had our own studio, me and Mark, in Sheffield. We very far away from the music business, off in our own bubble. There were a lot of times when I’d just fall asleep on the sofa; the work could go on for as long or as short as we wanted it to.

"Since Ruby Blue - and Matthew was always very strict; ‘I have to be out of here by 6 o’clock and we need to a full day’s work’ - I just fell in with that way of working. That’s the way I work now and nine times out of ten I’ve got a song at the end of the day."

She notes the importance of structure, something that might sound like a straightforward idea for a musician but isn't always easily put in practice.

"It's really healthy. It can be very unhealthy when that’s not there, you can end up letting things go too long, work on things too long, change things and forget where you were last week, stuff like that."

But what of the creative process? How does one arrive at a Róisín Murphy song, themselves so full of artful twists and turns?

"I allow the impulses to come out in the studio more than anything else," she offers.

"I do my research. I collect phrases and things that I hear; I write them into my phone or into a book. I chop up newspapers and make collages out of words. So I can come into the studio with a pile of stuff, and sometimes I just cover the place in it.

"There’s always a prompt, there’s always something like an article about oxytocin and that will bring about a song like ‘Overpowered’."

Speaking of, the Apple Music editor's notes for that track's parent album opt for "idiosyncratic" as an attempt to sum up Murphy's character. Fair?

"Well, I think I am a bit unusual, but it comes from confidence more than anything else," she says.

"I was brought up to think I was great, and to accept that I don’t have to fit in. That was good. That gives you the confidence to follow your instincts.

"I’m very instinctual and I go with my gut in terms of who I work with and how I work. When a thing is finished, that’s a big thing for any artist, any writer. You need confidence more than anything else."

The Sync Sessions is available now on iTunes, Spotify, Android, or wherever podcasts are available. Alternatively, you can visit www.heinekenmusic.ie

popular
QUIZ: A perfect score is highly unlikely in this tough General Knowledge Quiz
QUIZ: Can you get top marks in this progressively harder capital cities quiz?
Lidl to launch its second 'reverse vending machine' in Ireland next week
The JOE Friday Pub Quiz: Week 296
QUIZ: Name the TV show from the end credits production logo
Lidl announce a massive warehouse sale for one weekend only
Dublin's sixth 24-hour bus route launches today
You may also like
3 months ago
Spotify CEO says removing Joe Rogan from platform is "not the answer"
6 months ago
What is Sweet Bobby and why is everyone suddenly talking about?
1 year ago
Joe Rogan claims straight white men "won't be able to talk" if society gets any more "woke"
3 years ago
Lovers of podcasts will want to subscribe to this new monthly event in Dublin
3 years ago
Spotify acquires two major podcast companies in bid to become "world’s leading audio platform"
3 years ago
Man charged with murder from popular The Teacher's Pet podcast
Next Page