After 25 years, Boyzone have finally called it quits.

For one of the UK and Ireland’s most successful bands ever the final chapter has arrived. Having sold over 25 million records worldwide, Boyzone are going out on top of their game.

Formed in 1993, the band have come a long way since answering manager Louis Walsh’s advertisement looking for the “Irish Take That.”

END_OF_DOCUMENT_TOKEN_TO_BE_REPLACED

Going from being paid £60 a gig in nightclubs up and down the country to selling a million copies of a single song, there’s no mistaking the impact Ronan Keating, Stephen Gately, Michael Graham, Keith Duffy and Shane Lynch have made on popular music.

But is this really the end for Boyzone?

We’ve seen Take That come and go and come back again. JAY-Z announced his retirement in 2003 and yet he’s still making music and is currently on his 13th studio album. And don’t even get me started on Ozzy Osbourne, he’s retired and come back so many times I have no idea what the status of his career is right now.

So in saying that please forgive me if I’m a little skeptical about Boyzone’s pending retirement, which includes one final album, Thank You & Goodnight, and a subsequent farewell tour, because when you love music and love what you do can you really walk away?

“It really is the end,” confirms Boyzone frontman Ronan Keating, speaking to me at Warner Music HQ in London. “We wanted to go out on a high.

“Since Steo passed (referring to band member Stephen Gately, who died from a pulmonary edema in 2009) Boyzone has been on and off, has felt disjointed, and hasn’t felt quite right. I think the thing is we wanna just make sense of it all and say, ‘Okay, we’ve had 25 great years, let’s celebrate those 25 years and go out on a high with a great record that we’re very proud of and a sold out arena tour where we can enjoy ourselves and give the best part of us and leave it at that.’ 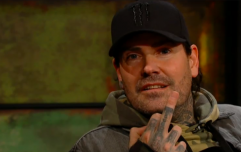 WATCH: Shane Lynch takes the piss out of himself over Late Late Show outburst

END_OF_DOCUMENT_TOKEN_TO_BE_REPLACED

“We’ve all got things we want to do. We’re all going off to pursue individual careers. The time is right for that, we’re all over the age of 40. Our kids are older than we were when we first started - well, most of our kids at least - it’s mad.”

Like with most on a victory lap at the end of a long career, flashbacks and memories from a life well and truly lived start flooding back into the brain more frequently. Whether it’s the conception, the good times, the bad times, the moments you can’t believe actually happened, the bucket list goals achieved, or events that proved life-changing, reminiscing is a natural part of saying goodbye.

For Ronan his memories have been taking him back to the early days of the band and how they’d travel up and down Ireland performing at nightclubs.

“The times in the white transit van where we’d be driving around the country is what I think back to the most,” he explains. “It was as if Louis was throwing darts at the map because one night we’d be at the top of Ireland, the next we’d be at the bottom and we’d be back up at the top again on the third night. 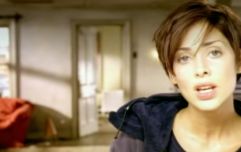 A necessary analysis of all 50 covers on Spotify's #ThrowbackThursday playlist

END_OF_DOCUMENT_TOKEN_TO_BE_REPLACED

“We started promoting our first single ‘Working My Way Back To You’, the Detroit Spinners song, by doing small radio gigs and stuff like that but then to earn a few quid we started doing nightclubs. We were only earning a few quid a week, like £60 or something per gig, small money, but we learnt a lot. We were all just young lads with no idea of what the hell was going on and where we were going, we were just having a good time. It was magic.”

Admitting that he’ll miss the camaraderie and being around his “brothers” everyday, one thing Ronan won’t miss is the diary.

“It’s carnage trying to get us together, honestly,” he says, following it up with a sigh. “And the shit you have to change, and cancel and move around to make everything work is a fucking nightmare.”

On the eve of the release of their seventh and final album, according to Ronan Thank You & Goodnight is more a Boyzone playlist than an actual album. Each picking three songs to compile the 12-track release, it was Shane’s idea to do things this way.

“People don’t really listen to albums anymore,” says Ronan. “It’s more like, ‘Oh, I like that song, I’ll download that one,’ or, ‘I like those songs so I’ll download them.’ So we created a mixed bag of songs that came from us individually.

“So Shane’s tracks have a very urban feel while mine have a country pop feel. There’s dance tracks, there’s rock tracks, so there are different flavours of all of us on this album. So as a fan you can pick two or three songs that work for you and are the types of songs you wanna listen to.”

I ask Ronan what he thinks Stephen Gately would have thought about the new album, to which he replies:

So if Shane picked urban-sounding tracks for Thank You & Goodnight and Ronan chose some country pop tunes, what would Stephen have gone with?

Although Thank You & Goodnight might feature songs co-written with the likes of Ed Sheeran and Gary Barlow its standout moment comes in the form of “Dream”, the last known song in existence to feature Stephen Gately’s vocals.

A beautiful song that reminds us of just how angelic Stephen’s vocals were, “Dream” is a semi-autobiographical song that came about by fluke.

“We came across the song by accident,” Ronan explains. “There was a guy cleaning out his garage and he found a box of tapes that included a song Steo had written with him. He saw the name on the tape and sent it into Warner and asked: 'Is this any good? Would you be interested in it?’ And so we took it.

“We went into the studio, kind of dismantled it and then put it back together again. We wrote some new parts on it, redid certain vocals and kept Steo’s parts and created this new song, and it’s just been unbelievable.”

Coming at the end of the album, the very last thing you hear on Boyzone’s farewell album is Stephen Gately’s voice.

“He always liked the last word so I guess we gave it to him,” says Ronan.

Coming up in what many might call the ‘golden era of music’, Boyzone were lucky enough to experience a time when records sold in their millions, and because of that budgets were huge and money never seemed to come to an end.

“We had a million-selling single in ‘No Matter What’, when people bought records. I mean, what the fuck!? It just doesn’t happen nowadays. We were very lucky to see that time.”

Bringing up Top of the Pops as something else that no longer exists and how it was always one of Boyzone’s goals to perform on the popular BBC television music chart show, it upsets Ronan to think that it’s no longer on air.

Something else that has changed greatly since the height of the band’s popularity is the volume of boy bands on the market. I could sit here and name bands like Backstreet Boys, NSYNC, 911, Another Level, Ultimate Kaos, New Kids on the Block, 98 Degrees, 3T, 5ive, Blue, East 17, O-Town… the list goes on and on, but I really can’t name too many from this generation.

Sure, we had One Direction and JLS, and flying the flag more recently The Vamps are a boy band of merit, but where have the rest of them gone?

“In the nineties it was the thing, it was boy bands and then girl bands towards the end,” says Ronan.

“I think we’ve all gotten a little too cool for our own good and I think that’s part of the reason boy bands aren’t as prominent at the moment. Guy’s don’t want to be in boy bands anymore they want to be in guitar bands or rock bands. Everyone wants to be cool.

Asking him whether or not he still considers Boyzone a boy band even though they’re all over the age of 40, Ronan answers:

“I drop it all the time. I was actually talking with Take That the other day, I had them on my show (Ronan has a breakfast radio show on Magic FM) and I introduced them as a boy band and they were laughing. They don’t use that phrase at all. But it’s who we are.

“Sure, we’re a man band, I know we’re not kids anymore but we still hold on to it. When we’re in a room together we still act like children. We’re proud of it, fuck yeah.”

Before letting Ronan run off to another room where he and the rest of Boyzone are going to be signing album covers for the next hour or so, I can’t let him go without addressing the elephant in the room: the band’s name.

It makes me laugh to think that for the past 25 years we’ve just accepted the name Boyzone, as if it’s not cheesy or gimmicky in the slightest.

As a kid a boy zone might be what you called the duvet fort you built in your living room - c’mon now, admit it, we’ve all done it - that was strictly a no-go area for your mum or your sister. But for Louis Walsh it was the name he was going to attach to what would become one of the most successful boy bands of all-time.

Not even thinking about it being uncool anymore because it’s just a part of pop culture, Ronan thinks back to when he learned it would be the band's name.

“Louis came up with the name and brought it to us right at the beginning,” he remembers. “It was the one thing we all weren’t too happy about, which is why we kinda went with BZ when we celebrated 20 years of the band.

“But you don’t even really notice it now, it’s just sort of floating out there. At one time you think, ‘What the hell were we thinking,’ but over time it becomes accepted.”

Sniggering to himself for a second, he stops, looks up and adds, “I’m not saying that Boyzone is a cool name in any way, because it’s not, it’s just there and you accept it.”

I'm glad you said it Ronan.

Boyzone’s new album Thank You & Goodnight is out November 16th and can be pre-ordered here.

popular
The JOE Friday Pub Quiz: Week 220
The JOE Movie Quiz: Week 80
Harry Styles hits back at critics who told him to be more 'manly'
Status Yellow snow warning issued for five counties
Here's Week 58 of JOE's 19 in 90 quickfire quiz
Status Yellow weather warning issued for all of Ireland
Here are the 6 best movies on TV tonight
You may also like
1 year ago
Colin Farrell tells brilliant story of how he nearly joined Boyzone
2 years ago
Shane Lynch slams RTÉ following controversial Late Late Show appearance
2 years ago
Boyzone's Shane Lynch got angry, swore and flipped off the camera on the Late Late Show
2 years ago
Boyzone release details of final album and farewell tour
2 years ago
Ronan Keating reveals Boyzone turned down what went on to become a massive hit for U2
3 years ago
Keith Duffy was reportedly attacked in a Dublin nightclub
Next Page