Scuzz TV has announced that it's closing down

Anyone who has ever had a heavy-metal phase... Or an emo phase... Or any kind of rock phase at all during the noughties might remember tuning into Scuzz TV.

During the era of music video channels, Scuzz was the slightly more hardcore version of Kerrang! Don't get me wrong, they still had all the pop-punk classics that dominated the rock charts circa 2005 but they threw in a bit more Trivium and Bullet For My Valentine than you could expect anywhere else. 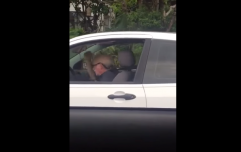 WATCH: This elderly man is what all Metallica fans aspire to be at that age

END_OF_DOCUMENT_TOKEN_TO_BE_REPLACED

Today, the TV station, which has been around since 2003 announced that it would be going off air from next week.

In a statement posted on their official Twitter, Scuzz TV wrote: "Today, sadly we announce that from the 15th November 2018 Scuzz TV will be closing. We’d like to thank our fans for all the amazing support over the past 15 years.

"We have been Scuzz TV."

The Big Reviewski || JOE · TBR Spotlight: Loki - Episode Six - 'For All Time. Always.'
popular
Dublin cinema named best cinema in all of UK and Ireland
Ireland getting "very close to the end of the pandemic", says Immunology Professor
Ireland's rollout "most successful in Europe" as 70% of adults fully vaccinated, says Stephen Donnelly
Italian FA confirm that Lazio youth player Joseph Minala is indeed 17 and not 42
Tony Holohan says Ireland might be in a position "in the coming weeks" to move away from some restrictions
One of the best thrillers ever is among the movies on TV tonight
Dublin pub hit with 'about 50 or 60' fake bookings on first day of indoor service
You may also like
5 years ago
Legendary rocker Lemmy dies aged 70
6 years ago
Video: This heavy metal version of a Bee Gees classic is brilliant
6 years ago
Video: Metallica channel Jimi Hendrix with this class version of the US anthem at the NBA finals
6 years ago
Irish metal singer scares the sh*t out of Galway people in new music video
7 years ago
Brazilian bands, No.3 - Sepultura
7 years ago
Exclusive: Check out Alter Bridge’s new music video for ‘Addicted To Pain’ ONLY on JOE
Next Page