A spokesperson for the X Factor has said that they are "unaware" of any legal claims filed against them.

As the Sunday Mirror reports, five solo acts and one band are planning on taking legal action over alleged "bullying, mistreatment and neglect". 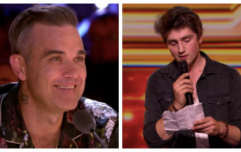 END_OF_DOCUMENT_TOKEN_TO_BE_REPLACED

One member of the involved parties told the paper that being part of the singing competition series was a "horrific experience" and they are seeking compensation for the time and money they spent trying to make their lives "normal again" in the aftermath of the series.

They said: "Myself and five former acts have agreed to join forces and get the justice we feel we deserve.

"Simon needs to take responsibility. We lost a lot of money from having periods of our lives not making money to deal with trauma still ingrained from the show."

They added that they have evidence of the alleged mistreatment in the form of "emails, recordings and psychological assessments". 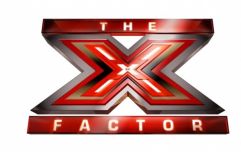 X-Factor is coming back to Dublin and they're holding auditions

END_OF_DOCUMENT_TOKEN_TO_BE_REPLACED

In a statement issued to Metro, a spokesperson for X Factor said that they are "unaware" of any legal claims filed against them.

A spokesperson said: "Welfare of those taking part is our No1 priority and we have robust measures and welfare teams in place to ensure support is always available.

"We are unaware of any legal claims being filed against The X Factor and despite not being on air for several years, we remain open to discuss concerns with anyone who chooses to do so."

Reports of legal action being taken follows speculation that a documentary set to expose alleged "bullying and exploitation" in the programme is in the works.

Earlier this month, a source told the Mail on Sunday that two production companies are working on a series, though nothing has been confirmed just yet.

popular
County where winning Lotto jackpot ticket worth nearly €9 million was sold confirmed
Welder awarded €15,000 for unfair dismissal despite admitting to drinking alcohol before work
Netflix has just quietly added 30 big movies to its library
10 years ago today, the scariest movie ever made (according to science) was released
Dublin Bus and boat involved in city centre collision
Netflix's new BIG scary show & 13 more new movies and shows to watch this weekend
Graham Norton reveals the one celebrity he'd love to have interviewed
You may also like
5 months ago
Liam Payne finally explains weird accent during hilarious Oscars interview
3 years ago
X-Factor cancel all of Saturday's votes following the sound issues during two contestant's performances
4 years ago
QUIZ: How well do you remember these former X-Factor contestants?
4 years ago
The judges, the audience, and the viewers at home all had the same reaction to this X-Factor contestant
4 years ago
Louis Walsh has officially quit The X Factor
4 years ago
'The worst year of my life' - Louis Walsh on false sexual assault allegations
Next Page