The "hot money" is on Coldplay or AC/DC but who knows?

A planned double-concert spectacular originally scheduled for Slane Castle this summer is off, as the famous festival looks to 2023 instead.

A notably more sporadic event than annual contemporaries such as Electric Picnic or Longitude, Slane hasn't been a fixture on the calendar since Metallica's headline appointment in 2019.

END_OF_DOCUMENT_TOKEN_TO_BE_REPLACED

Of course, the ongoing pandemic and the initial wholesale cancellation of concerts associated with it would have scuppered any planned day out at Slane.

Word on the grapevine was that the concert – or, in fact, concerts – was coming back in a big way in 2022.

However, it would appear that plans have indeed changed. 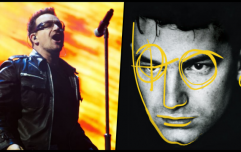 END_OF_DOCUMENT_TOKEN_TO_BE_REPLACED

"I am more or less certain there will be no concert in Slane this year," he explained.

"We had been hoping for a double gig but it won’t be happening unless some act we want becomes available at the 11th hour."

It remains unclear if next year's event will also arrive in the form of two concerts, but Mountcharles has assured people that a "world class" headliner has been nailed down well in advance.

"We have booked an act for 2023 and the concert will probably happen early in the year – May or June," he said.

END_OF_DOCUMENT_TOKEN_TO_BE_REPLACED

"The family all sat around and agreed to this and we are delighted with the act we have chosen."

According to the Mirror, the "hot money" is on Coldplay – who have yet to headline the famous venue and would presumably sell it out in a matter of seconds – or possibly AC/DC.

Pressed further, Mountcharles played the savvy promoter card and refused to provide specific hints as to just who he has lined up, though he did insist fans will be "thrilled" when it's finally announced.

popular
We just got the first trailer for a movie not out until 2024
Kirstie Alley: Cheers star dies aged 71
Amazon Prime Video has just added 38 very big movies to its library
5 must-watch shows and movies streaming on NOW in December
The Banshees Of Inisherin is arriving on Disney+ sooner than you might expect
Simpsons writer has explanation for the show being able to predict so many major events
Mia Khalifa claims seaside town is better than Miami
You may also like
2 months ago
Warning issued over potential taxi shortage due to Garth Brooks gigs
3 months ago
The Weeknd loses voice mid-song, cancels sold-out Los Angeles show on the spot
3 months ago
Harry Styles to headline Slane Castle in 2023
5 months ago
Sinéad O'Connor cancels all live dates for 2022 due to "continuing grief"
5 months ago
You have one last chance to get Garth Brooks tickets – but you best be quick
6 months ago
A Late Late Toy Show musical is coming to Dublin
Next Page