Good news and bad news for Irish fans of Smashing Pumpkins, and then some more bad news

But then some more, other good news...

Okay, so there's a few different things going on here.

First of all, the official Smashing Pumpkins website had changed to a countdown clock in the last few days, and today that countdown ended, and was replaced with the fantastic news that there was a reunion tour coming along, the first featuring the original members of the band since 2000. 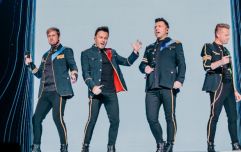 END_OF_DOCUMENT_TOKEN_TO_BE_REPLACED

So that is the first bit of good news.

The first bit of bad news is that apparently Billy Corgan had asked original bassist D’Arcy Wretzky to be a part of the tour, but then reportedly took back that offer, and the tour will be three-quarters of the original line-up.

The second bit of bad news is that it doesn't look like the tour is leaving the North America.

The tour dates, which kick off in mid-July and end in early September, takes in the length and width of America, with one or two stop offs in Canada, but that is it. So unless you intend on flying over to catch them, we're afraid you're out of luck if you were hoping to see them live any time soon. 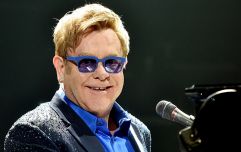 END_OF_DOCUMENT_TOKEN_TO_BE_REPLACED

Which leads us on to the last bit of good news, and that is Corgan has confirmed that Rick Rubin is producing the Smashing Pumpkins next album. It will be their follow-up to 2014's Monuments To An Elegy, while Rubin has produced everyone from Red Hot Chilli Peppers to Adele to Wu-Tang Clan to Lady Gaga in the last decade.

You can watch the full tour announcement video right here:

Clip via The Smashing Pumpkins

popular
People want "offensive" Crown Paints advert banned after attracting hundreds of complaints
Netflix has just added 23 very big movies to its library
Human remains found in suitcases are the bodies of two children
The prequel to one of the best twists of all time and 7 more movies & shows to watch this weekend
Disney+ has just added 10 big movies to its library
A terrific '90s crime drama is among the movies on TV tonight
Robert Troy apologises and submits seven amendments to correct the record
You may also like
3 years ago
Kevin Smith is bringing his podcast tour to Dublin this May
3 years ago
Ariana Grande adds second Dublin date to European tour
3 years ago
Irish whiskey distillery wins World's Leading Distillery Tour at World Travel Awards
3 years ago
Gavin James announces new tour, but with a twist
4 years ago
UK indie band Glass Animals forced to cancel world tour after drummer hit by truck in Dublin
4 years ago
Anyone else want to inform Taylor Swift that Ireland is not part of the UK?
Next Page