An eclectic mix of headliners indeed.

Snow Patrol, Lewis Capaldi, Picture This and The Chemical Brothers will join Rage Against the Machine as headliners for Electric Picnic 2020, as confirmed in the full line-up announced on Wednesday.

Also on a comprehensive list announced for this year’s festival are Ian Brown, Run the Jewels, James Vincent McMorrow and the one and only Rick Astley, with more acts to be announced in the coming months.

You can see the line-up in full below 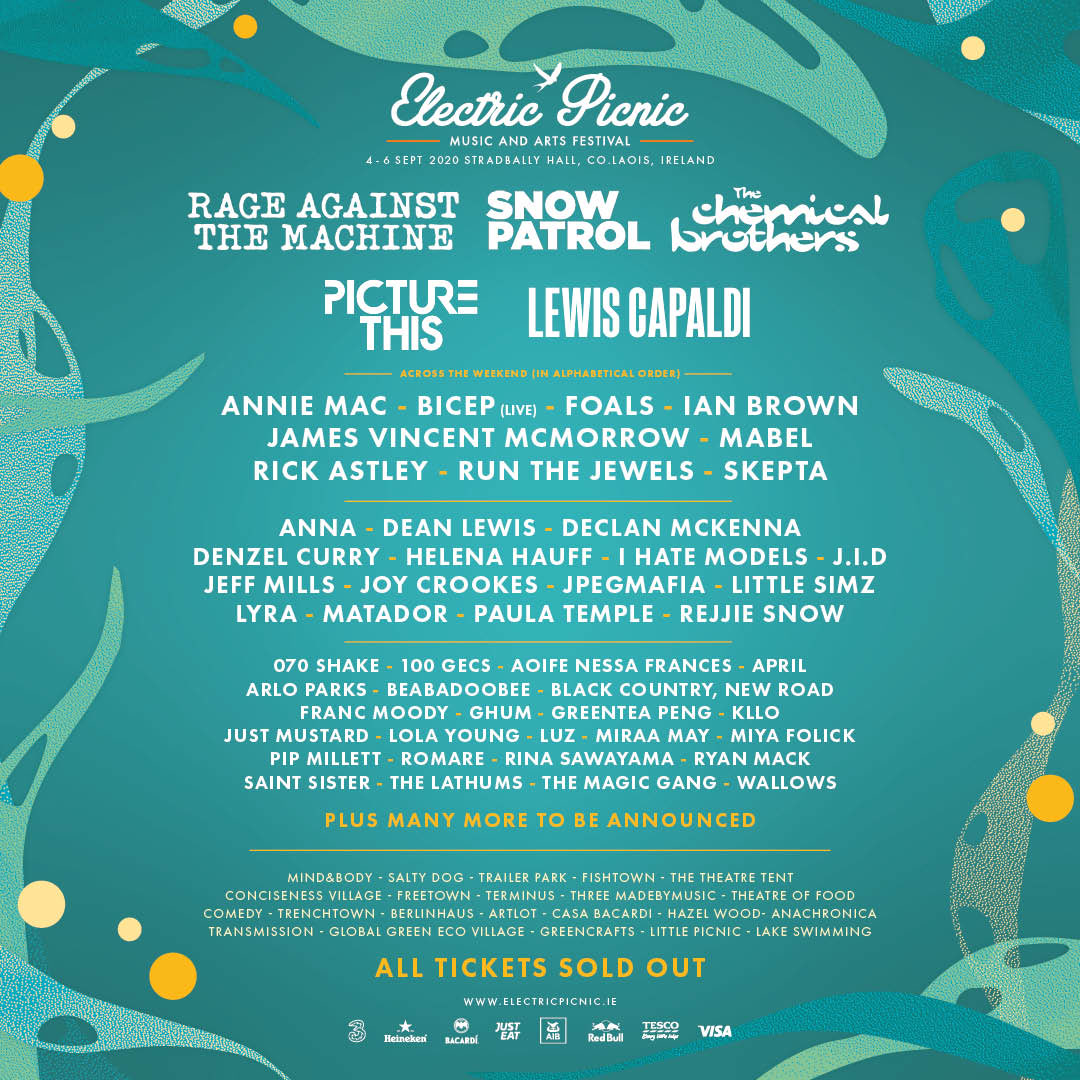 END_OF_DOCUMENT_TOKEN_TO_BE_REPLACED

70,000 people are set to descend on Stradbally this year for what will be the biggest edition of the festival to date.

Tickets have long since sold out at this stage, but if you are lucky enough to be heading along, or are just curious as to what will be going down, all the information you need is on the Electric Picnic website.

The Big Reviewski || JOE · The Big Reviewski with Y: The Last Man, that Malignant ending & a secret streaming service
popular
The JOE Friday Pub Quiz: Week 261
"Variable speed limits" to be introduced on the M50 in the coming weeks
One of the better Liam Neeson action romps is among the movies on TV tonight
Michael D Higgins cites "political statement" in decision to turn down Armagh ceremony invitation
Miriam O'Callaghan had no patience for Stephen Donnelly's "gibberish" on Prime Time
You season 3 trailer has just dropped and it looks like the wildest series yet
"Wise man of today" Michael D Higgins praised by Pope Francis
You may also like
3 days ago
Garth Brooks in “advanced” talks to play at least three concerts in Croke Park next year
1 week ago
JOE’s Song Of The Day #910 – PRiiCE 'Sweet Life'
1 week ago
The JOE Music Quiz: Week 73
2 weeks ago
ABBA to release first new songs since the 1980s with "historic" comeback
2 weeks ago
Ten of the best memes as James Corden dressed as a rat stops traffic for flashmob in LA
2 weeks ago
JOE’s Song Of The Day #909 – Cian Ducrot ‘Chewing Gum’
Next Page