Who said superfans were only a thing for Justin Bieber and One Direction?

It was picked up by collector Paul Fraser, according to the BBC, and is claimed to be the largest lock of the former Beatle's hair ever put up for auction. 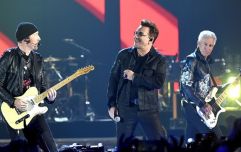 END_OF_DOCUMENT_TOKEN_TO_BE_REPLACED

The lock was cut off while Lennon was working on 1967 film How I Won the War.

If $35,000 seems like a lot, it comes nowhere near the prices paid for some of the most famous pieces of Beatles memorabilia.

Back in 2008, a private collector paid more than half a million dollars for the necklace worn by Lennon on the cover of his 1968 album Unfinished Music No 1, recorded with Yoko Ono.

But that's nothing compared to the piano on which Lennon wrote one of his most famous hits, 'Imagine' - that went for more than $2m - to none other than George Michael.

The Big Reviewski || JOE · TBR Spotlight: Loki - Episode Two - 'The Variant'
popular
The Queen appealing for volunteers to weed the garden of her Sandringham Estate
Man in his 60s killed following assault at home
Gardaí will use "discretion" over outdoor drinking at pubs and restaurants
400,000 people waiting on second AstraZeneca not permitted to travel abroad under "vaccine bonus"
QUIZ: Can you get full marks in this potentially very frustrating general knowledge quiz?
QUIZ: Can you name all these European countries from a list of cities?
Aer Lingus introduce new fee to bring carry-on bags onboard flights
You may also like
3 months ago
Need some easy-to-follow advice on how to manage your money? Just askpaul
4 months ago
30% of PAYE taxpayers overpaid in 2020
4 months ago
Wealth of Irish billionaires increased by €3.3bn during Covid-19 pandemic
5 months ago
Irish workers urged to check if they are entitled to tax rebates now a New Year has arrived
5 months ago
Revolut offers advice on how to prevent scams, as people losing money to scammers "is on the increase"
5 months ago
Thousands of PUP and TWSS recipients will receive a tax bill from Revenue this week
Next Page