Swedish House Mafia have announced they are reforming

Now this is a surprise we have time for.

At a press conference in Stockholm on Monday morning, Swedish House Mafia announced that they will be reuniting.

With whispers and rumours swirling ever since their surprise performance at this years Ultra Music Festival in Miami, the super group, made up of Axwell, Steve Angello and Sebastian Ingrosso, have today confirmed that they will reunite for a homecoming show at the Tele2 Arena in Stockholm, Sweden.

END_OF_DOCUMENT_TOKEN_TO_BE_REPLACED

The group will premiere brand new, never-before-heard music at the newly announced show, which is their first concert together on home turf in over six years.

Fans of the EDM giants guessed that something might have been coming after a series of mysterious Swedish House Mafia-inspired posters started appearing across Stockholm - the group's website also housed a countdown, which we now know was counting down to Monday's press conference (which you can watch below). 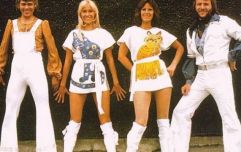 END_OF_DOCUMENT_TOKEN_TO_BE_REPLACED

It was in 2012 that Swedish House Mafia, who at the time were one of the biggest electronic touring acts on the circuit, announced that they would be disbanding despite them being at their peak. On their final farewell tour, they performed across the globe, immediately becoming the world’s fastest and best selling electronic artists of all-time.

Paying their respect to their hometown, selling out three shows at Friends Arena Stockholm and playing to 133,000 fans, making it the first and last performances in their home country, they closed out their UK account with a sold out farewell show at the Milton Keynes Bowl.

According to their press release:

"Axwell, Sebastian Ingrosso, and Steve Angello have now chosen to put the past behind them and come together, not just as Swedish House Mafia but as artists, and more importantly as three best friends with a message."

Tickets to the historical return will go on sale on Saturday, 27 October at 12am via livenation.se.

popular
QUIZ: Can you guess the crisps from the pixelated packet?
Netflix has just added 33 very big movies to its library
Six people dead after mass shooting at Fourth of July parade in Illinois
One of the coolest movies of recent years is now available to watch at home
The full list of cancelled flights in and out of Dublin Airport on Monday (so far)
The JOE Movie Quiz: Week 161
QUIZ: It's time for one of our trickiest General Knowledge Quizzes yet
You may also like
4 months ago
Three men arrested in Waterford following international seizure of cocaine
2 years ago
900 bottles of alcohol found at sea from WWI shipwreck
3 years ago
Dream job involves sending you to Sweden to get paid to ski badly
3 years ago
PICS: Sweden players forced out of team hotel by early morning fire alarm
3 years ago
Zlatan and Beckham have made a very unique bet ahead of the Sweden V England match
4 years ago
Swedish player who gave away match-winning free kick against Germany hits back at racist trolls
Next Page