When the world is on fire, listen to this.

And it is so often on fire.

Luckily, there are bands like System of a Down and albums like Toxicity that can provide an extremely unique form of cathartic escapism.

Just how unique, you ask?

i’m the mushroom man, i’m the mushroom man. oh ho! oh! oh! In June 2003, Amnesty International published reports of human rights abuses by the U.S. military and its coalition partners at detention centers and prisons in Iraq.[26] These inclu-

I mean, that's certainly one way of putting it. Serj Tankian's approach to both vocals and lyrics stood out as a genuinely incredible signature for SOAD as they broke through to the mainstream around the time that one century gave way to another.

END_OF_DOCUMENT_TOKEN_TO_BE_REPLACED

First came the stellar self-titled debut album in 1998, complete with spiky standouts like 'Suite-Pee', 'Sugar', 'Spiders', 'Soil' and 'War?'. For many a teenager that considered Kerrang! magazine their bible, this was something new entirely.

System often get thrown in with the nu-metal crowd – not that there's anything necessarily wrong with that – but it's fair to say that the Armenian-Americans were/are a far more ambitious and progressive outfit than many of their supposed contemporaries.

Then again, perhaps they just know the precise way to turn their brand of aggressive, somehow strangely beautiful noise into some kind of pop mastery. After all, there are nightclubs in this country and across the world that still blast 'Chop Suey!' onto the dance-floor when given the opportunity to do so. 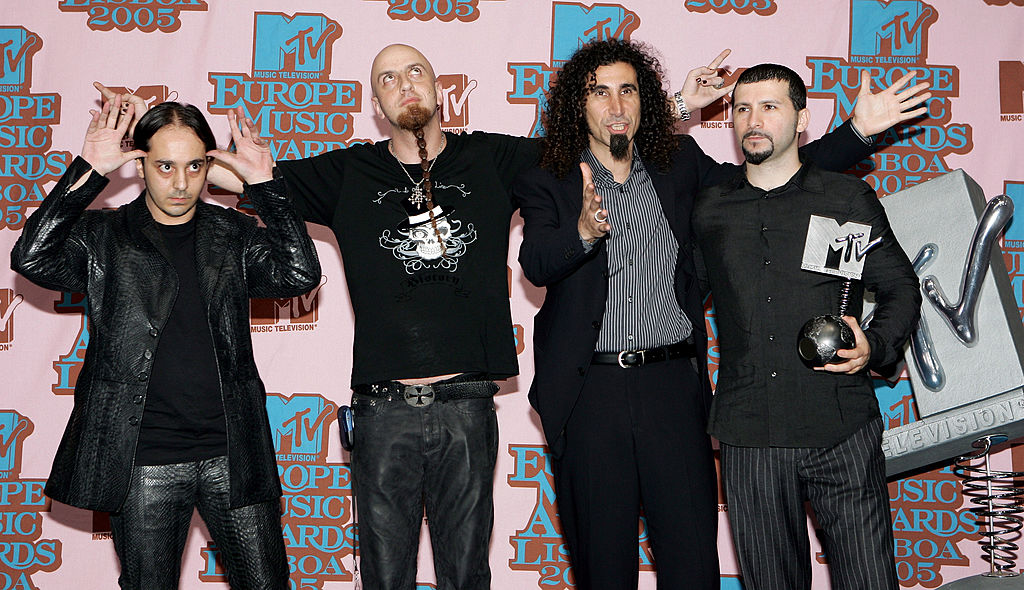 END_OF_DOCUMENT_TOKEN_TO_BE_REPLACED

Which brings us to the fourth of September, 2001, and the release of Toxicity. Real quick sidebar – Converge's exceptional metalcore masterpiece Jane Doe was released on the very same day, and what an album it is, too.

But let's just as quickly return to Toxicity, an album released one week before the tragic events of 9/11 and yet an album that feels intrinsically tangled in its coils, given the rampant political critiques of American foreign – and, indeed, domestic – policy scattered with venom throughout, not to mention the sheer apocalyptic chaos contained with the music of these 14 tracks.

Toxicity is a symphony for a jaded, potentially doomed generation. At the very least, you'll know somebody who played the CD to death in late 2001 alongside the likes of Slipknot's Iowa, Slayer's God Hates Us All, Tool's Lateralus and many more decibel-bothering classics of the era.

System of a Down are technically still alive, though tensions have split the band beyond the usual 'creative differences' barrier. Last year, drummer John Dolmayan pledged his support for outgoing US President Donald Trump, something that seemed genuinely unfathomable given the nature of this particular band.

Despite the brief return of the band in the form of two new singles last November, a full-scale reunion looks increasingly unlikely. Much like Rage Against the Machine – who seem strangely disinterest in making a new album – you hope that SOAD can find themselves hard at work in a studio once again. It's not like the world isn't providing a lot of inspiration each and every day.

That said, did they ever really top Toxicity?

The self-titled record is a worthy contender for that conversation but this writer would argue that no subsequent album beyond 2001 came close for the band. Toxicity is alive. It's amazing. It's still so very necessary 20 years later.

If anyone ever asked, 'What do System of a Down sound like, but inside of about about two minutes?' – 'Bounce' is your quick-fire answer.

The title track is a brutal ballet, bolstered by one of the band's most dynamic and memorable visual accompaniments.

One of the most immediately arresting album openers you'll ever experience.

Serj Tankian rattling off grim prison statistics shouldn't sound like anyone's idea of a good time, but this is one of the most wonderfully hypnotic efforts in the canon.

Speaking of mesmerising visuals and an overall sense of colossal wonder – I give you 'Aerials'. Or, rather, they do.

A song that needs no introduction.

You've heard it a million times. It never gets old.

A reminder – they played this thing in nightclubs. Unbelievable.

Clips via System of a Down