Looks like there's gonna be some Bad Blood for a while...

In the week leading up to the release of her new album Reputation, all eyes should be on Taylor Swift's musical prowess/plague upon the land (delete as appropriate).

Instead, everyone's attention is on the fact that Taylor Swift got her lawyer to send a cease-and-desist letter to a blogger who had written something the singer deemed unflattering.

In the article titled "Swiftly to the alt-right: Taylor subtly gets the lower case kkk in formation", writer Meghan Herning discussed T-Swift's recent single 'Look What You Made Me Do', and how the song had essentially been co-opted by White Supremacists in America.

Herning read into the lyrics of the song - "I don’t like your kingdom keys. They once belonged to me. You asked me for a place to sleep. Locked me out and threw a feast." - as having the same basic definition as White Supremacist's chant of "We will not be replaced".

This is not the first time that Swift has been aligned with being a KKK icon - Vice published an article last year under the headline "Can't Shake It Off: How Taylor Swift Became a Nazi Idol" - but this time, Swift got her lawyer to send a cease-and-desist letter to Herning's website, telling them to take the post down or find themselves at risk of litigation.

Additionally, they told Herning and the site not to publish the cease-and-desist letter as it would violate copyright law. 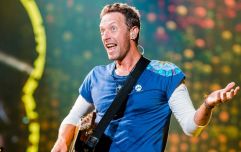 END_OF_DOCUMENT_TOKEN_TO_BE_REPLACED

Unsure what to do next, Herning went to the American Civil Liberties Union, and not only did the ACLU support Herning, they also published the most fantastic reply.

In amongst the legal jargon, ACLU attorney Matt Cagle wrote the following:

Intimidation tactics like these are unacceptable. Not in her wildest dreams can Ms. Swift use copyright law to suppress this exposure of a threat to constitutionally protected speech. [...] Criticism is never pleasant, but a celebrity has to shake it off, even if the critique may damage her reputation.


popular
Tesco make changes to their delivery system to favour elderly and in need customers
Here's Week 27 of JOE's 19 in 90 quickfire quiz
Someone in Ireland is €311,413 richer after Wednesday's Lotto draw
QUIZ: Can you name all of these characters from Love/Hate?
Gardaí set up checkpoints on major roads across the country to stop Easter travel
Google announces Stadia Pro is now available free for two months
Trump says WHO "called it wrong" on coronavirus
You may also like
1 year ago
It turns out Taylor Swift has a greater political impact than you might have thought
1 year ago
Kanye West reported to have official meeting with Donald Trump in the White House this week
1 year ago
Taylor Swift has finally broken her silence on politics in the US
1 year ago
Here's the full list of items banned from Saturday's Picture This gig in Dublin
1 year ago
WATCH: Gardaí were unbelievably sound to a young fan at Taylor Swift in Croke Park
1 year ago
PICS: Hundreds of people walk DART tracks following passengers breaking windows to get off stalled train
Next Page