Rapper Tekashi 6ix9ine pleads guilty to a number of charges

Some of the activities he has confessed to include "shooting at people, robbing people and, at times, drug trafficking."

Popular rapper Tekashi 6ix9ine has plead guilty to a number of criminal charges and has now agreed to cooperate with prosecutors.

Six9ine, who's real name is Daniel Hernandez, plead guilty to charges stemming from his role in a violent drug-trafficking gang in New York, according to newly unsealed court records. 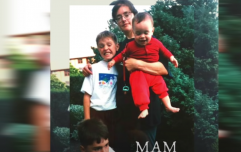 END_OF_DOCUMENT_TOKEN_TO_BE_REPLACED

According to the New York Times, Hernandez confessed to a number of different charges against him, which include paying a person to shoot a rival, and he admitted that his gang, Nine Trey Gangsta Blood, was guilty of "shooting at people, robbing people and, at times, drug trafficking."

The 22-year-old was charged in November of 2018, along with a number of other members of the gang on racketeering conspiracy and firearms charges, a federal indictment shows.

When it was announced that he had been charged, reports suggested that the young man may face life in prison as a result of his numerous crimes.

He remains incarcerated, and it is now unclear when he will be sentenced or how his cooperation might affect his prison term.

He has appeared on songs with some of the music industry's biggest names, including Nicki Minaj, Kanye West and 50 Cent, and has quite the following in the rap world.

popular
20 of the best comedies to watch on Netflix right now
Yewande Biala releases statement discussing racism on Love Island
The JOE Friday Pub Quiz: Week 227
Bernie Sanders is using his inauguration meme to raise money for charity
QUIZ: The JOE Music Quiz: Week 41
Gardaí warn of scam targeting AIB customers
The 50 most iconic songs of all time* have been revealed
You may also like
6 hours ago
Larry King has died at the age of 87
1 day ago
The Only Way Is Essex star Mick Norcross dies, aged 57
3 days ago
Dog badly scarred in fire becomes therapy dog for burn victims
1 week ago
Armie Hammer drops out of Jennifer Lopez film amid social media controversy
1 week ago
Gardaí appeal for information following discharge of a firearm in Clare
1 week ago
US executes first woman on federal death row in nearly 70 years
Next Page