These are the ten best songs to have sex to, according to Spotify

Christy Moore’s ‘Ride On’ must have just missed the cut.

Just in time for Valentine’s Day, Spotify have released their annual list of the best songs to have sex to, which may or may not come in handy on *cliché alert* the most romantic day of the year.

As is the case every year, the folks at Spotify crunched the numbers by seeing what songs appeared most frequently on ‘Sex’ playlists, with three of the top ten titles including the word ‘sex’ itself. 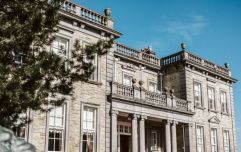 END_OF_DOCUMENT_TOKEN_TO_BE_REPLACED

Interestingly, some of the other titles included terms such as ‘ride’ ‘slow motion’ and eh, ‘pony’ but we’re sure that was just a coincidence.

In the end, Rihanna’s ‘Sex with Me’ proved the most popular song to make love to, followed by ‘Birthday Sex’ by Jeremih and ‘Ride’ by SoMo.

The Weeknd made the list for the second year in succession with their anthem, ‘Often’ while as far as getting to the point is concerned, you can’t get much clearer than ‘Sex’ by Cheat Codes.

See if any of your favourites make the list below; if not, it might be worth mixing up the playlist with some of these to see if they make a difference.