Ever been lucky enough to attend a gig in any of these places?

The Irish Music Rights Organisation (IMRO) hosted the 12th IMRO Live Music Venue of the Year Awards on Tuesday night, where the best music venues around Ireland were rewarded.

Although a number of different awards were given out on the night, it was Coughlan's Live Bar and Music Venue in Cork that now holds the title of National Live Music Venue of the Year.

Other winners in the regional categories include:

Also presented with awards on the night for IMRO Music Festival of the Year and IMRO Small Music Festival 2019, were Electric Picnic and Sounds from a Safe Harbour respectively.

The crew of Sea Sessions picked up the award for IMRO Tech Crew of the Year. 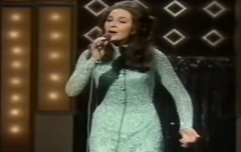 END_OF_DOCUMENT_TOKEN_TO_BE_REPLACED

Eleanor McEvoy, IMRO Chairperson said of the annual awards: "We are gifted in Ireland to have such a vibrant and eclectic music scene, the backbone of which is our magnificent live music sector.

"The important role that venues and festivals make is all too often overlooked, but we feel it is vital to acknowledge venues big and small across the country and to celebrate the individuals whose hard work and commitment help our music industry to thrive.

"From a musician’s first performance, right through to an internationally renowned headline artist, these venues and individuals allow music creators to continue making music and bring it to new audiences."