Ticketmaster being sued over allegedly colluding with ticket touts

Have you ever been screwed over by scalpers?

Ticketing giant Ticketmaster is being taken to court as part of a class action lawsuit that accuses the company of colluding with ticket scalpers.

An undercover report conducted by the Toronto Star and Canadian state broadcaster CBC appeared to reveal Ticketmaster operatives admitting that they work with touts through their TradeDesk platform. 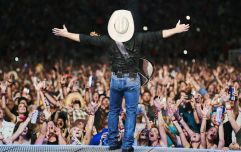 END_OF_DOCUMENT_TOKEN_TO_BE_REPLACED

A statement on the Hagens Berman website: “Reports indicate that Ticketmaster accepts kickbacks by secretly facilitating ticket sales through scalpers at a higher cost, collecting profits from both the original and secondary sales of tickets.

"Ticketmaster has actually facilitated the sale of tickets to the secondary market in order to receive a second cut on each ticket — one that is even more than the cut Ticketmaster received on the original ticket sale.

"Our firm hopes to achieve relief for the many Ticketmaster customers who purchased inflated resale tickets through TradeDesk and an injunction forcing LiveNation to end its secret scalping scheme. 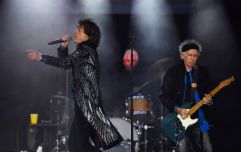 Ticketmaster is shutting down Seatwave

END_OF_DOCUMENT_TOKEN_TO_BE_REPLACED

Hagens Berman believes that those who unknowingly paid high prices for scalped tickets facilitated by Ticketmaster deserve compensation for the wrongdoing and profiteering of this corporation.”

Ticketmaster has issued a statement denying the allegations:" It is categorically untrue that Ticketmaster has any program in place to enable resellers to acquire large volumes of tickets at the expense of consumers.

"Ticketmaster’s Seller Code of Conduct specifically prohibits resellers from purchasing tickets that exceed the posted ticket limit for an event. In addition, our policy also prohibits the creation of fictitious user accounts for the purpose of circumventing ticket limit detection in order to amass tickets intended for resale."

popular
Eurovision producers reveal "irregular voting patterns" during Saturday night's final
Where will 2023's Eurovision be held if Ukraine can't host?
QUIZ: Try out one of our trickiest General Knowledge Quizzes yet
One of Liam Neeson's best ever performances is among the movies on TV tonight
REVIEW: Van Gogh Dublin is a truly unique cultural experience
QUIZ: Can you name the disaster movie from a single image from each disaster
QUIZ: True glory awaits if you can 100% this General Knowledge Quiz
You may also like
2 years ago
Warning issued over potential fake tickets for Rammstein concert in Belfast
3 years ago
Ticketmaster announce security breach that may have compromised customers payment details
4 years ago
COMPETITION: Win a €200 Ticketmaster voucher and a case of the new Red Berry Boost
7 years ago
Ticketmaster send out event reminders for Garth Brooks shows at Croke Park
7 years ago
Ticketmaster releases details of Garth Brooks refunds, available from July 15th
8 years ago
Snoop Dogg set to play The Academy in Dublin later this summer
Next Page