Today FM DJ Pamela Joyce has shared her dismay after receiving a hateful letter from trolls.

Pamela took to her Instagram stories to share her reaction to the letter, which says that it's from "nine former listeners".

END_OF_DOCUMENT_TOKEN_TO_BE_REPLACED

The vicious, hand-written letter insults her appearance and says: "No surprise you are single. Any man in his right mind would run a mile from you and keep running."

Pamela posted a video of herself crying in her car earlier today and urged her followers to be kind.

“You don’t have to take a piece of paper and write down how much you hate me and send it to me. But who are you to comment on how I look? It’s none of your business how I look, how I live my life, what I do." 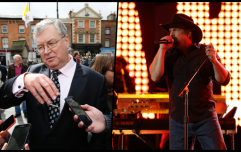 END_OF_DOCUMENT_TOKEN_TO_BE_REPLACED

She went on: “I just can’t believe there are people that mean in the world. I would like to believe that 95% of people in the world are nice people and they wouldn’t do something like that, but if there’s something that you don’t like about someone, you don’t have to tell them. You don’t gain anything by telling them.”

Pamela then urged her followers to be kind. 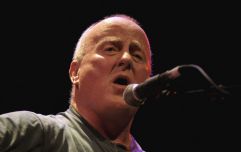 END_OF_DOCUMENT_TOKEN_TO_BE_REPLACED

She said: “Just practice niceness, practice kindness, and to the person who wrote that letter, you’ve really nice handwriting. So that’s your saving grace, that’s your redeeming quality, your handwriting is stunning.”

Pamela also thanked everyone who reached out to her with support.

She then joked that she would form a girl band called "nine former listeners."

popular
An action-packed thriller is among the movies on TV tonight
Gardaí unveil new Armed Support Unit vehicles to replace older models
Bus Éireann’s service from Dublin to London will restart this week
Temperatures to hit highs of 25 degrees as summer set to finally arrive
Amazon Prime Video has just added 51 big movies to its library
Leo Varadkar slams allegations made by "sworn political opponents" after DPP ruling
WATCH: Protester interrupts Good Morning Britain with 'Bye Bye Boris' song
You may also like
1 day ago
One of the most talked about movies of 2022 finally has an Irish release date
4 days ago
QUIZ: How well do you know your Irish history?
5 days ago
QUIZ: Can you name all the counties in Ireland without the letter 'A'?
1 week ago
New €360 million plan announced to tackle gender-based violence in Ireland
1 week ago
Eir prices to increase every April from next year
2 weeks ago
A hidden gem stands out at the top of TripAdvisor's list of the top 10 attractions in Ireland
Next Page