This also caps a massive 2016 for the likes of Lisa Hannigan, We Cut Corners and The Divine Comedy.

The shortlist for this year's RTÉ Choice Music Prize, Irish Album of the Year 2016 has been announced.

Without any further ado... 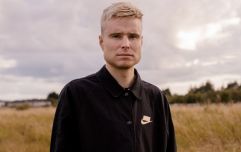 END_OF_DOCUMENT_TOKEN_TO_BE_REPLACED

RTÉ 2fm is celebrating the announcement of the shortlist across its schedule all day today with All Irish Music All Day from 6am to midnight, as well as live sessions by last year’s winner, Soak, and 2012 winners, Delorentos

There will also be a two-hour special on this year's shortlist, presented by Conor Behan from 8pm-10pm.

RTÉ 2fm will continue to mark the announcement of the shortlist this week and beyond through a mix of airplay of tracks from the shortlisted albums, interviews with this year’s shortlisted artists and live performances.

popular
Fish and chips could be removed from Irish menus over rising fuel costs
Netflix has just added 33 very big movies to its library
Increase in passenger charges at Dublin Airport may be on the way
The full list of cancelled flights in and out of Dublin Airport on Monday (so far)
The long-awaited MetroLink is finally happening, for real this time, honest
Jordan Peterson suspended from Twitter over Elliot Page comment, says he won't apologise
Government considering giving public €200 again to assist with rising energy costs
You may also like
3 years ago
SOAK on becoming a role model for Derry and an entire generation of listeners
3 years ago
"It had to have integrity" - How Talos made a show of the 'difficult second album' cliché
3 years ago
Kojaque announces Dublin gig to celebrate one-year anniversary of Deli Daydreams
3 years ago
Here are the nominees for the Irish Album of the Year 2018
3 years ago
Head Above Water - a conversation with Conor O'Brien of Villagers
4 years ago
The winners of the 2017 Irish song and album of the year revealed at the Choice Music Prize
Next Page